This will be TEDxThapaeGate's 3rd event, and first event in collaboration with TEDxChange by the Bill & Melinda Gates Foundation and TED.

TEDxChange 2012 is a global TEDx event co-organized by convened by Melinda French Gates and hosted by Chris Anderson, Over 170 cities and countries including us in Chiang Mai are participating with our own parallel events. TEDxChange will focus on issues surrounding global health and development.

The current economic climate has drawn our focus to immediate needs closest to home. But now, more than ever, it's critical to keep site of the fact that we are part of interdependent, global community. And too many within that community cannot meet their most basic needs: food, clean water, life-saving medical treatment and vaccines.

In this TEDxChange, we'll take a step back and look at the big picture: Why should we, as a society, continue to invest in global health and development? How can we work across borders and political boundaries to make positive change? And what returns can we expect on our investments?

Featuring talks by some of the world's most inspired thinkers and doers, we looked at what changes have taken place around the planet, and what more needs to be done to ensure the health and well-being of future generations.

On April 5, 2012 (in Thailand on the 7th), we'll take a step back and look at the big picture: Why should we, as a society, continue to invest in global health and development? How can we work across borders and political boundaries to make positive change? And what returns can we expect on our investments?

Speakers
Melinda Gates: Melinda Gates serves as co-chair of the Bill & Melinda Gates Foundation. She helps set the overall direction of the foundation, shaping strategies, reviewing results, and advocating for the foundation’s issues. Melinda will discuss family planning and how the power to plan changes the lives of women and their families and improves whole societies. 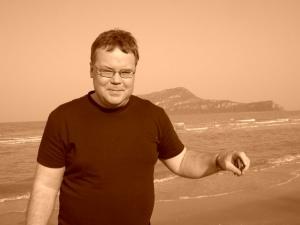