TED Translators are volunteers who subtitle TED Talks to help disseminate knowledge, research and big ideas across languages and borders.

The idea of translating TED Talks came about by popular demand. Passionate viewers around the world started asking if they could translate talks in order to share their favorite ideas and impressive research with friends and family. (Some were even sending us finished translations!) Recognizing a real need — and an opportunity to radically open accessibility — TED developed a system to allow volunteers to translate their most-loved talks into any language.

Meet the winners of our first Review-a-thon!

From March 15 to March 22, the TED Translators program held our first program-wide Review-a-thon. One hundred reviewers and Language Supervisors from 30 language communit...

We’re thrilled to kick off 2022 by opening up applications to join us at TED2022! Selected Translators will have the opportunity to attend TED’s flagship conference and ...

Congratulations to the winners of our third annual TEDWomen subtitling contest!

We’re thrilled to announce that we recently wrapped up our third annual TEDWomen subtitling contest, a precursor to the TEDWomen 2021 conference that’s currently underway i...
See all TED Translator news

Help bring TED into your language. 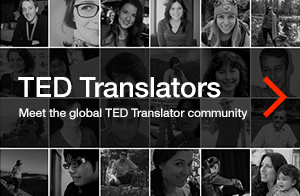