Two or more times a year, a group of industry leaders and impactful people gather for a unique multi-day TED experience — which attendees have described as "the ultimate brain spa" and "a journey into the future in the company of those creating it." Dedicated to TED’s global mission of researching and sharing meaningful new ideas, conference speakers are selected by our curatorial team who identify and investigate ideas and innovations that matter. We invite prominent academics, educators, researchers, philanthropists, environmentalists, scientists, technologists, artists, activists and others to attend and present short lectures – our signature TEDTalks – in their areas of research and expertise. It's a winning formula of brilliant, curious minds and groundbreaking content in an immersive and educational environment.

What is a TED conference?

TED stands for Technology, Entertainment, Design — three broad subject areas that are collectively shaping our world. But a TED conference is broader still, showcasing important research and ideas from all disciplines and exploring how they connect. The format is fast-paced: 50+ talks over the course of three days to a week, in addition to interviews, debates, workshops, activities, interactive exhibits, evening events and parties. The program is designed for attendees and speakers from vastly different fields to connect, cross-fertilize and draw inspiration from unlikely places. This is the magic of TED.

The flagship TED Conference is held annually on the North American West Coast. The breadth of content includes science, business, the arts, technology and global issues. Main stage sessions are each themed, multidisciplinary in nature, and include several TED Talks interspersed with shorter presentations, including music, performances and comedy. The conference also includes talks from the ever brilliant TED Fellows, a series of workshops and activities known as Discovery Sessions, exhibits and activations, curated dinners in smaller groups, evening events and so much more. Learn more

TEDWomen is a three-day conference about the power of women and girls to be creators and change-makers. The program of speakers, workshops, afternoon and evening events — and daring discussions — has sparked some of TED's most iconic moments yet. TEDWomen was first held in Washington, DC in 2010; then in San Francisco, CA in 2013 and 2016; and in Monterey, CA in 2015; New Orleans, LA in 2017; and Palm Springs, CA in 2018 and 2019. TEDWomen 2020 was a virtual gathering connecting five TEDx events simultaneously happening around the world. Learn more

TEDGlobal traveled the world and was slightly more international in nature. The full TED format was maintained, with a wide-ranging roster of speakers and performers for a week of inspiring sessions focused on a region of the world. TEDGlobal was held in Oxford, UK in 2005, 2009 and 2010; in Arusha, Tanzania in 2007 and 2017; in Edinburgh, Scotland in 2011, 2012 and 2013; and in Rio de Janeiro, Brazil in 2014. Learn more

TEDSummit brought together our most engaged community members for five days of in-depth workshops, performances, outdoor activities, future-focused discussions and an eclectic program of TED Talks. The event was designed and devoted to enlightening and inspiring action – emphasizing community interaction, dynamic discussions and collaboration between TED speakers, TED Fellows, TEDx organizers, TED-Ed educators, and some of the most engaged TED attendees. TEDSummit was held in Banff, Canada in 2016 and Edinburgh, UK in 2019.
Learn more

TED also hosts other special events around the globe, some of which are connected to a mission and others that are created in collaboration with partners. The upcoming TEDMonterey in August 2021 will be a uniquely intimate four-day event in the place where TED began: Monterey, California. It’ll be a calling back to our roots with a focus on building a brighter future for everyone.

Countdown Summit will be held in Edinburgh, Scotland in October 2021. This invitation-only, four day event will foster collaboration and commitments to climate action from leaders across many disciplines. The ideas shared here will be further amplified by local events around the world.

The annual TED-Ed Weekend is a youth conference that brings together student leaders from around the world for inspiring performances, hands-on activities, and riveting TED Talks by members of the TED-Ed Student Talks program.

From time to time, TED also hosts events available to the public. In March of 2020, as COVID-19 began to sweep the globe, TED kicked off a free, live and daily conversation series featuring experts whose ideas might help us reflect and work through a difficult time with a sense of responsibility, compassion and wisdom.

Attendance at TED is by application, and the attendees — scientists, CEOs, designers, intellectuals, entrepreneurs, artists — are as extraordinary as the speakers. TED's success is in bringing together the world's most remarkable people across many fields. The result? Unexpected connections. Extraordinary insights. Powerful inspiration.

TED conference memberships come in a variety of levels, and fees differ depending on which conference you want to attend. A portion of most conference fees is tax-deductible, and goes to support TED's free programs, from the widespread distribution of TED Talks videos to supporting the 3,000+ TEDx independent organizers around the globe, TED Fellows, TED-Ed, and more ...

Find out more about attending a TED Conference

Know someone who belongs on the TED stage? We're always accepting nominations.

Find out details about past conferences.

Are you looking for... 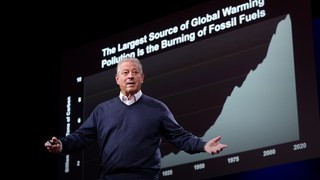 How to make radical climate action the new normal 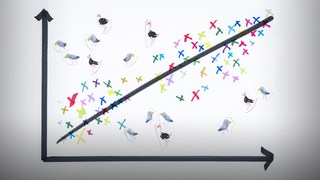 What we miss when we focus on the average 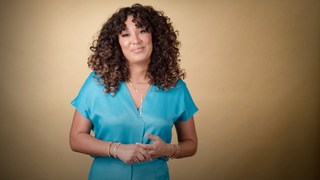 3 rules to help you build a successful business