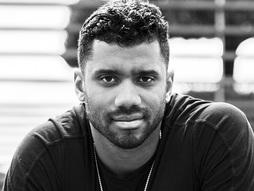 Seattle Seahawks quarterback
@DangeRussWilson Why Not You Foundation
An elite NFL quarterback, entrepreneur and community leader, Russell Wilson is dedicated to excellence.

Drafted by the Seattle Seahawks in 2012, Russell Wilson has led the team to more wins than any other quarterback in team history, including a victory in Super Bowl XLVIII (2013). In 2014, he led Seattle to a second straight Super Bowl berth as a two-time NFC Champion (2013, 2014). He holds the NFL record for most regular season wins by a quarterback in his first eight seasons and the record for the most passing touchdowns in a season by a rookie. He also holds the second-highest passer rating in NFL history, behind Aaron Rodgers. He played collegiate football at North Carolina State and the University of Wisconsin, where he set numerous records and garnered national acclaim.

As an extension of his work on the field, Russell partnered with famed mental conditioning coach Trevor Moawad to found Limitless Minds, a business coaching consultancy dedicated to optimizing performance and enriching culture within some of the world's top organizations. In 2014, he founded the Why Not You Foundation, a nonprofit dedicated to creating real and lasting change in the world by motivating and empowering youth. In 2019, Russell and his wife, singer Ciara, founded Why Not You Productions, a production company focused on scripted and unscripted film, television and digital content projects with inspiring and aspiring narratives and human interest stories. Russell also heads Seattle-based West2East, a brand management, creative content and production company.

Russell established the Russell Wilson Quarterback Academy to develop quarterback prospects using a unique and cutting-edge curriculum based on his own experiences and knowledge. The quarterback school exists as an extension of the Russell Wilson Passing Academy (RWPA), a summer football camp for children of all ages. Since its inception in 2012, the RWPA has held camps in nine cities and worked with more than 9,000 children. 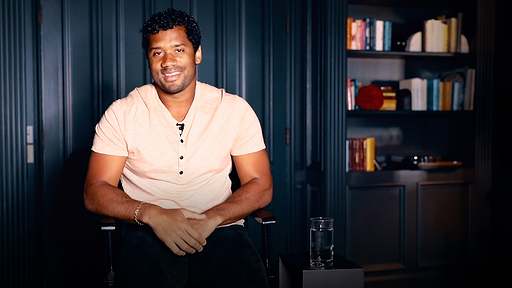 My secret to staying focused under pressure

There’s a theory that the shock we’re currently experiencing is intense enough to force a radical reset of our values — of how we are and how we act. In an idea-packed session 2 of TED2020, speakers from across disciplines and walks of life looked to this aspiration of a “values reset,” sharing new thinking […]