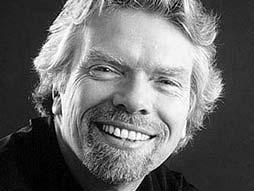 He's ballooned across the Atlantic, floated down the Thames with the Sex Pistols, and been knighted by the Queen. His megabrand, Virgin, is home to more than 250 companies, from gyms, gambling houses and bridal boutiques to fleets of planes, trains and limousines. The man even owns his own island.

And now Richard Branson is moving onward and upward into space (tourism): Virgin Galactic's Philippe Starck-designed, The first Burt Rutan-engineered spacecraft, The Enterprise, completed its first captive carry in early 2010 and is slated to start carrying passengers into the thermosphere in 2012, at $200,000 a ticket.

Branson also has a philanthropic streak. He's pledged the next 10 years of profits from his transportation empire (an amount expected to reach $3 billion) to the development of renewable alternatives to carbon fuels. And then there's his Virgin Earth Challenge, which offers a $25 million prize to the first person to come up with an economically viable solution to the greenhouse gas problem. 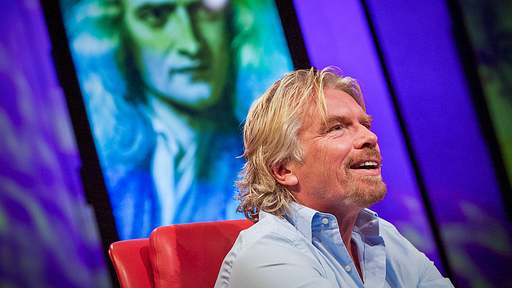 Bored with Earthly beach destinations this summer? Does the word “Carribbean” not ring exactly, well, “exotic” these days? With this week’s news that (highly acidic) water has been tasted on Mars and an ethane lake has been discovered on Saturn’s moon Titan, perhaps it’s time to investigate otherworldly destinations for fun in the surf. Grab […]

Branson and the climate crisis: What would Winston do?

British multi-entrepreneur and TEDster Richard Branson (watch his TEDtalk) may be in a pretty bad business when it comes to pollution — airlines, among others — but he is an eco-convert. On Tuesday he told the Global Humanitarian Forum‘s first gathering in Geneva, Switzerland, that he favors “polluter-pay” policies and that the climate crisis should […]

When Richard Branson was at school, his headmaster predicted he would wind up either a millionaire or in jail. Since then, he’s done both. He talks to TED’s Chris Anderson about the ups and the downs of his career, from his multibillionaire success to his multiple near-death experiences, from Virgin’s line of spacecraft to the […]