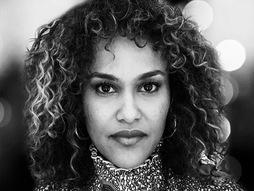 Mehret Mandefro champions the creative arts as a path to developing a more just society. As a member of the Jobs Creation Commission of Ethiopia's Advisory Council, she has helped advocate for and shape policies that will enable the creative sector to thrive and serve as an engine for economic growth.

Mandefro draws on her interdisciplinary training as a physician and anthropologist to create compelling narratives she calls "visual medicine." She cofounded the multimedia production companies Truth Aid in New York and Area 51 Films in Ethiopia and is executive producer of Kana Television. Mandefro also coordinates Ethiopia Creates, a multidisciplinary effort dedicated to strengthening Ethiopia's creative economy, and is cofounder of Realness Institute, which aims to build the film and television industry across Africa.

Mandefro's filmmaking credits include the Sundance and Berlinale Audience Award winner Difret, the New York Times Critic's Pick Little White Lie, the Primetime Emmy-nominated American Masters documentary How It Feels To Be Free, the viral digital series The Loving Generation, and showrunner of Ethiopia's first-ever hit teen television drama Yegna: The Story of All of Us.

Mandefro holds a BA in anthropology from Harvard University, a MD from Harvard Medical School, a MSc in public health from the London School of Hygiene and Tropical Medicine as a Fulbright Scholar and a PhD in cultural anthropology from Temple University. She is an alumna of the Sundance Institute's New Voices Lab, Film Forward, American Film Showcase, and is a 2021 EAVE Producers Workshop participant.

How can we make advances in technology that don’t require massive job losses? Work with nature to protect both the planet and humanity? Ensure all people are treated equitably? In a day of talks, interviews and performances, 17 speakers and performers shared ideas about a future in which people, technology and nature thrive interdependently. The […]