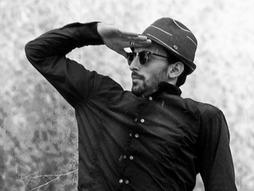 Street artist
INSIDE OUT @JR @JRart
With a camera, a dedicated wheatpasting crew and the help of whole villages and favelas, 2011 TED Prize winner JR shows the world its true face.

Working anonymously, pasting his giant images on buildings, trains and bridges, the often-guerrilla artist JR forces us to see each other. Traveling to distant, often dangerous places -- the slums of Kenya, the favelas of Brazil -- he infiltrates communities, befriending inhabitants and recruiting them as models and collaborators. He gets in his subjects’ faces with a 28mm wide-angle lens, resulting in portraits that are unguarded, funny, soulful, real, that capture the sprits of individuals who normally go unseen. The blown-up images pasted on urban surfaces -– the sides of buses, on rooftops -- confront and engage audiences where they least expect it. Images of Parisian thugs are pasted up in bourgeois neighborhoods; photos of Israelis and Palestinians are posted together on both sides of the walls that separate them.

JR's gained widespread attention for his project, "Women Are Heroes," which depicted women "dealing with the effects of war, poverty, violence, and oppression” from Rio de Janeiro, Phnom Penh and Delhi to several cities in Africa. His TED Prize wish opened an even wider lens on the world. With the prize, he launched INSIDE OUT -- a global participatory art project. INSIDE OUT invites everyone to share their portrait and transform messages of personal identity into public art.

“'INSIDE OUT' can be thought of either as an extreme diminishment of artistic ego or as a celebration of it, with the artist’s brand propagated by many clones.” — The New Yorker 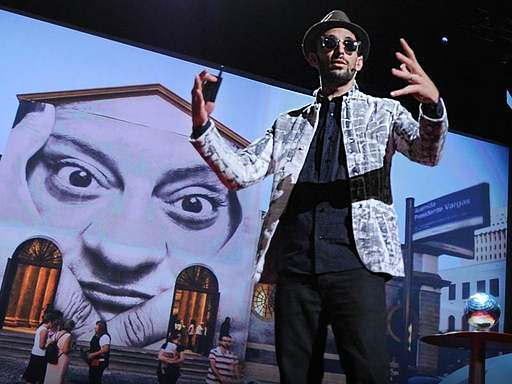 My wish: Use art to turn the world inside out 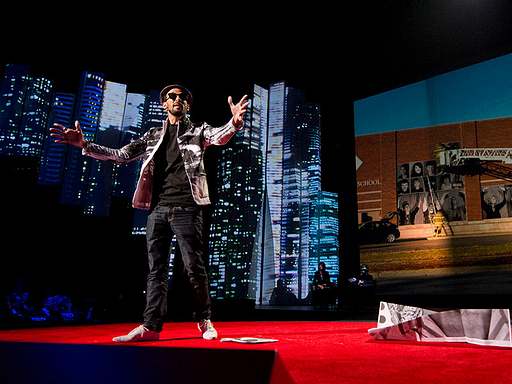 One year of turning the world inside out

More news and ideas from JR

What Now … for health and happiness? Notes from Session 2 of TEDWomen 2021

For Session 2 of TEDWomen 2021, seven speakers shared ideas and insights on everything from mental health and family structures to how to uplift personal and collective dignity. The event: TEDWomen 2021: Session 2, hosted by TED’s head of curation Helen Walters in Palm Springs, California on December 2, 2021 Speakers: Charles C. Daniels, Jr., […]