Photographer
edwardburtynsky.com Website: WorldChanging.org Website: Gallery at Tufts University
2005 TED Prize winner Edward Burtynsky has made it his life's work to document humanity's impact on the planet. His riveting photographs, as beautiful as they are horrifying, capture views of the Earth altered by mankind.

To describe Canadian photographer Edward Burtynsky's work in a single adjective, you have to speak French: jolie-laide. His images of scarred landscapes -- from mountains of tires to rivers of bright orange waste from a nickel mine -- are eerily pretty yet ugly at the same time. Burtynsky's large-format color photographs explore the impact of humanity's expanding footprint and the substantial ways in which we're reshaping the surface of the planet. His images powerfully alter the way we think about the world and our place in it.

With his blessing and encouragement, WorldChanging.com and others use his work to inspire ongoing global conversations about sustainable living. Burtynsky's photographs are included in the collections of over 50 museums around the world, including the Tate, London and the Museum of Modern Art and the Guggenheim in New York City. A large-format book, 2003's Manufactured Landscapes, collected his work, and in 2007, a documentary based on his photography, also called Manufactured Landscapes, debuted at the Toronto Film Festival before going on to screen at Sundance and elsewhere. It was released on DVD in March 2007. In 2008, after giving a talk at the Long Now Foundation, Burtynsky proposed "The 10,000 Year Gallery," which could house art to be curated over thousands of years preserved through carbon transfers in an effort to reflect the attitudes and changes of the world over time.

When Burtynsky accepted his 2005 TED Prize, he made three wishes. One of his wishes: to build a website that will help kids think about going green. Thanks to WGBH and the TED community, the show and site Meet the Greens debuted at TED2007. His second wish: to begin work on an Imax film, which morphed into the jaw-dropping film Manufactured Landscapes with Jennifer Baichwal. And his third wish, wider in scope, was simply to encourage "a massive and productive worldwide conversation about sustainable living." Thanks to his help and the input of the TED community, the site WorldChanging.com got an infusion of energy that has helped it to grow into a leading voice in the sustainability community.

In 2016, he won a Governor General's Award in Visual and Media Arts for his work.

“One possible rap against his portfolio -- it prettifies the terrible. Burtynsky calls his images 'a second look at the scale of what we call progress,' and hopes that [they] acquaint viewers with the ramifications of our lifestyle.” — Washington Post 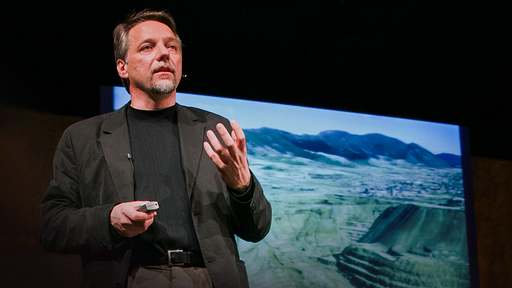 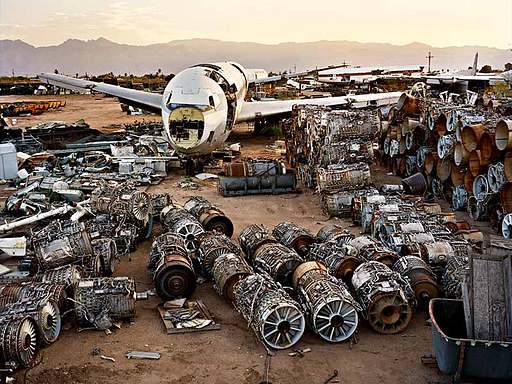 Photographing the landscape of oil

English-born photographer Robert Leslie drove a total of 10,000 miles across the American South and Southwest. What he found was not a prosperous land of opportunity but a storm-torn region in decay.

Gallery: The power of water

In his large-scale projects, Canadian photographer Ed Burtynsky considers the impact of man on the natural world. In this gallery of images and a TED Talk, filmed in Vancouver in 2014, he introduces his latest project, Watermark, which focuses on humanity's complicated relationship to water — how we use it and abuse it, and how that shapes our world.