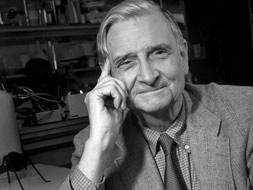 Biologist
Half-Earth The Creation The Diversity of Life
Biologist E.O. Wilson explores the world of ants and other tiny creatures, and writes movingly about the way all creatures great and small are interdependent.

One of the world's most distinguished scientists, E.O. Wilson is a professor and honorary curator in entomology at Harvard. In 1975, he published Sociobiology: The New Synthesis, a work that described social behavior, from ants to humans.

Drawing from his deep knowledge of the Earth's "little creatures" and his sense that their contribution to the planet's ecology is underappreciated, he produced what may be his most important book, The Diversity of Life. In it he describes how an intricately interconnected natural system is threatened by man's encroachment, in a crisis he calls the "sixth extinction" (the fifth one wiped out the dinosaurs).

With his most recent book, The Creation, he wants to put the differences of science- and faith-based explanations aside "to protect Earth's vanishing natural habitats and species ...; in other words, the Creation, however we believe it came into existence." A recent documentary called Behold the Earth illustrates this human relationship to nature, or rather separation from an originally intended human bond with nature, through music, imagery, and thoughtful words from both Christians and scientists, including Wilson.

“He more than anyone understands the relationship between genes and culture -- and it started with his ants.” — The Guardian 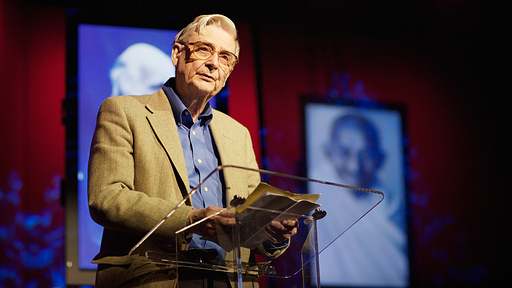 My wish: Build the Encyclopedia of Life

Advice to a young scientist

A know-it-all gets another chance, JR quips with Stephen Colbert and a plan to give half the planet back to wildlife

Members of the TED community sure were busy this week. Below, some highlights: Legendary biologist E.O. Wilson has come out with a bold idea: that we set aside half of Planet Earth for wildlife. If we don’t, he warns, he sees us hurtling toward a “biological holocaust” that could send us the way of the […]

Encyclopedia of Life: A primer in primary colors

When biologist E.O. Wilson won the TED Prize in 2007, he wished that we all “work together to help create the key tool that we need to inspire preservation of Earth’s biodiversity.” With that, the Encyclopedia of Life began the outrageous task of cataloguing all of the Earth’s known species. Cynthia Parr spoke at TED2012 to give updates on […]