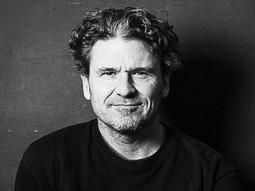 Author, publisher, education activist
daveeggers.net youthwriting.org 826valencia.org
Writing is only his day job: Dave Eggers moonlights as a publisher, philanthropist and advocate for students and teachers.

Dave Eggers is the author of many books, among them The Every, The Circle, The Monk of Mokha, A Hologram for the King, What Is the What and The Museum of Rain. His books for young readers include What Can a Citizen Do?, Her Right Foot, This Bridge Will Not Be Gray, The Lifters and The Wild Things, among others. His novel What Is the What, about the life of Valentino Achak Deng, a refugee from the civil war in South Sudan, gave birth to the Valentino Achak Deng Foundation, run by Mr. Deng, which operates secondary schools in South Sudan. He is founder of McSweeney's, an independent publishing company based in San Francisco that produces books, a humor website, the Believer magazine, Illustoria magazine and a journal of new writing, McSweeney's Quarterly Concern.

Eggers is the cofounder of 826 Valencia, a youth writing and tutoring center in San Francisco which has inspired more than 60 other organizations around the world. His work in education and activism also includes cofounding the Voice of Witness book series of social justice oral histories, founding college-access organization ScholarMatch and cofounding the International Congress of Youth Voices. He is co-editor of I,Witness, a series of first-person narratives by young activists for readers ages 9 to 12.

Eggers is winner of the Muhammad Ali Humanitarian Award for Education, the Dayton Literary Peace Prize, the TED Prize and has been a finalist for the National Book Award, the Pulitzer Prize and the National Book Critics Circle Award. His TED Prize wish is for more people to join him in becoming involved in their local schools, via Once Upon A School and other local efforts.

“Many writers, having written a first best-seller, might see it as a nice way to start a career. He started a movement instead.” — Time 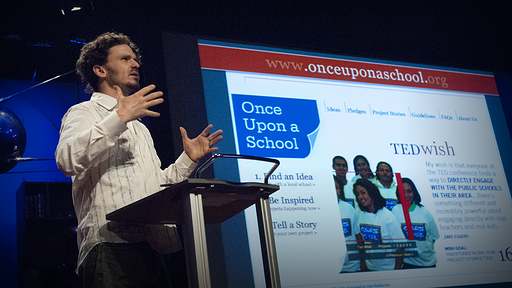 My wish: Once Upon a School

A science fiction and fantasy reading list for teen creativity

The "app generation" struggles with creative writing — as a new study shows, they’re turning into realists. Here’s a mini summer reading list that might inspire some wild thinking.

The blogosphere is all a-blog of a new cringe-inducing spoof published at McSweeney’s. Its title, “Atlas Shrugged Updated for the Current Financial Crisis” sums it up well enough. But here’s an excerpt: “I heard the thugs in Washington were trying to take your Rearden metal at the point of a gun,” she said. “Don’t let […]

Join GOOD Magazine's Project 012: Once Upon a School

As part of its new Education Issue, GOOD Magazine is holding an open call for new projects that answer the question: How can you help local public-school children? You can browse some project ideas on GOOD’s website, and submit your own great idea for helping local schools. Then take the next step with your project […]