Christine Sun Kim uses the medium of sound through technology and conceptualism in art, as it enables her to have the most direct connection to society at large.

She rationalizes and reframes her relationship with sound and spoken languages by using audience’s voice as her own, conducting a group of people to sing with facial movements (rather than sound), composing visual scores with sign language and musical symbols. These attempts are made to raise questions on ownership of sound, explore oral languages as social currency, deconstruct preconceived ideas about silence, and above all, unlearn sound etiquette. 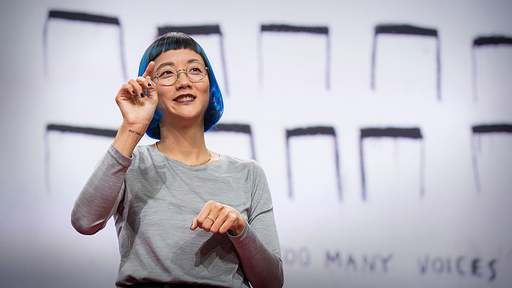 The planet is in peril, and the time to act is now. Meet 8 TED Fellows who are spreading the message through their art.