What do we actually mean with "Convergence", a term frequently applied in a research context in Korea but hardly known as such in the rest of the world. How does it relate to interdisciplinary/transdisciplinary science? What is the role of collaboration in research on a convergence theme? What are the gains from a convergence approach?

Dr. Kwisun Park is a research administrator in the Division of Electrical Engineering, Information Science and Convergence Research, National Research Foundation of Korea (NRF). After completing B.S. on Environmental Engineering at Ulsan University, she continued M.S. and Ph.D. on Water Resources Management at Old Dominion University, USA. She also has been an active member of TBP(Tau Beta Pi) and XE(Chi Epsilon) since 2005. Her talk will be about the NRF perspective on Convergence that what the convergence is and how it can be distinguished, which convergence researches are pursued and what NRF expects from those researches. Her recent research interests are in developing a framework for convergence R&D support, conducting review process for awarding creative and transformative convergence R&D projects and strategic planning for the promotion of R&D result diffusion.

How he start to cook is running vegetarian Korean restaurant named 풀잎사랑 in 1998 by chance. It was before the ‘well-being’ culture get popular in Korea as well as IMF period which korean nation were suffering from economic break, but he jump into the restaurant business. Until before, the Korean recipe was unformulated that he tried to standardization of Korean recipe with weighting of sauce and researching for developing cookery as well as create vegetarian dishes which distinguished from temple dish. 5years later, he changed restaurant name to’초록바구니’ with motto for nature healthy meal and move to Seoul Ichon dong. 초록바구니 suggested Western course meal based on macrobiotic and move on for gentrify of Korean food. For globalizing Korean food, he is translating Korean traditional food into modern which is breaking stereotype of Korean tradition and adding styling to Korean food. His cook is suggesting the use of new ingredient as well as sustain the characteristic taste of Korean traditional He wrote ‘nature’s Korean Cuisin Recipe’ in 2007 and ‘The First Step to Molecule Cooking’ in 2009.

Younghui Kim is a wearable media artist who finds her inspiration from everyday things or reactions she observes in different cultures. Over a decade, she has been exploring the field of new media art, such as wearable technology art, where she has combined physical computing technology with soft textile design in order to create new bodily interface in wearable. Her wearable art projects were presented in numerous exhibitions worldwide such as SIGGRAPH 2004 E-tech Gallery, Gwangju International Design Biennale 2005, FutureFasion 2006 in Pisa, Social Fabrics 2008 in Dallas, HCI Korea 2010, DALSMA 2011, ISEA 2011 in Istanbul, Solo Exhibition ‘Bottari’ 2011, Art Center Nabi ‘Lay Artists’ 2012, Media City Seoul 2012, CHI 2013 in Paris, and Solo Exhibition ‘RUNNING: Demystifying Wearable Media Art’ in Seoul, 2013. Younghui is from New York and has joined Hongik University (Sejong) in Korea as an assistant professor since 2007 and has been teaching and researching interactive art and design at the dept of Digital Media Design. Younghui received her Masters degree from at ITP, Tisch School of the Art, New York University and her BFA degree from the Parsons School of Design in New York.

Sand [Media] Artist Doowon Yoo uses sand as a main material in his work in media arts. As a young media artist, he has experimented with new inter-media formed interactions using sand. His work aims to express unexpected feelings with the theme which contains orientalism and digital psychotherapy. These experiments did not begin on a positive path, and it brought him numerous failures. Not as an expert, but as a starting media artist, there was no doubt. Ironically, the failure experience was not the thing he expected. Doowon Yoo is a researcher and currently a graduate student in the Graduate School of Culture Technology at KAIST.

Jongsun Lee is a contemporary pianist in South Korea with a Bachelor degree in Piano Performance from Ewha Womans University and a Masters in Piano Performance from the University of Michigan. Beginning her piano career at the age of 6 she has won numerous competitions such as The Korea Music Competition, Donga Music Education News Concours, Price of Korea Piano Duo Concours, and the Italy Verbania International Music Competition. She finds pleasure in creating a single harmony in music by working with other artists and has been involved in both chamber music and collaborative performances. In 2012 Jongsun Lee used projection mapping during a performance of George Crumb to illustrate the uniqueness of the score, beginning her interest into more contemporary work. This work led to the world premiere of composer Diana Dabby’s “Fuente y Variación” in May 2013, a piece that used chaotic mapping and computer algorithms. For TEDxSNUSuwon Jongsun Lee will be discussing her life as a contemporary pianist in South Korea, where a more classical approach to music is dominant, and what the value of collaboration is for a pianist and a composer.

Speaker Eunjin Kim is a painting conservator at the National Museum of Modern and Contemporary Art, Korea. After completing her study at KAIST majoring in industrial design, she started a new study in conservation of fine art in the UK. She always thinks that she was destined to witness the restoration of Michelangelo’s fresco in Sistine Chapel and regards that moment as the discovery of her vocation. Whenever she comes across the works of art for conservation treatments, she tries to listen to their history and stories and does her best to extend their lifespan as long as possible. At TEDxSuwon she will tell us how art and science meet and react in the field of art conservation. Also she intends to share her source of trouble in preservation of ephemeral contemporary art.

Lynn Ilon is a Professor in the College of Education, Seoul National University in the Republic of Korea. She specializes in global knowledge economics and global learning systems and applies this specialization, generally, to poor countries. As such, her scholarly work centers of how to bring together the disparate worlds of rich & poor, global & local, applied & theoretical. Dr. Ilon has worked in the parallel worlds of academia and field work for decades having lived in the Pacific Islands (Micronesia, 3 years), the Middle East (Jordan, 1 year), Africa (Zimbabwe, 2 years; Zambia, 2 years), her native North America and now South Korea (over 4 years). In addition, she has done fieldwork and other professional work in dozens of other countries spanning several regions of the world. She has consulted for multilateral, bi-lateral organizations, regional and World banks and global and local NGOs. She is currently working on an innovative knowledge-economic design for an alternatively research/higher education institution in Southern Africa by helping design and build a local NGO (www.gkalinks.org). Dr. Ilon holds degrees in Anthropology (B.A.), Educational Research & Statistics (M.S.), Economics (M.S.), and International Development Education (Ph.D.).

Myungdae Cho received his B.S. in Library and Information Studies from SungKyunKwan University, Korea, in 1982 and his MSc in Information Science from Loughborough University, UK, in 1985, as well as a MA in the field of Information Resources Management from Syracuse University, USA., in 1988. He earned the Ph.D. degree in Information Science from SungKyunKwan University, Seoul, in 2008. He is teaching Introduction to Ontology Technology and Web Application Systems in the Graduate School of Convergence Science and Technology, Seoul National University, Seoul. He currently also runs, as center head, Linked Data Research Center, at the Seoul National University. The center, affiliated with the Advanced Institute for Convergence of Technologies, is focusing on the Development of Annals of Chosun Dynasty as Linked Data on top of his previous Linked Open Data Project, ‘The Bible Ontology.’ He is one of the leading authorities of the Linked Open Data Project in Korea. As the vice president of the Korean Association of Data Science he believes Data is the main source for a Creative Economy. His dream is fulfilling Data-Centric Art and Science.

Jaeheung Park received the B.S. and M.S. degrees in Aerospace Engineering from Seoul National University, Korea, in 1995 and 1999, respectively, and the Ph.D. degree in Aeronautics and Astronautics from Stanford University, U.S. in 2006. From 2006 to 2009, He was a Post-doctoral researcher and later a Research Associate at Stanford Artificial Intelligence Laboratory. From 2007 to 2008, he worked part-time at Hansen Medical Inc., a medical robotics company in U.S. Since 2009, he has been an assistant professor in the department of Intelligent Convergence Systems at Seoul National University, Korea. His research interests lie in the areas of robot-environment interaction, contact force control, robust haptic teleoperation, multicontact control, whole-body dynamic control, biomechanics, and medical robotics. 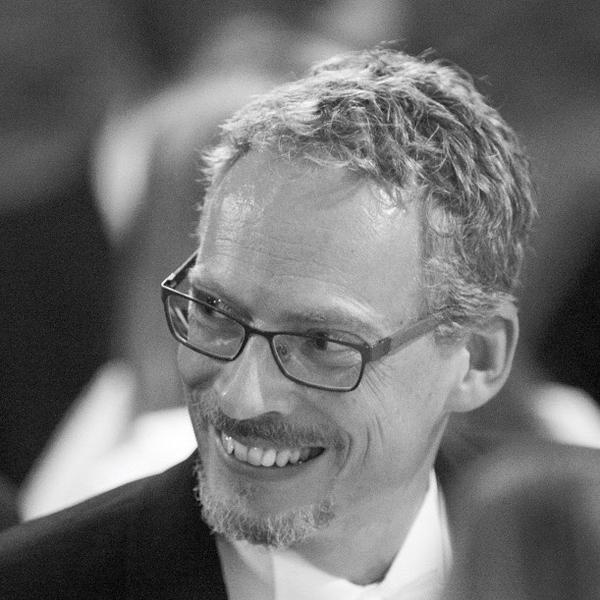