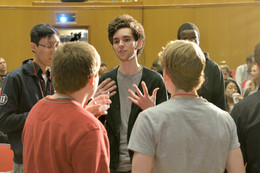 Ann Hagedorn is an award-winning author of five narrative nonfiction books, most recently The Invisible Soldiers: How America Outsourced Our Security, published by Simon and Schuster in 2014. She is a graduate of Denison University where she majored in History. She also holds advanced degrees from the University of Michigan and Columbia University as well as an Honorary Doctorate of Humane Letters from Denison. She has taught narrative nonfiction writing in adjunct posts at Columbia University’s Graduate School of Journalism, Northwestern University’s Medill School of Journalism, Xavier University and Miami University. A former staff writer at The Wall Street Journal, her books have been reviewed in Time, The New York Times, The Los Angeles Times, The Washington Post, The Chicago Tribune, USA Today, The Wall Street Journal, and The New York Review of Books, among others.

Emir Aden Dini is an honorary member of Pi Sigma Alpha and a senior Political Science student at OSU. In 2014, Emir founded the Institute for the study of Humanoid Robotics and Society, An advocacy group calling for responsible governance of emerging technologies. As an independent researcher, Emir has created forecasts on the economic, social, diplomatic, scientific and defense implications of emerging robotic technologies.

Joan M. Herbers is Professor of Evolution, Ecology & Organismal Biology and of Women’s, Gender, & Sexuality Studies at the Ohio State University. Trained as an ecologist, she studied the inner workings of ant colonies for most of her academic life. A few years ago, she developed a second career concerned with gender equity in academia. She is author of the recently-published Part-time on the Tenure track (John Wiley & Sons).

Jordan is a senior at Denison University majoring in International Studies and Women's Studies with a minor in German. She was born and raised in Saint Louis, Missouri. She spent a gap year after her high school graduation in Waltrop, Germany with Rotary International. After coming to Denison in the fall of 2011, she developed an interest in post-conflict peace studies and decided to spend a semester with SIT Study Abroad Rwanda: Post-Genocide Restoration and Peacebuilding program during the second half of 2013. Jordan has interned with several NGOs in the US that work internationally and hopes to continue studying international peacebuilding through engaged learning. In her free time, Jordan enjoys watching Friends and eating pizza rolls.

Megan Hancock is a museum professional and designer currently serving as the communications and outreach coordinator at the Denison Museum. She received her undergraduate degree in Studio Art from the College of Wooster and her masters in Modern Art, Connoisseurship and the History of the Art Market from Christie’s Education in New York City. Megan has worked with several museums to develop brand and marketing materials, PR, and social media. In addition to her work curating shows, developing educational programming, and mentoring students, she also consults with contemporary artists on marketing and gallery placement. Megan worked as a professional photographer both in New York and here in the midwest before returning to graduate school and the museum world.

Megan is a senior Communication major from Chicago, IL. She is incredibly passionate about social justice, leadership development, college access, and prison reform and will be returning to the city next year to work with Chicago’s young people. She is excited and very thankful for the opportunity to present at this year’s TEDxDenison! 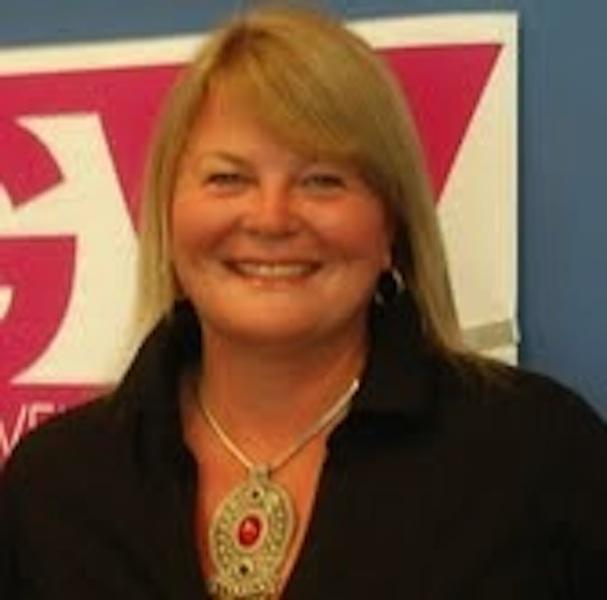