TEDxYouth@HAU is an event modelled after the TEDx conferences, aimed solely at young people and focused on learning – the learning that is done beyond classrooms, blackboards and conventional lessons. Learning as a result of an experiential and interactive experience, learning designed to engage, entertain, inspire, spark curiosity and encourage young adults to explore and discover beyond the boundaries of their school curriculum. An alternative method of learning that seeks to involve students in the learning process, which is based on the openness of educational institutions and the nurturing of creativity.

The aim of TEDxYouth@HAU is to bring together people with interesting ideas that will stimulate the minds of teenagers, encourage them to actively participate in the learning process and give them a new drive and motivation.

In other words, it will attempt to bring students and their teachers in contact with people who will present them with a new perspective on the educational process and show them what they can achieve if they dare think outside the box.

Lida Tsene holds a PhD from Panteion University, Department of Communication, Media and Culture. Apart from academic books on corporate and media responsibility, social media, storytelling, educational innovation and cultural management, she reads loads of comics. She tries to share everything she learns, and that’s the reason why she participates in many conferences and also organizes educational workshops. She likes to talk a lot about the things she is passionate about, so she is collaborating as teaching associate with several academic institutions and she is also Public Relations, Art and Educational Manager of Comicdom Press. She believes in the power of networks, that’s why she has friends all over the world.

Marios Christoulakis graduated in 2008 from the Department of Electronic and Computer Engineering of the University of Crete. Currently he studies for his postgraduate degree at the same department in the Distributed Multimedia Information Systems and Applications Laboratory (http://www.music.tuc.gr/). His research interests include e-learning and serious games applications. He has worked in many research programs of the European Union and now works in the European project ALICE (http://www.alice-llp.eu/) and program eShadow (http://eshadow.gr/) which is an under development research application. EShadow enables children and adults to create digital shadow theater stories. EShadow is already used by dozens of teachers, particularly in primary schools, to create educational performances, which deal with issues like the economic crisis, environmental protection and traditional Greek songs. For eShadow, Marios Christoulakis collaborates with the professor of the Distributed Multimedia Information Systems and Applications Laboratory, Nektarios Moumoutzis and the postgraduate student at the University of Crete, Andreas Pitsiladis.

Themis Gkion is the founder of Flow Athens. He re-imagines informal education, by designing learning-experiences that spark creative curiosity, encourage disruptive solutions and cultivate skills and competencies, important for life, now and in the future, also known as 21st century skills. He studied Mechanical Engineering at NTUA and set up the R&D department for a textile-machinery manufacturer. He gained understanding of the financial markets as a derivatives trader in banking and holds an MBA degree from INSEAD. He delved into human psychology through additional Pedagogical studies. He curated Hive Athens Pop-Up Event and co-directed TEDxAthens Challenge. Themis loves games and challenging puzzles. He enjoys seeing the world through his camera lens. He relaxes when in contact with nature and water. He enjoys the occasional bike ride in the mountains.

Emmanuel Olayinka Afolayan also known as Mc Yinka is a musician with fifteen years of experience in experimenting with musical genres like hip-hop, drum ‘n’ bas, funk and reggae. He has cooperated with various music groups like Adiaspasti Ousia, Paragontes, Antixoes Paragoges (along with members from FFC and Anaflexi), Listen up urban sound (along with Espeekay) Direct Connection, Boogie Base, Streetbuzz, Dr. Vodkatini, Dj Blend, Pallyria, Spy f, Zakula and more recently with Imam Baildi as well as with Filippos Pliatsikas for his record OMNIA were he contributed to the songs “Poios ehei logo stin agapi” and “An borousa ton kosmo na allaza”. He has performed in international festivals like Roskilde Festival, Sziget Festival, Lowlands Festival, Synchfestival, Samothraki Dance Festival, Rockwave Festival and European Music Day. He has been a support act for internationally renowned artists such as Method Man, Skatalites, Orishas, Delinquent Habits, Ghostface Killah, DJ Vadim and Nneka.

Maria Saridaki studies games in their different applications within and beyond the digital world. She is a researcher of the Laboratory of New Technologies at the University of Athens and co-founder of Athens Plaython, a community aiming to upgrade city life through games. She deals with the usage of the game experience for persons with and without disabilities while also participating in international groups for research and development of games as education, creativity and communication media. Together with the Athens Plaython team, she has been organizing gaming festivals in the city, playful experiences as well as workshops for games design and usage. Her work has been presented at festivals, conferences and museums in Greece and abroad (National Museum of Contemporary Art, Hellenic Cosmos, ITAG GameCity Festival, Playpublik Festival etc.). In 2011, she organized the first exhibition of “serious” digital games in Athens, in 2012 she co-hosted the first Global Game Jam in Greece and in 2013 she organized the Athens Plaython Talks conference.

Alexandra Asimaki was born in 1988 and showed an interest in sports from a very young age. She became involved in water polo at the age of 13, being member of the Nautical Club of Vouliagmeni. With the exception of her participation for one year –at the age of 18- in the Spanish league, she continues to play water polo for the Nautical Club of Vouliagmeni, winning several Greek championships, two European Cups (2009 and 2010) and 2 Super Cup. From 2003 she was member of the Junior National Team and in 2005 she became member of the Women's National Team for the first time. With the Greek National team she took part in the Olympic Games in Beijing (2008), and won two silver medals in the European championships (2010- Zagreb and 2012- Eidhoven) and 4 medals in the World League, 1 gold and 3 bronze. In 2011, the team was awarded the Gold Medal at the 14th FINA World Championship in Shanghai. Asimakis’ appearances in this tournament led to her being awarded as the best European and best World female water polo player for the year 2011.

Christos Ioannidis was born in Athens, Greece. He studied Physics in Athens University and Music in the University of Ottawa, Canada. He has been a high-school teacher since 1990. In 2004 he created and directed a student magazine called “Schooligans”, which has been published nationwide as an inset in the newspapers “Eleftherotipia” and “Τa Nea”. In 2005 he created a music festival called “Schoolwave”. Highschool and student bands from Greece and Europe come to Athens every July and play their own music on a huge stage in front of thousands of peers. In the past 10 years, Schoolwave has become the biggest school festival in Europe with over 5,5 million views on Youtube. 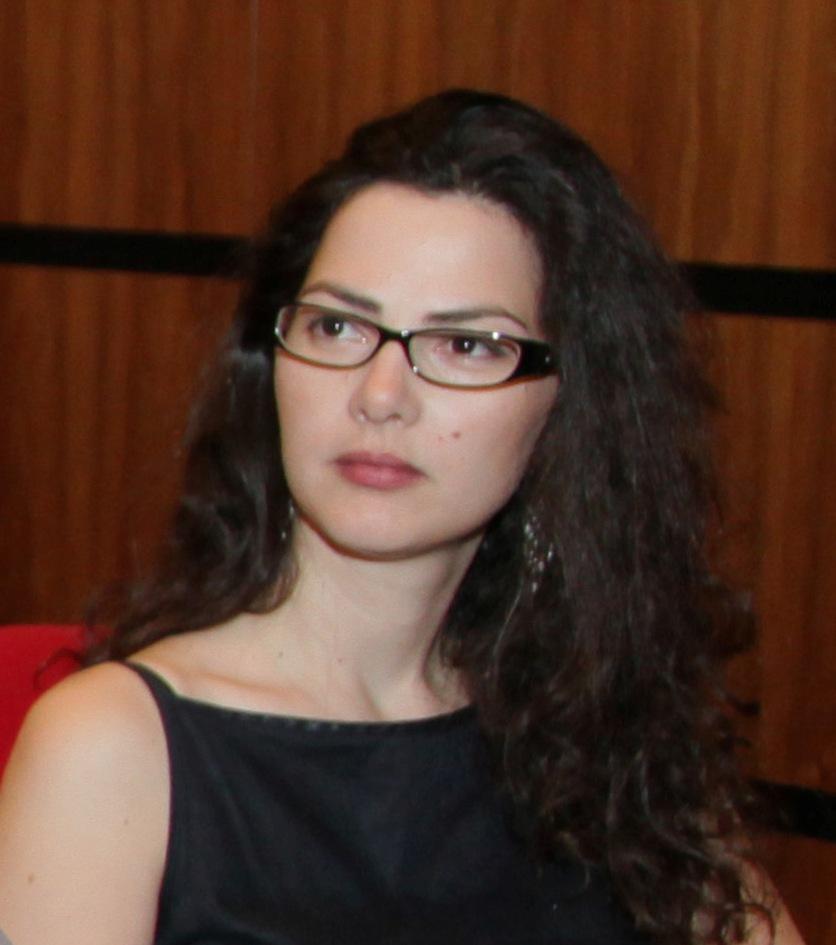