A great idea can be the start of a great revolution. At UTM Shillong, we're passionate about ideas, that can change our world for a better tomorrow.

TEDxUTMShillong is our way of sharing and spreading life changing works of individuals and societies at large, esp. from the unexplored abode of clouds "Meghalaya" in North-East India !

With the start of this amazing TEDx tradition at UTM Shillong, we wish to cultivate the seeds of curiosity, inspirational work, great ideas etc.in the hearts and minds of every individual around us, most importantly, our students, who hold the key to a sustainable future.

Come, Be a part of TEDxUTMShillong !

Daniel Syiem designer from North East ,know for his ethnic collection showcase his designs at the North East Fashion Fest -Delhi Chapter. The 2nd edition of the biggest festival to promote North East Travel & Tourism, Sericulture, Art, Fashion, Culture, Literature and Music Basics Concepts & Marketing Pvt. Ltd. in association with Home Ministry of India - NE Division and National Textile Corporation presents the second edition of the North East Festival 2013- Delhi Chapter, an effort to embolden NE markets. Celebrity & Brand Ambassador Soha Ali Khan, the regal princess, who is marked as one of the prime fashion icons amongst the youth would be endorsing the legacy and rich culture of NE.Daniel Syiem knew that the fashion world was his destination when he realized his true vocation- fashion. Recently, he showcased in the Lakme Fashion Week Summer/Resort 2013 in the Emerging category.

Born in India, he have been educated in Canada , Italy, UK and the USA. With the experience of working in fields like telecommunications, automotive , media and consumer electronics , he has been associated with brands like Indesit , TV9 and Mercedes in the past and invented the innovation measurement tool "Strategic Innovation Cube". An executive assistant to Dr. Renee Mauborgne ( advisory board member to president Barack Obama) at the World Business Forum 2010 and a speaker at the EU- African Summit at the European Parliament in 2013. Now as the founder of BRICS Forum, he is also hosting a socio-political talk show "Arambham" in the state of Andhra Pradesh.

Pius Ranee was born and raised in Nongtraw - a quiet and quaint village located in East Khasi hills, Meghalaya, India. Showcasing his active interest and leadership skills during different occasions such as public speaking and his ability to represent different community organizations, his community collectively encouraged him to aspire for a larger role in society. Having finished his studies at a village level, his motivation and endurance led him to pursue further studies. Taking a deeper interest in rural development, he decided to educate himself at St. Edmunds College attaining a graduate and postgraduate degree in Social Work. Five years at Edmunds, Pius harnessed the knowledge gained and began churning it into a more specific arena -- Food and Agro-ecology.

Pradyot Bikram Manikya Deb Barma , also known as P.B.K Manikya (born July 4, 1978), is the head of the Royal House of Tripura. He was born and brought up in Delhi, India.He is the current General Secretary of the Tripura Pradesh Congress and also the Editor of TNT-The Northeast Today Magazine. The present Maharaja Pradyot Bikram Kishore Manikya Deb Burman is the 186th ruler of the dynasty who took over after the death of his father Late Maharaja Kirit Bikram kishore Manikya Deb Burman. He is - Chairman of the Royal Heritage Hotel; Member, All India Congress; Chairman and Editor of The Northeast Today magazine; Advisor to the North East Students Committee, Delhi; Advisor to the North East Regional Development Association (NERDA); Chairman, Royal Tripura Foundation; Member, governing council Tripura Central University.

Rahul Joshi is a Partner and Director at Synthesys Solutions. After spending over a decade in US working in software research and development, he moved back to India to start his own venture in the area of legal software and services. Since then he has been part of failed ventures and started new ones, with his entrepreneurial spirit alive and well to keep him going. A strong proponent of it's never too late to start on the journey of entrepreneurship, he believes everyone has potential to make an impact however small to the greater benefit of the community. Rahul holds a Master's degree from LA Tech University in US and Bachelors in Mechanical engineering from Government College, Aurangabad. An occasional blogger he also regularly shares his experiences and learned skills in project management, enterprise application and communication through workshops and seminars at local colleges and institutions.

Siddharth Rajhans, a management researcher, and a TEDxSpeaker, is a known figure in the management fraternity and talk platforms, around the globe. He has been in the news for his latest offer from Google, as their Business Process and Risk Specialist, based out of the London Office. He is to joinduty in January' 2014 Siddharth has worked with Silicon Valley giants, such as Facebook(2012) as a Creative Strategist, and BlueLithium (Yahoo! Advertising)Adnetworks (2013) as their Chief Marketing Analyst. He is a Fellow of the Royal Society of Research, in the University of London. graduate management researcher, associated with the National University of Singapore; Yale University, USA, and is a Senior Research Associate with the Kellogg School of Management, Northwestern University, USA, and is working on Marketing 4.0: Perspectives and People with Dr.Philip Kotler, the Father of Modern Marketing, as his guide on the doctrine.

Sourabh Kaushal (23 years) is an Electronics and Communication Engineer, Space Explorer and INK Fellow in association with TED. He is from Haryana, INDIA and has done his studies from prestigious Kurukshetra University, Kurukshetra. He is doing research on Space Debris Mitigation (The collection of objects in orbit around earth that were created by human beings but no longer serve as any useful purpose in space and threat to our satellites, ISS and also threat to the life of astronauts) and Space transportation system from last half decade. He is very much passionate about Space Science and Technology and proposed some new techniques to mitigate space debris from space. The proposed methods may include use of nanotube mesh technique using laser and nanobot, recycling of space junk, energy production from space debris and de-orbit kit technology.

Vajresh Balaji is a homeschooler. He is the Chief Knowledge Officer of Project DigiKnowledge which is a non profit organization devoted to increasing the accessibility of highly-credible knowledge to people. He is also also the Licensee, Organizer and Curator of TEDxKids@RSPuram, x=independently organized TED event. The first TEDxKids@RSPuram event happened on May 25, 2013 which saw 14 speakers who spoke on various topics. Some of his hobbies include collecting stamps, coins, reading books and building new things. He built a wheelchair that can be controlled using an android mobile. He volunteer with Make A Difference and visits several conferences. 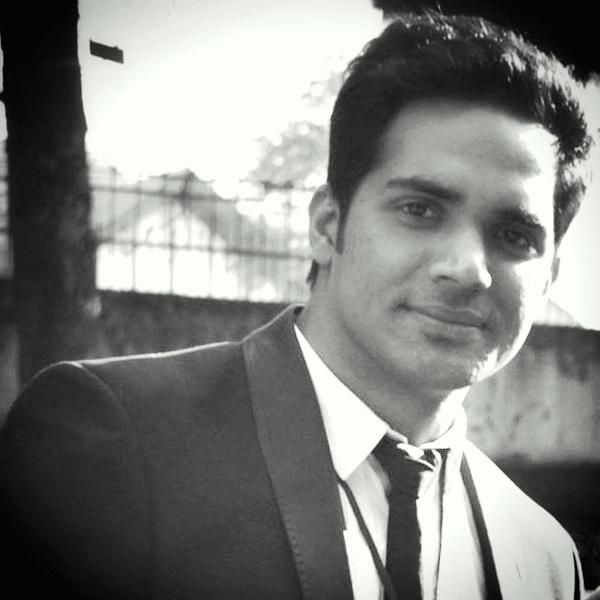