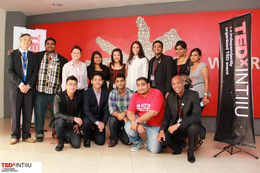 2) Navin Muruga – Social Entrepreneur, Water & Toilets Org.
Water and toilets was founded by Navin Muruga. In 2012 Navin quit his job as a HR consultant in Kuala Lumpur to volunteer abroad. His first stop was the war torn villages of Sri Lanka where he had the opportunity to spend 6 weeks meeting with villagers who had become victims of the country's brutal civil war. As Navin visited them in the tin shacks and canvas shelters they called homes, they kept asking him for the same thing - clean water and toilets. Navin continues to find new ways to bring sustainable access to clean water and sanitation for people in developing countries

3) Zlwin Chew – Magician & Mentalist.
Zlwin Chew is a well-known practitioner of magic and mentalism. As an inquisitive child, he has been fascinated by the mysteries of magic, always trying to comprehend how they happen. A few years back, he joined a magic club and never looked back since. Zlwin has met and performed for some of the country’s most renowned individuals, including the 12th King of Malaysia, Sultan of Perlis, Raja Syed Sirajuddin ibni Syed Putra Jamalullail and former Prime Minister of Malaysia, Tun. Dr. Mahathir bin Mohamad.

4) Jonathan Yabut – The Apprentice Asia 2013 Winner
Jonathan Yabut is the Season 1 winner of the hit reality TV show, The Apprentice Asia hosted by Malaysian business mogul Tony Fernandes. He was the youngest male contestant at the age of 27 and was popularly known in the show for his people skills, leadership and passionate speeches in the "boardroom".
For winning the Apprentice Asia, Jonathan today is based in Kuala Lumpur as the Chief of Staff of AirAsia under a 1-year contract with Tony Fernandes. Jonathan consistently finished as the class valedictorian from grade school to high school, and graduated Cum Laude with a degree of BS Economics from the University of the Philippines (UP) in 2006.

6) Deborah Henry – Miss Universe Malaysia 2011, Refugee Rights Advocate
Deborah Henry is Miss Universe Malaysia 2011, and a refugee rights advocate who has been involved in helping refugees since 2008. Her concern lies in the issue of access to education for refugee children while they are seeking protection in Malaysia. She has helped set up a learning center for Somali refugee children and youths in Kuala Lumpur, and is currently expanding this to adult learning for Somali refugee women.

7)Dawn Cheong holds a Bachelors degree in Acting from Toi Whakaari the National School of Dance and Drama New Zealand and has come back to Malaysia to pursue her career in theatre and acting. She has been exposed to the world of acting; most importantly to the world of collaborative work and devise theatre.

8)JJ Fernandez known as JJ from The Red Breakfast WTF with co-host Lil Kev. JJ has been in the radio industry for 15 years now, not including his years as an on-ground team member. This year he celebrates his tenth year of breakfast radio and he is doing it on RED FM. 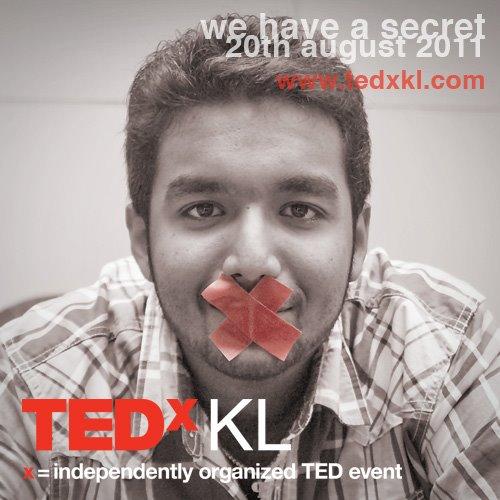