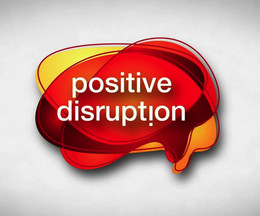 To solve the most intractable challenges in health and development, we need positive disruption. It is the path to true progress.
Speakers