TEDxNUS was an interesting idea confluence bringing to light the passionate stories of diverse individuals. TEDxNUS featured speakers such as Derek Sivers and Lakshmi Pratury.

Derek Sivers is best known as the founder of CD Baby. A professional musician (and circus clown) since 1987, Derek started CD Baby by accident in 1998 when he was selling his own CD on his website, and friends asked if he could sell theirs, too. CD Baby was the largest seller of independent music on the web, with over $100M in sales for over 150,000 musician clients. After he won the 2003 World Technology Award, Esquire Magazine’s annual “Best and Brightest“ cover story said, “Derek Sivers is changing the way music is bought and sold… one of the last music-business folk heroes.” In 2008, Derek sold CD Baby to focus on his new ventures to benefit musicians, including his new company MuckWork where teams of efficient assistants help musicians do their “uncreative dirty work”. His current projects and writings are all at sivers.org. Watch his previous talks at TED: How to Start a Movement Weird, or just Different? Keep your Goal to Yourself

Gino Yu received his BS and PhD at the University of California at Berkeley in 1987 and 1993 respectively. After receiving is PhD, he taught at the University of Southern California and worked to establish multimedia initiatives including the Integrated Media Systems Center. From 1995 to 1997, he taught at the Hong Kong University of Science and Technology where he helped to establish the Center for Enhanced Learning Technologies. In 1999, he established the Multimedia Innovation Centre (http://www.mic.polyu.edu.hk) at the Hong Kong Polytechnic University (PolyU), a leading edge think tank and research centre on digital entertainment. He is currently an Associate Professor and Director of Digital Entertainment and Game Development in the School of Design at PolyU where he develops projects at Playlab (http://www.playlab.hk), a commercially oriented digital entertainment laboratory he co-founded that focuses on meaningful games. His main area research interests involve the application of media technologies to cultivate creativity and promote consciousness. He also founded the Asia Consciousness Festival (http://www.asiaconsciousness.org) and developing consciousness and meaningful media related activities worldwide.

Martin Roll is a world-renowned thought-leader on value creation through brand equity driven by tremendous global experience and insights. He facilitates business leaders and organizations to think bold for future strategies. By focusing on building and managing successful businesses through iconic brands, Martin Roll helps boardrooms to enhance shareholder value and create sustainable competitive advantage. He is a frequent guest lecturer at INSEAD, Nanyang Business School, CEIBS and several other global business schools. Martin Roll is the author of the global bestseller Asian Brand Strategy, a very compelling book of frameworks for Asian branding and the winning formula for any boardroom. Asian Brand Strategy was named “Best Global Business Book” by Strategy+Business magazine. Visit his website and check out his talks while you’re there.Short bio of this speaker

After two decades in marketing, venture capitalism and social entreprenuership, Lakshmi Pratury turned her focus toward linking her home country of India more tightly with the American community. Her firm, Ixoraa Media, runs meetings and events to spark dialogue and make connections. Pratury worked at Intel for 12 years as a marketer and evangelist, then moved to a VC firm, Global Capitalist Partners. At GCP, she focused on connecting India's legendary software-development community with US tech. She began to focus more strictly on relationship-building with her move to the America India Foundation, where she founded the AIF's Digital Equalizer program, offering technology education to some 80,000 children and 2,000 teachers in India. She also launched the AIF Summit for social entrepreneurs from India. At Tamarind Grove, she plans events and meet-ups that will more tightly link the Indian and American tech communities.

Short bio of this sJeffrey Sanchez-Burks is an Associate Professor of Management and Organizations at the Ross School of Business at the University of Michigan. He received his Ph.D. in Social Psychology from the University of Michigan with graduate training in Cultural Anthropology. He has taught at universities in Turkey, Russia, and California. He is currently on Sabbatical in Singapore as a Visiting Professor at INSEAD. Dr. Sanchez-Burks conducts research on how culture shapes how we think and act in cross-cultural situations, and more recently has published work on creativity and on emotional aperture. He serves on the Board of Organization Science and is a member of the Society of Experimental Social Psychology, the Association of Psychological Science, the International Society for Research on Emotion, and the Academy of Management. On a more serious note, surfing in Bali and playing small clubs with his bandmates are his passions when he is not writing or exploring the world with his family. Check out his personal website here.peaker

Anil Gaba received his Ph.D. in Decision Sciences at Duke University, USA. He is currently the ORPAR Chaired Professor of Risk Management, Professor of Decision Sciences, and the Academic Director of the Centre for Decision Making and Risk Analysis at INSEAD. He has also held various leadership positions at INSEAD, including Dean of Faculty from September 2006 until December 2009. His research interests are in reconciling “rational” and “behavioral” points of view in decision making, risk management, and incentive schemes. His papers have appeared in academic journals such as Management Science, Marketing Science, Operations Research, and Journal of Risk and Uncertainty, and in popular press such as Financial Times. He teaches courses such as Uncertainty, Data, and Judgment (MBA), Probability and Statistics (PhD), and Bayesian Analysis (PhD). In addition, he teaches modules related to decision making, risk management, and negotiation dynamics in several executive development programs all over the world. He has been nominated several times for the best teacher award in the MBA program, and has won the award eight times. His personal interests are in gambling, malt whiskey, probabilities, blues and jazz, cricket,tennis and travelling.

With over 10 years experience in the multimedia industry, and an especially strong foundation in web video and post-production, Big Red Buttonʼs founding partner.Wally Tham has amassed an expert knowledge of various broadcast fields.More recently, he directed and produced the infamous“Raffles Place Ghost” phenomenon for the McCann WorldGroup and its client GMP.The viral campaign garnered a slew of awards and commendations. Wally is currently active in the realm of increasing awareness for social causes in Asia through online documentaries and socially-engaged networks.

Dr.Seah Kar Heng is a professor in the Department of Mechanical Engineering, NUS. He has been lecturing in NUS since 1983. His areas of research include metal cutting, metal matrix composites, new materials, cryogenic treatment of materials, and corrosion of materials. A former Associate Director of the NUS Centre for Development of Teaching and Learning, Dr Seah has a keen interest in pedagogy and has for many years been regularly receiving various awards for good teaching, including the prestigious NUS Outstanding Educator’s Award in 2003.

John Miksic has spent most of the past 30 years doing archaeological research in Singapore and in the region. His research has seen him excavate sites from the backyard of the St. Andrew’s Cathedral in the bustling central district of Singapore to sites at the foundation of Angkor in Cambodia. His work has also seen him travel to post-tsunami Aceh. He is a faculty member at the Southeast Asian Studies Programme at NUS.

Ty Constant currently teaches at the Yong Siew Toh Conservatory in Singapore, prior to this he was an instructor at Mahidol University in Bangkok, Thailand where he taught theory and ear training courses, as well as assisted the percussion department. Beginning in 1999, he directed a Shona mbira ensemble and taught all levels of aural skills at San Diego State University while pursuing a Masters degree in Ethnomusicology, which he completed in 2002. He was a lecturer at Cuyamaca Community College, where he taught courses on the history of rock and the history of jazz. In 1996, Constant joined the United States Peace Corps where he served as the music curriculum specialist to the Malawi Institute of Education in Malawi, Africa, for over two years. Constant studied percussion under the direction of Mario Gaetano at Western Carolina University, where he received a bachelor degree in music education in 1996. Constant has studied and performed a wide range of musical styles outside of his western percussion background, including the traditional music of Bali, Brazil, Cuba, Ghana, Java, Malawi, South India, and Zimbabwe. He studied Shona mbira with masters Ephat Mujuru, Cosmas Magaya, and Erica Azim. He studied Balinese gamelan with Pak I. Nyoman Sumandhi and Pak I. Nyoman Wenton, and Javanese gamelan with Pak Djoko Waluyo.

N. Sivasothi, a.k.a. ‘Otterman’ has been immersed in mangroves for research, education and conservation at the Department of Biological Sciences since the late 80’s. Now focused on undergraduate teaching and research, his students have taken on zoological explorations with endangered freshwater crabs, mangrove fauna, common-palm civets, mousedeer, wild boar and of course, otters. In 2001, he led efforts at the Raffles Museum of Biodiversity Research to explore, share and appeal about the fate of an inter-tidal shore called Chek Jawa, a hallmark of government-citizen engagement and the people’s awakening the nature and the environment in Singapore. For over a decade, he has been coordinator of the Raffles Museum Toddycats!, the national coordinator of the International Coastal Cleanup Singapore and a user and advocate of internet use for resource sharing and communication. Check out his blog here

Yuchen is currently halfway into his PhD candidature at NUS, in the field of evolutionary biology. His research interest is in sexual selection, particularly how it has influenced the evolution of morphology between sexes. In between trekking into remote areas with a net in search of field samples, he spends the majority of his time staring into the tiny world of entomology via a microscope. Many of the species he works on can be found here. 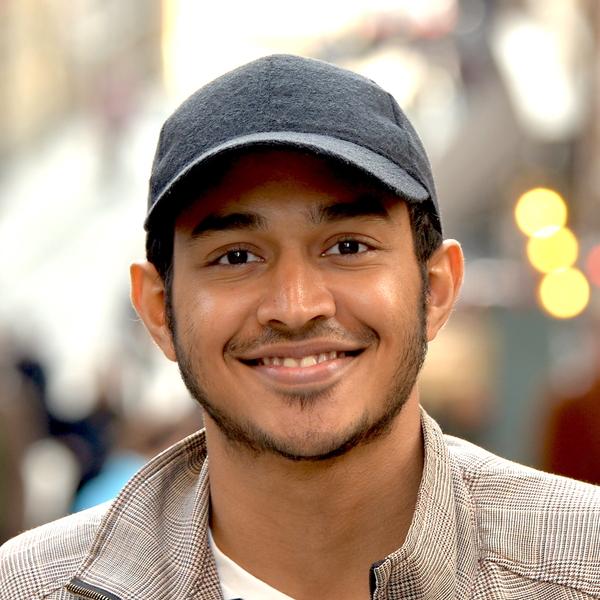