Theme: Focus on the Future

Wendell Wallach is a scholar at the Yale University's Interdisciplinary Center for Bioethics, the Lincoln Center for Applied Ethics (ASU), and a visiting scholar at The Hastings Center. He is also a Fellow at the Institute for Ethics & Emerging Technology. Mr. Wallach has an international reputation as an expert on the ethical and governance concerns posed by emerging technologies, particularly artificial intelligence and neuroscience. He co-authored (with Colin Allen) Moral Machines: Teaching Robots Right From Wrong. He has published dozens of article in professional journals. He was featured along with Honda's Asimov in the award-winning short film Living with Robots, and has been interviewed and quoted often in leading news media including The New York Times, The Wall Street Journal, and BBC News.

Dr. McQueeney is responsible for setting the direction of IBM’s overall Research Strategy across twelve worldwide labs and leading the global operations and information systems teams. In this capacity, he leads the annual creation of the Global Technology Outlook, 3 - 10 year technology projections which guide IBM’s R&D directions along with its acquisition strategies. He joined IBM in the Research Division in 1988, and has not only held other significant positions in IBM Research, but has also been the CTO for IBM’s Federal business. He holds an M.S. and Ph.D. in Solid-State Physics from Cornell University, and an A.B. in Physics from Dartmouth College.

Dr. Ritter is a senior manager in the Physical Sciences Department at the IBM T.J. Watson Research Center. He manages groups focusing on theoretical and technological aspects of physical analytics and quantum and neuromorphic computing. He received a B.S. degree in physics from Montana State University in 1981 and M.S., M.Phil. and Ph.D. degrees from Yale University in 1987. He has contributed to Fibre Channel and 10 Gb/s Ethernet technologies and standards, and to efficient physics-based models for electrical and optical interconnects. Dr. Ritter was the recipient of the 1982 American Physical Society Apker Award.

Formerly the Vice President for Health Affairs and Dean of the School of Medicine at the University of Connecticut, Dr. Laurencin served as the Lillian T. Pratt Distinguished Professor and Orthopaedic Surgeon-in-Chief for the University of Virginia Health System. He has held numerous national leadership positions including Speaker of the House of the National Medical Association, and Chair of the College of Fellows for the American Institute for Medical and Biological Engineering. Currently he is a member of the National Advisory Council for Biomedical Imaging and Bioengineering at N.I.H., and the Advisory Committee to the Director of the National Institutes of Health.

Anish Bhimani is Managing Director and Chief Information Risk Ofﬁcer of JP Morgan Chase. In this role, he has global responsibility for ensuring the security, controls and resiliency of the ﬁrm's technology environment. Mr. Bhimani is also a member of the JPMC Technology Leadership team. He also sits on the Risk Committee of The Clearing House, and the Security for Business Innovation Council. He was recently named Information Security Executive of the Decade for North America by Tech Exec Networks, and was named to Bank Technology News' "Top 25 Innovators" list in 2008 for his novel approach to information risk management

Dr. McKenzie (PhD, Maritime History, University of New Hampshire, 2003) has a decade of experience in interdisciplinary humanities and natural science research focused on New England waters. He worked with UNH’s Gulf of Maine Cod Project, and his first book, Clearing the Coastline (2010) analyzed the cultural and ecological interrelationships of Cape Cod’s 19th century fisheries. After teaching Maritime Studies at SEA in Woods Hole, Mass., he came to UConn’s Avery Point campus in 2006. In August, 2012, was named Connecticut Obligatory Delegate to the New England Fisheries Management Council.

Ben Berkowitz is co founder and CEO of SeeClickFix. For his work on SeeClickFix with his three co-founders Jeff Blasius, Kam Lasater and Miles Lasater he was recently named Hufﬁngton Post's 2010 Technology Game Changer, Inc Magazine's "Entrepreneurs we love" and Government And Technology Magazine's Top 25 Innovators for 2011. He has been a featured speaker on civic participation and open government at SXSW, The World Bank, The US Department of State, The White House, Bif6, Picnic in Amsterdam and many others. Outside of SeeClickFix he enjoys planting trees with his neighbors, hanging out with his wife Kati, his son Oliver and his puggle and his mutt and cycling and walking around New Haven, CT where he is a proud citizen. His current extracurricular activities include helping a large public mural on a highway underpass, http://www.insideoutnhv.com and starting a local makerspace, makehaven.org

Dr. Nicholas E. Leadbeater is an Associate Professor of Chemistry at the University of Connecticut. His interests lie in the development of cleaner, greener ways to make molecules as well as the incorporation of new technology into both research and teaching settings. Dr Leadbeater is also the Interim Director of the Connecticut Chemical Innovations Institute. The mission of the Institute is to foster green job growth and safer workplaces through encouraging clean technology innovation and utilization of green chemistry, and to provide assistance to businesses, state agencies and nonproﬁt organizations that seek to utilize alternatives to chemicals that are harmful to public health and the environment. Outside of the lab, Nicholas has contributed a number of "Academic Minutes" to a local NPR station, talking about topics as diverse as green chemistry, biofuels, why the sky is blue, and the chemistry behind crusty bread.

Susan Randolph is an Associate Professor in the Department of Economics and the Department of Agricultural and Resource Economics at the University of Connecticut (UConn). She is a faculty affiliate of the Human Rights Institute, El Instituto: Institute of Latina/o, Caribbean, and Latin American Studies, and the India Studies Program at UConn. Dr. Randolph is Co-Director of the Economic and Social Rights Initiative and has served as a short-term consultant to the Office of the High Commission on Human Rights, The World Bank and the United States Agency for International Development. Prior to coming to UCONN, she worked for four years as head of the Program Development division with Turkiye Kalkinma Vakfi, a grassroots development organization that enables poor, landless households to establish viable, self-sustaining economic enterprises. Dr. Randolph’s research has focused on a broad range of issues in development economics, including poverty, inequality, food security, and economic and social rights, at both the country and regional levels and has been published in numerous refereed multidisciplinary as well as economic journals. One stream of her work has emphasized measurement while other streams have emphasized development policy. Her work on marginal malnutrition and food security has focused on Mexico , Senegal, and India, while her other work on development policy has been focused cross-nationally as well as on Malaysia, Sudan, Bangladesh, Mexico, Egypt, Nepal, and Indonesia. Dr. Randolph received her BA in Political Science from the University of Oregon and her MA and PhD in economics from Cornell University.

Robert Trestman is a Professor of Medicine, Psychiatry and Nursing at UCONN, and heads UCHC Correctional Managed Health Care. He received his PhD in Psychology and MD from the University of Tennessee, and trained in psychiatry and neurobiology at the Mt Sinai School of Medicine. Dr Trestman has studied the neurobiology and treatment of people with severe mood and personality disorders, and conducts translational research on correctional health. He has published widely, consults to the NIMH, SAMHSA, DOJ and the Vera Institute of Justice, and is Board Chairman of the Child Health and Development Institute.

Roger Travis is an Associate Professor in the Department of Literatures, Cultures & Languages of the University of Connecticut. He received his Bachelor’s degree in classics from Harvard College, and his Ph.D. in comparative literature from the University of California, Berkeley. He is a founder of and contributor to the collaborative blog Play the Past, where he writes about the fundamental connection between ancient epic and digital games. Roger also works on developing and studying a form of game-based learning, practomimetic learning, in which learners play the curriculum as an RPG wrapped in an ARG.

David B. Miller is a Professor of Psychology, at UConn. He received his Ph.D. at the University of Miami in 1973, and his research has focused on animal behavior. He was a Research Fellow at the NC Division of Mental Health (1973-1980), and an Alexander von Humboldt Fellow at the University of Bielefeld in Ethology (1977-1978). He joined the faculty at UConn in 1980. His long-standing interest in the effective use of multimedia resulted in numerous honors, including: UConn Teaching Fellow; Chancellor’s Information Technology Award; Campus Technology Outstanding Innovator Award in Podcasting, and the Animal Behavior Society Distinguished Teaching Award.

Veda Partalo is a Brand Strategy Director with Droga5, a global advertising network recently recognized as one of the most innovating companies in the world. During her time as a strategist, Veda has developed campaigns for American Express, Porsche, Coca Cola, Puma, Hennessy and Cadillac. Her unique approach to advertising strategy - which insists on brands enabling cultural movements and consumer aspirations - has been profiled by Fast Company magazine and The Globe and Mail, among others. Veda was born and raised in Banja Luka, Bosnia. She currently resides in Brooklyn, New York and is a proud caretaker of a rescue pit-bull named Bullet.

Dr. Gina Barreca, author of It's Not That I'm Bitter: How I Learned to Stop Worrying About Visible Panty Lines and Conquered the World (St. Martin's), has appeared on 20/20, The Today Show, CNN, the BBC, NPR, Oprah, and Dr. Phil to discuss gender, power, politics, and humor. Gina is Professor of English and Feminist Theory at the University of Connecticut. Her B.A. is from Dartmouth College, where she was the ﬁrst woman to be named Alumni Scholar, her M.A. is from Cambridge University, where she was a Reynold's Fellow, and her Ph.D. is from the City University of New York, where she lived close to a good delicatessen. She grew up in Brooklyn, now lives with her husband in Connecticut, and has two step-sons who are at that adorable age where they're attorneys.

Renee Engeln is a psychologist and body image researcher at Northwestern University, where she is a Charles Deering McCormick Distinguished University Lecturer. Dr. Engeln’s research focuses on issues surrounding women’s body images, with a particular emphasis on cultural practices that create or enforce the frequently contentious relationship women have with their bodies. She received her doctorate in social psychology from Loyola University Chicago in 2004 and a masters in clinical psychology from Miami University in 1999. Dr. Engeln has won numerous teaching awards at both Northwestern University and Loyola University and has presented her research on fat talk, objectification, and media images of women to a variety of academic and professional groups around the U.S.

Cody Carver is a Connecticut native and junior at the University of Connecticut. He's long enjoyed community service and valued social activism. This seemed to conﬂict with his newly-discovered attraction to the advertising business, which is typically regarded as less than altruistic. "The Responsible Ad-vantage" is the product of his search to reconcile his two, only seemingly incompatible passions.

Ricky Angueira is from Puerto Rico, where he got his Bachelor’s Degree in Civil Engineering, and he came to UConn to get my Master’s Degree in Transportation Engineering. When he graduates, Ricky wants to move to a big city and work towards making it more sustainable. Ricky want to make the transportation system more efﬁcient and help improve the quality of life within the city. 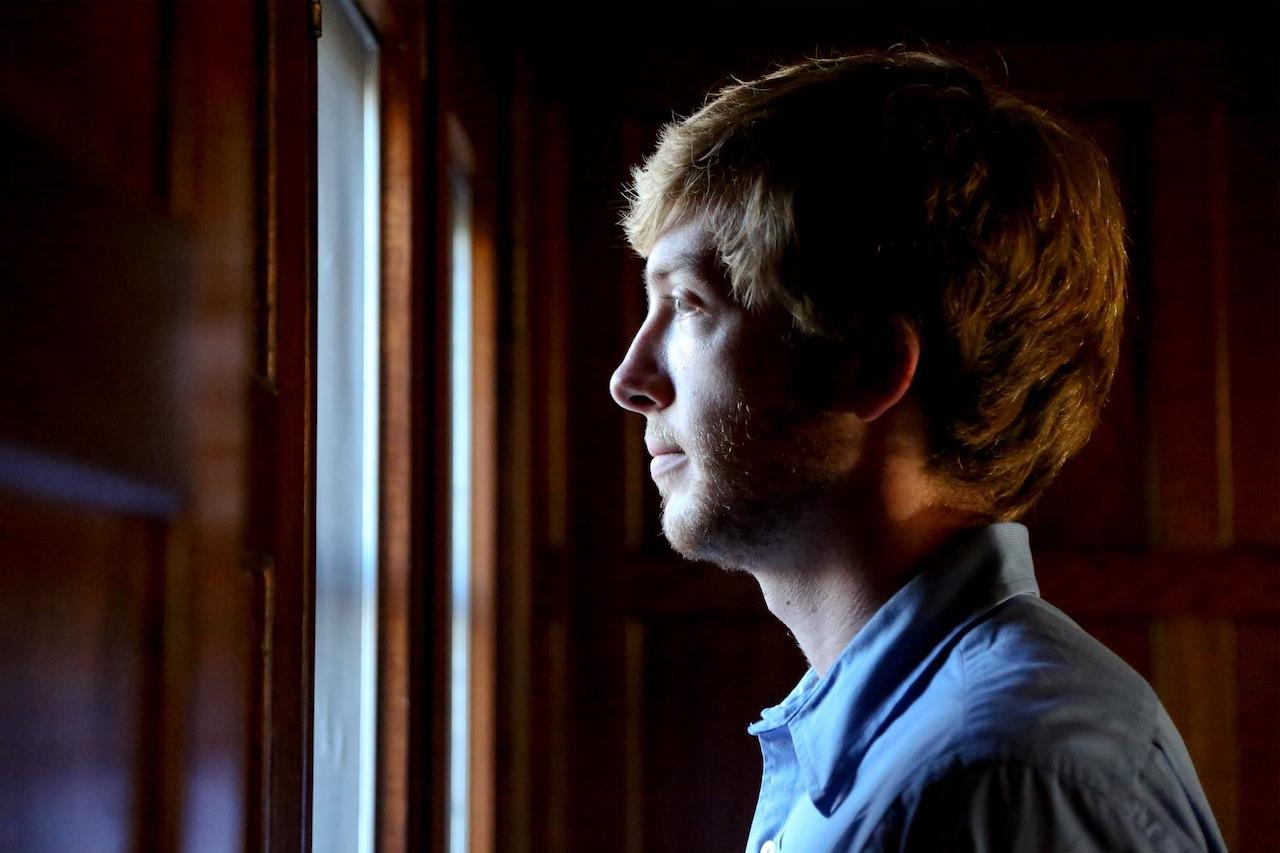