The livestream of the event will be available in English, French, German, Portuguese, Spanish, Mandarin, Korean and Arabic.

Speakers include:
Host Melinda Gates is co-chair of the Bill & Melinda Gates Foundation. Along with Bill Gates, she shapes and approves the foundation’s strategies, reviews results, and sets the overall direction of the organization. Melinda will host TEDxChange from the Gates Foundation campus in Seattle, Washington.
Cathleen Kaveny, who will speak on religion, tradition and modernity, is an American legal scholar and theologian. She is a John P. Murphy Foundation Professor of Law and Theology at Notre Dame Law School, and is currently a visiting professor at Princeton University.
Halimatou Hima will speak to investing in girls and is a Masters in Public Policy candidate at the Kennedy School of Government at Harvard University. Following an internship in the Women & Population Division at the United Nations Foundation, she worked in the Child Protection Division at the United Nations in her home country of Niger (UNICEF).
Roger Thurow who will address shifts in agriculture, joined the Chicago Council in January 2010 after three decades at the Wall Street Journal. For 20 years, he was a foreign correspondent based in Europe and Africa.
The event will also feature a trailer from the feature film Revolutionary Optimists, about how children are saving lives in the slums of Calcutta. Two children from the film, Salim and Sikha will be there for some Q&A.
TEDxKhartoumChange is organized around this 90-minute program.

Born in Libya, 4 years, educated in Cyprus, 12 years, and stops of 7 years in the US and India each. Samir is not your typical Sudanese citizen. Marketing has become the defining heart of most organizations and is growing in leaps and bounds every day, whether through strategy and methodologies or creativity and reach. Samir Magdi Yassin has waited tables in the US while studying Philosophy, worked in Call-Centers, business development, Sales and Marketing in India and some of the biggest organizations in Sudan. After 32 years of living in 4 continents, he has returned to Sudan to offer the full extent of his 14 years of Global work experiences with the Local flavor to provide a GLOCAL flavor in Sudan that can make a positive difference through his professional work in marketing, teaching and counseling. He now works in Kenana Sugar Company, the world's largest integrated sugar company, lending his expertise in marketing, succession plans, and education, training and development programs. 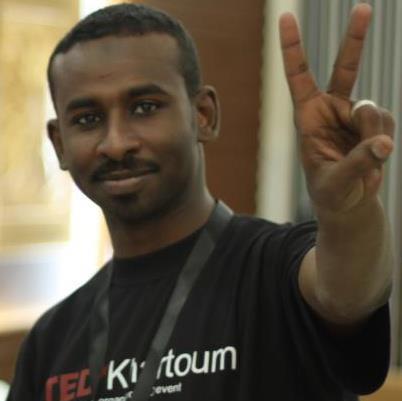