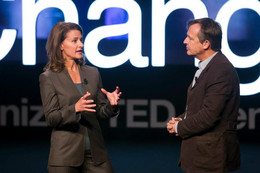 TEDxChange is an event created out of a partnership between the Bill & Melinda Gates Foundation and the TEDx program. It is an initiative devoted to ideas worth spreading in the areas of global health and development. The TEDxChange team works with TEDx organizers around the world to help facilitate meaningful discussions on topics including vaccines, polio, malaria, HIV/AIDS, maternal and newborn child health and agricultural development. The TEDxChange initiative also includes a global signature event convened by Melinda Gates and broadcast across the TEDx community.

TEDxChange 2013 will take place on Wednesday, April 3, 2013 at 9:00am PDT in Seattle, Washington. Themed Positive Disruption, TEDxChange 2013 speakers will challenge preconceived ideas, spark discussion, engage leaders and shed light on new perspectives. TED.com will provide a free live stream of TEDxChange in a variety of languages for viewership around the world.

Ahlem Ben Othman is a Business owner and a consultant, with an engineering and mathematics background, a 17 year career in IT project management and 12 years in Training & Development. She is an expert in engineering problem solving, an executive coach, member of the International Coaching Federation, and a trainer with a proven track record of success. Keynote speaker at conferences for entrepreneurs, business women, and young people. She holds a Civil Engineering Degree (1989) and a Masters in Mathematics Education (1993) from the Ohio State University, USA. – A detailed resume is listed on www.linkedin.com/in/ahlembenothman

Houssem is an unstoppable pragmatic dreamer,always starving for new challenges. He never hesitates to join any kind of action that could be positive for the community. Houssem produced and co-organized several initiatives in Tunisia and the middle east like TEDxCarthage, the Creative commons MENA regional meeting and concert, Barcamp tour all over Tunisian universities, the 2012 TEDxSummit in Doha... He also worked with media industry in Tunis with medias like Tunivisions where he pushed hard for underground creation and events emergence in Tunisia. Houssem act today as TEDx regional advisor for TED.

Devotee of nature, adventure enthusiast, and young environmental engineer is Arafat Ben Marzou. Arafat is a young dreamer who for the pursuit of happiness artfully rebels against social pressure, capitalism and imperial powers. Arafat’s childhood dreams of travel and adventure came true when he crossed the African Sahara in 2011 from Tunisia to Senegal using the most modest means of transportation: walking, taking the bus, hitch-hiking and sometimes riding a camel. His love for life and discovery put Arafat in 2012 back on the road this time riding his bike from Tunis to Beijing. From Tunisia through Turkey, Georgia, Azerbaijan, Iran, Afghanistan, Uzbekistan, Kazakhstan until the very east of China, a bike, a small tent, a sleeping bag and the Tunisian flag were among the few possessions of Arafat. Despite careful planning, it is the road that ensorcelled and directed Arafat. Neither the bone-chilling winter in the mountains of Turkey nor the bomb attacks in Afghanistan nor the forceful windstorms in the desert of Gobi in China frightened Arafat from globetrotting. A tight budget did also not disconcert this brave Tunisian very much, because he biked across many guardian angels, trip companions and friends for life. Already mastering the basics, Arafat relied on the road to put him on a better physical shape. Prevailing over fear, loneliness and unexpected obstacles are not the only things that the road taught Arafat. Arafat’s philosophy for life adopted new perspectives, particularly tolerance to the human kind, doctrine and universality. Arafat dreams of making the world a better place, and so he used every occasion during his trip to engage in conversations about Tunisia and raise environmental awareness. After 10 months, 9500 kilometers, nine countries, eight visas, one bike, 20 flat tires, and six threadbare tire profiles, Arafat is back in Tunis all smiles and full of energy for his next escapade. According to Arafat, globetrotting is a dream come true for him and for every fellow Tunisian.

‘This album tells the story of my Tunisia, the story of the dark years as seen through my eyes:—through my experience as a student, a young rebel and dissenter, through my years of artistic and ideological struggle, and through my immigrant tears, my suffering and my love of freedom. I dedicate this album to all those who gave their lives so that one day Tunisia might be free. The road is long but every day...a new sun rises and new hopes emerge...and we are these hopes.’ EM Born in Tunis, Emel is a songwriter, composer, guitarist, and singer who is bringing an amazing brand new sound to Tunisian music. Endowed with an outstanding voice, she evokes Joan Baez, Sister Marie Keyrouz and the Lebanese diva Fairouz, her captivating style is lyrical, with powerful rock, oriental and trip hop influences (she’s collaborated with Adrian Thaws AKA Tricky). Emel began her artistic career at the age of 8 on stage at the small amphitheater in the Ibn Sina suburb of Tunis where she lived until the age of 25. She moved to France to pursue her career as a singer. The song “Kelmti Horra”, (my word is free) was taken up by the Arab Spring revolutionaries and sung on the streets of Tunis. Emel Mathlouti: protest singer with a voice of jasmine 29 January 2011, the Tunisian streets are boiling, Ben Ali has fled. In Paris at Radio Nova’s studios during a special broadcast “Nova listens to Tunisia” Emel launches into ‘Ya Tounes Ya Meskina’ with just her guitar. Social network sites simultaneously begin to sizzle. A bombardment of messages ensues; ‘My beautiful Emeeeeeeeel!’; ‘Huge talent’; ‘Princesssssssse, Beautiful!’; ‘Well done Emel!... Emel Mathlouthi never chose to hide, on the contrary, she and many artists were like pioneers who upheld freedom of speech’. Impressive Early 2012, a year later, Kelmti Horra (My Word Is Free) is released. The title track, at a time when freedom is under watch, has already by 2008 become an anthem to popular risings and maintains its stridency in these uncertain times. The album is the cornerstone of a musical genre that spreads beyond Tunisia. Emel is Mediterranean and urban; fiery and with a radiant voice. It all began on her housing estate on the outskirts of Tunis where Emel dreams of art but studies architecture, maths and engineering. Rock music tempts her more, at the time (the beginning of the 00s), and there’s no question of singing in Arabic. With her band from university, she veers into goth. She likes Pink Floyd, is fascinated by Dylan and become infatuated with Joan Baez. While at home, she’s brought up on classical, jazz and Chiekh Iman, the Egyptian protest singer troubadour. In 2005, her friends persuade her to cover the Lebanese bard Marcel Khalife and as a result she sets the great national poet Mahmoud Darwish’s oeuvre to music and starts to write her own lyrics. In Arabic: Palestine, human rights in her own country, in a Tunisia under surveillance but not completely silent, Emel’s voice carries, she starts her own band and appears at the alternative venue El Teatro, but she starts to become a victim of intimidation. She’s threatened with a ban as a result of her activities in student unions. She has no access to radio or TV but is the winner of the RMC Moyen Orient 2006 prize, and it’s in Jordan that she first sings all her compositions in Arabic. She becomes a Parisian in 2007 and forges a repertoire mainly in Arabic and hones her skills at the Studio Cite des Arts where she makes her first record: a self-produced mini-album with cello. Thanks to Culture-France she tours the world: Ecuador, Georgia, Yemen and Paris where RFI book her for their stage at the annual Fete de la Musique along with Yael Naim, Asa and Hindi Zahra. While her live video of Kelmti Horra shot at the Bastille does the rounds on the web in a Tunisia where revolt is fomenting, she collaborates with the dub rock group Mei Tei Sho, meets Tricky as well as CharlElie Couture. She’s noticed in small Parisian venues (Entrepot, French K-wa), at festivals, Digital Bled in Paris as well as Les Suds in Arles, and importantly begins compiling a repertoire with a view to producing her first album proper. Kelmti Horra consists of 10 gems principally in Arabic (both Tunisian dialect and classical) with occasional ‘drops’ into French and English, all self-produced. The music has electro and trip hop rhythms and a modern sound – a new way forward for Tunisian music. Each track is built around a specially selected group of musicians. The songs are inspired by key moments in her life and her surroundings - she is a songwriter with the rare knack of turning torment and suffering into dreams. 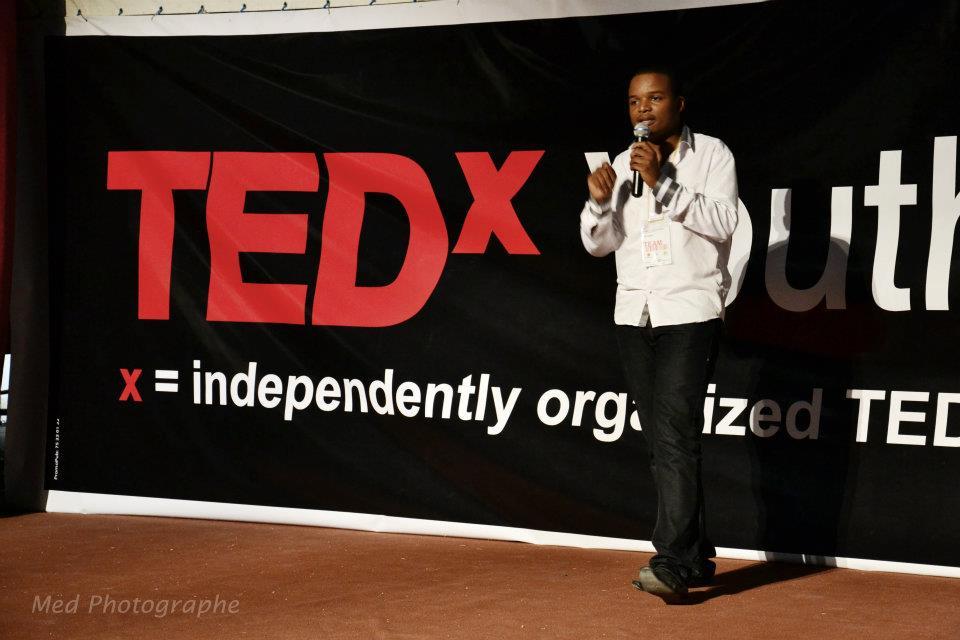 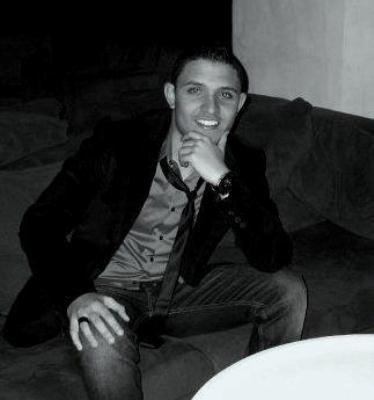