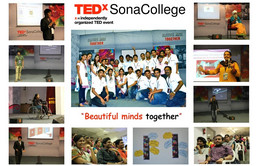 Going by the theme of TED of "IDEAS WORTH SPREADING"........we bring to you the event where we have speakers from all age groups for sharing their ideas........So watch out for the event to unfold!!!

Can anyone think of becoming a CEO and a president of a company at the tender age of 10 and 12? Surprisingly, the young brothers, Sanjay Kumaran of class VI and Shravan Kumaran of class VIII, have achieved the feat. They founded Go Dimensions out of their passion in the last month of 2011 but within two months their first mobile application "Catch me Cop" was on display at Apple’s App Store and within next few weeks it received attention of cnet.com, one of the most popular websites for tech news, reviews and listings of popular apps. As of now their apps have witnessed more than 10,000 downloads across the world. Some of their more popular applications include Alphabets Board (This App is for kids to Learn alphabets), Color Pallette (This App is to Learn various colors for kids) and prayer planet (the game is for religious prayers of different communities). The brothers are authoring a book on dinosaur destination of dooms. They want to donate 15 per cent of the income to charity so that the company can bring a change in global economic structure.

Born in an agriculturist family in Thanjavur, Nammalvar got himself a BSc in agriculture from Annamalai University. After the drought of 1983 in many parts of Tamilnadu and the subsequent floods, Nammalvar realised that absence of trees was the cause of both disasters. He interacted with thousands of disillusioned farmers. Nammalvar was associated with the setting up of Low External Input Sustainable Agriculture (leisa) in 10 districts with 3000 members. His other brainchild is Kudumbam (family)' a 20-year-old farm in Pudukkottai where a forest was raised from barren land in a few years. Nammalvar combines physical activism with writing. He has authored six books in Tamil and of late' popular Tamil magazine Kumudam has been carrying a weekly feature by him.

She has a Masters in Clinical Psychology with specialization in Childhood and Adolescent Mental Health from the University of Delhi, South Campus. She is a Master Trainer in Neuro Linguistic Programming and is also trained in Transactional Analysis, Dream Analysis and Counselling. She is an Educational Consultant and has been instrumental in designing innovative classrooms and curriculum models in India and abroad. She has set up schools for children in the rural areas of India to cater to the needs of first generation learners to ensure that their educational and nutritional needs are met. This model of education has increased retention rates and reduced dropout rates, Truancy and Delinquency among children. Aarti is the Correspondent of Kailash Manasarovar School, Salem and the Director of Academics and Student Welfare Anan Kids Academy, Coimbatore. She also runs Kriti Play school - a preschool, along with her associates in Salem. The focus here is stress free education for children through an eclectic model specially designed to nurture young minds through a thorough analysis of Learning Styles. In addition to this she has a special therapy centre for children with Pervasive Developmental Disorders like Autism and Developmental Disabilities. She has a Child Guidance Centre and a Counselling Clinic where she uses a combination of therapies from the west and the east to touch the lives of children with varying degrees of psychological and educational problems.

He is the Co-Founder & CTO of OrangeScape Technologies. OrangeScape was founded in the year 2003, with the vision of simplifying application development. Mani holds an engineering degree from PSG College of Technology, India and a Post-Graduate Diploma in Business Administration from ICFAI University, India. Prior to OrangeScape, he was the Technical Lead of Selectica Foundation Services, the technology platform for Selectica’s eInsurance product, which was later acquired by Accenture. Mani is a hand-on technology architect with in-depth understanding of cutting edge technologies. He has led and built products ranging from integration middleware to rule engines for almost a decade. He is a regular speaker at academic institutions and an open source contributor. He believes strongly that innovation should transform both the customer and the provider to move up the value chain.

Naveed Mulki has a story for every one of the past 145 days he’s lived. From chowmein that was possibly alive, to lodges that resembled torture chambers; from warm sunsets on the Maharashtrian coast to frostbite on the Khardung La; from curious children in school uniforms to helpful aunties by roadside dhabas; from supporters who urged him on in goodwill to locals who mistook him for a French tourist with impeccable Hindi — he’s seen it all through 6,000 odd km on a cycle from Leh to Kanyakumari and back to his hometown, Bangalore. The idea was conceived over chai in 2011 with Rishabh Malhotra, a colleague who cycled to office as well. In the next 100 days, they quit their advertising jobs, charted a vague route through mountains, valleys, forests and beaches, researched histories of similarly ambitious cyclists, saved up, rode daily and drank a lot more chai. On August 19, 2012, they found themselves climbing the world’s highest motorable pass (Khardung La), short of breath. After a week of no network, nervous excitement and acclimatisation, they began their journey south. The people Naveed met along the way are the highlights of his journey. “At pit stops, strangers would invite us home, hug us like we were their lost brothers, feed us, make sure we had absolutely everything we needed and take no money from us in return,” says Naveed. It’s the small gestures that made the difference. In a Tamil Nadu town, for instance, a passerby directed them to a motel for the night and rode beside them all the way so that his bike’s headlamp could light their cycles’ path.

She is the founder of Aadhav Trust. Aadhav trust was started in the year 2009 especially to help the people who were affected by Muscular Dystrophy disease. Muscular dystrophy is a group of inherited disorders that involve muscle weakness and loss of muscle tissue, which get worse over time. There is no proper cure for this disease. Being affected by Muscular Dystrophy herself, she understood the predicament of her peers . The need to help brought forth her brain child "The Aadhav Trust". Aadhav trust organise camps across TamilNadu. In these camps the very poor are provided wheel chair, tailoring machine and other utilities. They also support Education by providing scholarship for the poor students. The speciality of these camps are that the participants(mostly the Impoverished) are provided with physiotherapy, acupuncture and yoga treatment completely free of charge They also provide lunch and money for their travelling charge. Their future plans include a R&D for this disease and also a place for the affected people to stay. Their noble cause has enlightened many lives and provided a flicker of hope for many poor souls with no means to treat their disease. 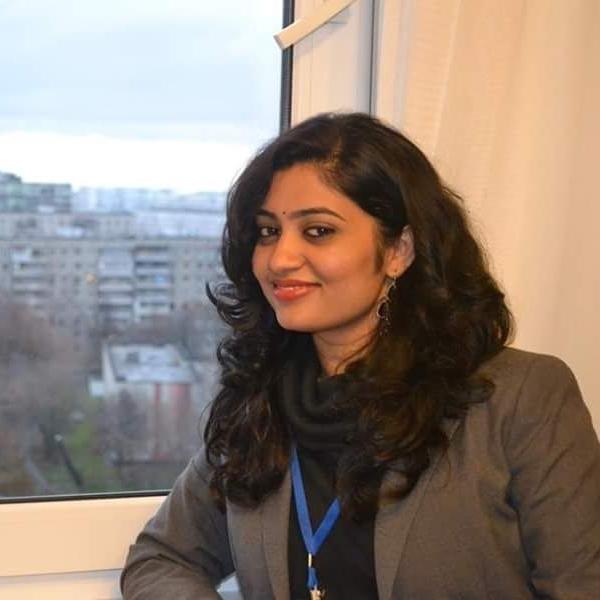