'Luck' in all its facets and forms has invariably played a significant role in our lives. However, the workings of luck are often mysterious and enigmatic.

Science and technology has provided humans with a significant level of control over nature, ability to forecast events and occurrences while minimizing contingencies.

Furthermore, the advancements of the mathematics of probability and statistics has allowed them to assign numbers and figures to luck, have we finally beat uncertainty? How much control do we really have?

In this TEDx event, we seek to explore the fascinating role of luck and uncertainty in various domains like psychology, medicine, biology, science & technology, economics, philosophy and so on.Multidisciplinary, eminent & renowned speakers shall share their experiences, ideas & perspectives as they strive to answer some of mankind's boldest questions. How significant is the role of luck in our lives? Can we control, use or influence it? or simply, does luck exist ?

O’Dhaniel A. Mullette-Gillman is an Assistant Professor in the Department of Psychology at the National University of Singapore. He obtained his Ph.D. in Dartmouth College and his B.A. in Oberlin College. His current research in the Laboratory of Cognitive Neuroscience and Neuro-economics, NUS, investigates the neural mechanisms underlying the evaluative and executive processes of decision making by employing complementary neuroscience methodologies. He teaches Cognitive Neuroscience graduate and undergraduate courses in NUS.

Hallam Stevens is a historian of science and technology whose research focuses on the intersection between the life sciences and information technology. This nexus is the subject of his monograph – Life out of sequence: a data driven history of bioinformatics – published by University of Chicago Press in November 2013. Hallam is currently completing two other books: a textbook on the history of biotechnology and an edited volume characterizing ‘post genomic’ biology. His ongoing research examines the impact of genomics and data-driven technologies on the production of biological knowledge in Asia. Hallam obtained his PhD from the Department of History of Science at Harvard University in 2010. He is currently an Assistant Professor in the Division of History at Nanyang Technological University in Singapore.

Lock Yue is an Assistant Professor in the Division of Physics and Applied Physics, School of Physical and Mathematical Sciences, NTU. His Bachelor degree and Master of Science degree are both in the area of Electrical Engineering from the National University of Singapore and the University of Southern California respectively. He received his PhD in Theoretical Physics from the National University of Singapore. Prior to joining NTU, he was an applied physicist in the DSO National Laboratories. Lock Yue is active in the research area of nonlinear dynamics and chaos. Recently, he has delved deep into the science of complex systems within inter-disciplinary domains, and had applied the approach of nonlinear and statistical physics to explore the complexity of biological, quantum, and coupled socio-ecological systems.

John van Wyhe (B.A., M.A., Ph.D. (Cantab)) is a historian of science, Senior Lecturer in the Departments of Biological Sciences and History and a Fellow of Tembusu College at the National University of Singapore. He is the Director of Darwin Online and Wallace Online, Professorial Fellow of Charles Darwin University, Fellow of the Linnean Society of London and a Scientific Associate of the Natural History Museum (London). His research has challenged several long-standing beliefs including Darwin’s delay; when Darwin received Wallace’s evolution essay and whether Darwin gave up Christianity when his daughter Annie died. In 2009 he led the restoration of Darwin’s Christ’s College rooms and is now leading an exhibition on Wallace at the Singapore Science Centre for November 2013. He lectures and talks are broadcast around the world.

Neil Sinhababu is Assistant Professor of Philosophy at the National University of Singapore. His research is mainly on ethics. His paper on romantic relationships with people from other universes, “Possible Girls”, was featured in the Washington Post on Valentine’s Day. He is now writing a book about decision-making and desire. He received his Ph.D from the University of Texas at Austin and his B.A. from Harvard University

Preston Greene is an assistant professor in the philosophy group at NTU. He completed a PhD in philosophy from Rutgers University. Before that he was an actor, game show host, educational software developer, and intercollegiate soccer player at the University of California at Santa Cruz. His research concerns ethics, epistemology, and the philosophy of science. 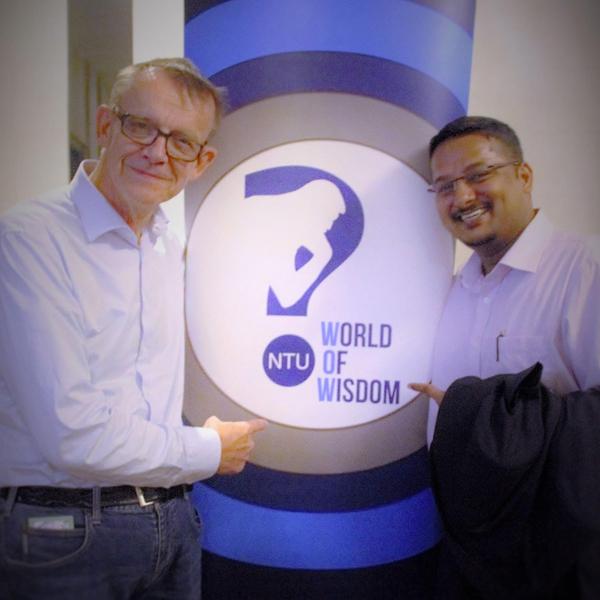