TEDxCollegeofWilliam&Mary 2013 will feature some of the Tribe’s most passionate, wise and innovative minds sharing ideas worth spreading. We look forward to learning about the many ways William & Mary has fostered and attracted innovative individuals to its historic grounds. You don’t become “the Alma Mater of a Nation” without fanning the embers of change.

The speakers at this year’s TEDxCollegeofWilliam&Mary will be:

Adam Stackhouse, Blurring the Lines: Storytelling in a Digital World
Adam Stackhouse is an Owner/Producer at AVAdventure Productions, a multimedia production company specializing in interactive digital storytelling based in Richmond, Virginia. He is a two-time Emmy-award winning multimedia producer, writer, and editor, and his past work in media production has ranged from PBS children’s programming to nonprofit development work in Bosnia/Herzegovina, China, Mexico, and Honduras. Prior to forming the AVAdventure team, Adam was the Owner/Producer of 1693 Productions, a videography company specializing in educational, instructional, and short-form documentary media based in Williamsburg, Virginia. His portfolio includes work for and showcased on Sony, Nintendo of America, CNN, PBS, Colonial Williamsburg, and the personal iPod of Queen Elizabeth II.

Bailey Thomson, Innovation in Underserved Communities
Bailey Thomson is a founding team member of eAdvance Group, a South African company that provides innovation for systemic change in South African education. As Director of Development and Leadership, Bailey focuses on curricular development, talent recruitment, and leadership training for Spark Schools, the primary school network managed by eAdvance. Her work ensures that all faculty are equipped with the necessary resources and skills to serve students and their families. Bailey had her first taste of teaching as a middle school math teacher at Breakthrough Houston, a program that aims to prepare underserved, highly motivated students for competitive high-school programs and college admission. After graduating from William and Mary with a double major in Government and Middle Eastern Studies, she joined Teach For America and officially began her career as an educator. Initially, Bailey taught seventh grade math in Los Angeles before she was ultimately placed as an elementary math teacher with Rocketship Education in San Jose. When she met two South African “edupreneurs” in January 2012, Bailey was inspired by their vision for educational equity in South Africa and decided to make an 11,000 mile move to Johannesburg.

Christiana Kallon, Making Herstory: The Importance and Societal Benefits of Educating Women
Christiana Kallon was born in Freetown, Sierra Leone and grew up in Pakistan, Kenya, Uganda, and Bangladesh. Her international travels to nearly two dozen nations exposed her to the world’s rich cultural diversity as well as its many social, political and economic problems. Growing up in a family of four girls as well as observing many examples of global gender inequity, Christiana developed her passion for women’s empowerment from a young age. In 2007, Christiana graduated high school from the American International School of Dhaka/ Bangladesh and came to the United States to pursue her bachelor’s degree in Sociology at the College of William and Mary. As an undergraduate, Christiana was an orientation area director, a multicultural recruitment intern at the admissions office, and president of the African Cultural Society. After graduation in 2011, Christiana continued to serve her alma mater as an assistant of undergraduate admission. Although she has lived in the United States for the past five years, Christiana remains passionate about the people and issues of non-Western societies. In the near future, Christiana hopes to pursue an advanced degree and return overseas to work with an international organization committed to addressing the issue of global gender education inequality.

David Aday, Owning Change: Community, Knowledge, and Development
Students at William and Mary focused and defined the final stage of Dr. David P. Aday, Jr.’s work as a scholar and teacher. Two small groups of committed, ambitious, and determined students approached him for help in thinking about international volunteer and spring-break service and service learning. Their interests provoked a curiosity and concern and resonated with his long-term interests in applied social science and community. David was at that time serving in a full-time administrative position as Special Assistant to the Provost. The students, who now are recognized as the founders of Student Organization for Medical Outreach and Sustainability (SOMOS) and Medical Aid Nicaragua: Outreach Scholarship (MANOS), were discouraged by their experiences in “spring break trips” that seemed superficial, unlikely to have much value for the supposed beneficiaries, and potentially dangerous because of unintended consequences. They believed that their experiences could be more authentic, more intentional, and better grounded in systematic knowledge. David believes that student learning and efforts to remedy systemic inequalities, injustices, and disparities can be more authentic. Useful approaches to both turn on issues of ownership. David has enjoyed a most gratifying career, moving through the academic ranks, chairing the Sociology Department, directing the American Studies Program and the College’s decennial accreditation review, serving as the NCAA Faculty Athletics Representative and as Co-Director of the Public Health minor. Through the years, David learned the difference between doing assigned tasks and taking ownership of and responsibility for achieving goals.

David Trichler, AidData: Unleashing the Power of Data to Do Good
David Trichler is Director of Operations at AidData, an innovation lab pioneering big data and geospatial mapping techniques to solve distinct development challenges through better information and analytics. He is responsible for the day-to-day management of programs and partnerships, including AidData’s collaboration with the World Bank, the Hewlett Foundation, Ushahidi, and Esri, among others. He is currently leading AidData’s partnership with USAID’s Higher Education Solution Network, where AidData is creating geospatial support tools and the informational infrastructure to facilitate evidence-based planning and implementation decisions. Prior to AidData David served as Special Assistant to the Chairman of the Joint Chiefs of Staff and Special Assistant to the USAID’s Chief Economist as a Presidential Management Fellow. He graduated with distinction with a masters degree from Georgetown University’s School of Foreign Service, during which time he was faculty assistant to former Secretary of State Madeleine K. Albright. David has also worked as a researcher for former USAID Administrator Andrew Natsios, an adviser to the ExxonMobil Foundation, and as a consultant for the World Bank. He has worked abroad as development adviser mapping micro-credit and community networks for projects in Namibia, Morocco, Brazil and Bolivia. In his spare time he enjoys river rafting while perusing the Economist. David fortuitously married his dream girl, and received his bachelor’s degree from Brigham Young University, graduating as Valedictorian.

Michael Luchs, “…and, what could get you fired?”: How to Think Differently When Designing a College Course
Dr. Michael G. Luchs is an Assistant Professor at the College of William and Mary’s Mason School of Business. He earned his Ph.D. from the University of Texas at Austin in 2008. Dr. Luchs also earned an M.S. in Marketing from the University of Texas at Austin, an M.B.A. from the University of Virginia’s Darden Graduate School of Business, as well as a B.S.E. in Mechanical Engineering and a B.A. in Psychology from Tufts University. Prior to earning his Ph.D., Dr. Luchs worked for over a decade as a consultant and as a manager in industry. As a Principal with the consulting firm PRTM (now part of PwC), Dr. Luchs worked with a broad client base to improve their product management and marketing performance. Clients included Fortune 500 companies as well as SMBs in the consumer packaged goods, consumer durables, computing and telecommunications equipment, and telecommunications services industries. In addition to his consulting experience, Dr. Luchs worked in industry as the Sr. VP of Marketing for Labtec Inc. (now Logitech), and as a Product Manager for Black & Decker.

Pat Austria, Using Crowd Sourcing Technology to Change the Way We Save Lives
Pat Austria is a senior at the College of William and Mary double majoring in International Relations and Business Process Management & Consulting with a concentration in Entrepreneurship. By the end of her freshman year at the College, she had been accepted into the Project on International Peace and Security (PIPS) program and received an internship offer from the World Bank. At the Bank, she worked in the Innovation practice as one of the first members of the Mapping for Results team. Despite being the youngest member of the team, she continued the mission of the project after that summer. The next year, she worked for Development Gateway continuing her geocoding work for the government of Malawi. She has also worked with The Best Shot Foundation–a new organization of the founder and former executive director of the Save Darfur Coalition. This past summer, she returned to the World Bank to continue geocoding work and also helped train and supervise a group of masters and PhD students from universities like Harvard, Columbia, and Georgetown. On campus, Pat is a research assistant at AidData, and has served as the Executive Director of the Campus Initiative for UNICEF and the Students for St. Jude. In the summer of her sophomore year, Pat began working on the Lunas Project in order to use the knowledge and resources she had been exposed to at the Bank, DG, and the College to improve disaster management in her home country of the Philippines.''

Tamara Sonn, Myths about Religion
Tamara Sonn is the Wm. R. Kenan Distinguished Professor of Humanities in the Department of Religious Studies at the College of William and Mary. Her books include Interpreting Islam: Bandali Jawzi’s Islamic Intellectual History (Oxford, 1996; winner of Choice Book of the Year award); Comparing Religions through Law: Judaism and Islam (with J. Neusner; Routledge 1999; named “One of the Best Books of the 1990s” by the Journal of Law and Religion), Islam: A Brief History (Wiley-Blackwell, 2010, an expanded and updated edition of A Brief History of Islam, Blackwell 2004), and The Sage Handbook of Islamic Studies (2010). Her most recent book is The Religion Toolkit: A Complete Guide to Religious Studies (with J. Morreall; Wiley-Blackwell, 2011). She has contributed chapters and articles to numerous books, journals, and encyclopedias; and her works have been translated into Arabic, Bengali, and Portuguese. She has lectured in North America, Europe, the Middle East, South Asia, and Africa. Her research has been supported by the American Council of Learned Societies and Fulbright, among others. She served as senior editor of the Oxford Dictionary of Islam (2003), and associate editor of Oxford’s Encyclopedia The Islamic World Past and Present (2004). She is senior editor of Oxford Islamic Studies Online, and of Oxford’s Encyclopedia of the Islamic World (2009). Sonn is also founding editor-in-chief of Oxford Bibliographies Online–Islamic Studies, and co-editor-in-chief of Wiley-Blackwell’s online journal of Religious Studies Religion Compass.

Tim Pagano, Respectful Inaction: Expecting Less and Less of One Another
Tim Pagano was raised in Zionsville, Indiana as the youngest of three boys. He completed his bachelor’s degree at Indiana University with a major in Social Studies Education. During his time at Indiana, Tim developed a passion for working with adolescents and family systems. In recent years Tim has worked in a variety of capacities with children and adolescents. He has assisted in the development of youth programming at group homes and domestic violence shelters, in addition to working as a summer camp counselor. Prior to beginning graduate school at William & Mary, Tim taught social studies and worked in a school cafeteria on the Navajo Indian Reservation in Arizona. Tim is currently pursuing his master’s degree in mental health counseling from The College of William & Mary. His current research focuses on fathers’ military service and its impact on their sons’ developing masculinity. Following the completion of his degree, Tim hopes to pursue a career working with at risk adolescents.

The TED videos shown were:
Aimee Mullins: It's not fair having 12 pairs of legs
Renny Gleeson on antisocial phone tricks 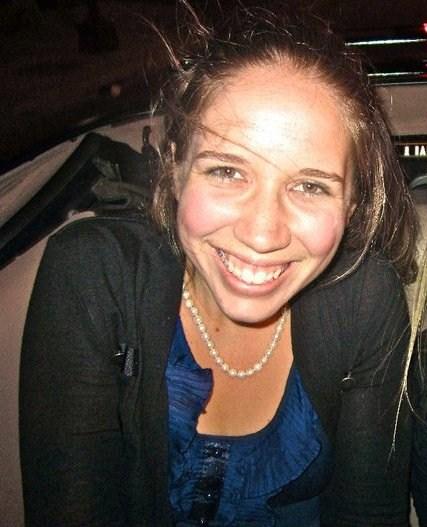