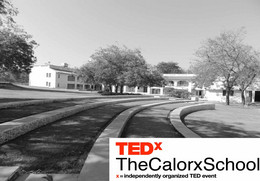 TEDxTheCalorxSchool will celebrate innovation in its various forms. Speakers will be ranging form various walks of life.

A graduate of Palucca Schule Dresden - Hochschule für Tanz, Germany, Hrishikesh completed his Master’s program in Modern Dance before returning to India and establishing the Centre for Contemporary Dance in Pune. He draws his influence from modern dance history and literature. As a performer, he believes that technique isn’t enough; being in touch with who you are and exploring this relationship is crucial to the creative process.

Sanjna Kapoor is the daughter of Shashi Kapoor, herself a well-known face in Bollywood, and Jennifer Kendal. In her childhood, she attended the prestigious Bombay International School in Mumbai. She had a love for acting and frequented the Prithvi Theatre in Juhu. She then appeared in Mira Nair's critically acclaimed film Salaam Bombay in 1988 but has since quit acting in films, shifting her focus to theatre in the 1990s. She manages the Prithvi Theatre in Juhu, Mumbai and runs theatre workshops for children. She also hosted the Amul India Show on television for three and a half years. In 2011, she announced her decision to leave Prithvi Theatre, and launch her own theatre company, Junoon in 2012, which would work with travelling groups staging plays at smaller venues across India.

Shakun Batra, a national scholar in Accounts, after graduating from St. Stephen’s College, Delhi was due to do his MBA and then join his father’s business. However, his dreams were very different from that of his “ non - film background” family. In an industry known for nepotism, Shakun took a chance and joined the Vancouver Film School to become a cinematographer. He slowly found himself getting inclined towards Direction. On graduating from film school, he based himself in Mumbai, the heart of the film and media Industry in India. Here began his upward climb. He assisted academy award winner Errol Morris and Emmy award winner Christopher Wilcha during their stints in India. He worked with renowned Bollywood film production houses like Excel Entertainment (Farhan Akhtar) and Aamir Khan Productions. Finally at the young age of 28 he directed his very first Bollywood feature film, Ek main aur Ekk tu with leading stars backed by a powerhouse production, Dharma Productions. Having a box office success and critical acclaim with his very first venture, Shakun hopes to strike a balance between feature films and advertisements. Shakun wishes to continue making films that deal with human emotions and complexities of relationships but always with a touch of humor to it…

Parth is the promoter of De Paix Yatra, which is a motorbike journey from India to Vietnam to promote Youth Empowerment, Global Peace via Indian Wisdom and the message and learning of Swami Vivekananda. This journey has been supported by more than 20 organizations like United Nations, Indo British Trade Council, Ministry of Youth Affairs, PETA, ASSOCHAM, US Consulate General, GCCI, FICCI, Yi, Youth Parliament Pakistan, World Peace Council etc.

Most people in India wouldn’t willingly go into the agriculture industry; most people in a way just inherit the farming occupation from their forefathers. Rahul and Shivam Patel’s are their farmer entrepreneurs. They are working passionately on getting people out of the misconception that farming isn’t lucrative. With technology, such as hydroponics and greenhouses, people have innovated the farming process making it far more efficient, profitable, and attractive. Their business has evolved around 360-degree view around “hi-tech” farming and how it can change the agricultural industry in India. The main benefits that are gained by hydroponics are higher yields, more production per area squared, and cleaner pesticide free food. With “hi-tech” farming we can sustainably grow and produce healthy and clean foods.

"Prof. Imon Ghosh has a postgraduate degree in Economics with over 25 years of experience in industry and academia. His industry experience includes heading the Learning and Development function in India for a Fortune 50 MNC, and his academic experience includes teaching at an International School, Management School and a Law University where a paper he has written on Reducing Rural Poverty and Accelerating India’s Economic Growth is in the syllabus. Imon is a Life Member of the All India Management Association, National HRD Network, Academy of HRD, Indian Society for Training & Development, Indian Economic Association, Indian Econometrics Society, Indian Society of Lab our Economics and the Indian Science Congress Association.

Mr Nirmal Kumar a management graduate from Indian Institute of Management, Ahmedabad (IIM-A) is first generation social entrepreneur. Mr Kumar started his entrepreneurial journey soon after completing his management education by shunning the lucrative job offers of the institute campus. G-Auto (www.g-auto.org) is his first initiative that he started by bringing 15 auto rickshaw drivers under a common brand (G-Auto) from IIM-A gate. G-Auto project is currently operating in four major cities of Gujarat state in India. There are more than 10,000 auto rickshaw drivers associated with the project. The project has evolved as the most trusted name in auto rickshaw segment in India. We offer four different kinds of service under G-Auto umbrella. G-Auto project was shortlisted among top 15 project globally for SMART MOBI PRIZE 2012 by university of Michigan and Rockfellar Foundation. Nirmal Job Bazaar is another initiative of Mr Nirmal Kumat to provide employment opportunity to urban poor. He has helped more than 1000 unskilled and semi skilled urban poor to get dignified employment opportunity."

Chirag Patel Founded Net4nuts Ltd. in 2000 and serves as its Chief Executive Officer. Mr. Patel is a veteran of the IT industry with over 15 years of experience working with Information Systems, Internet and mobile technologies. He conceptualized the core idea behind Net4Nuts - that of an Internet content aggregation platform, and raised initial venture capital for it. He has been instrumental in transforming the Net4nuts into a profitable provider of cutting-edge Mobile Value-Added Services (MVAS) - focusing on information and messaging solutions. He has spearheaded business development activities for Net4Nuts, bringing in vital carrier and customer relationships in India, S. E. Asia, Europe and the US. Prior to Net4Nuts, Mr. Patel has headed the edible-oils division of his family business for five years, prior to which he worked in the US for an IBM Business Partner - designing, deploying and supporting IT solutions for large US corporations. He serves as a Director of Net4nuts Ltd. He is a founding charter-member of TiE Ahmedabad, and is on the advisory board of a couple of incubators and a regular guest speaker at IIM-A, Nirma and other business schools. Mr. Patel pursued his MBA degree at Loyola University Chicago and graduated with honours, specializing in Finance and International Business.

Navneet is CEO & co-founder of Flutter. He was born in Chandigarh, India, and finished his PhD in Computer Vision from INRIA, Grenoble, France. His thesis research improved the state-of-the-art by 1000x in object detection in images, has received 5000 citations and is part of grad-school curriculum in many universities. An avid skier, he enjoys traveling and has an eye for great designs. Imagine a future where interaction with devices (computers, appliances) happen with the same natural ease and convenience as with any other human being. In that world, the term UI or 'user interaction' would fade away as all interactions are intuitive or 'human' instead of current 'human guided interactions'. At Flutter, we are building technologies for that future now, by turning webcams into the eyes of machines. 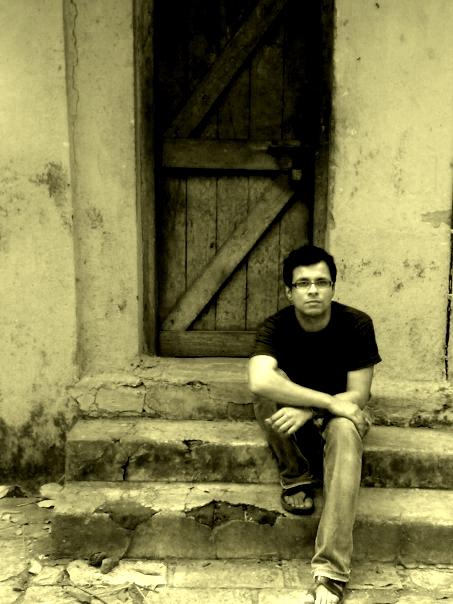