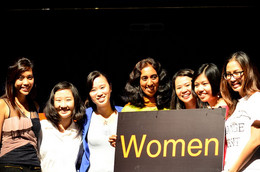 Who are the women leading change? What ideas are they championing? How are they shaping the future? Global TEDxWomen 2012 sparked amazing conversations connecting with numerous TEDx events around the world, including us in Singapore.

TEDxSingaporeWomen 2012 was a collaborative event with TEDxWomen in USA and over 150 TEDx events across the globe.

Dynamic and passionate local TEDxSingaporeWomen speakers and artistes will share their ideas, talents and endeavours with Singapore and the world. These are women who challenge what you think you know with their experiences, their accomplishments and their insights.

This event also featured brand-new speakers, near live from TEDxWomen in Washington DC. Themed The Space Between this session explores how women are less likely to approach subjects from a black-or-white perspective as they see the gray area in between. There is a curiosity in wanting to explore what is in between extremes, to gain the big picture and find the areas where we need more understanding and perhaps compromise. Women know that this is where life happens—the places in between.

Singaporean singer-songwriter Inch Chua was also the first Singaporean to be invited to perform on stage. Her performance was livestreamed and watched by thousands globally. "I'm excited, nervous and humbled all at the same time to be invited to TEDxWomen." she said.

We bring people together to seek a deeper understanding of ourselves and our world, and to inspire ideas and action for a better future for us all. Founded in April 2009, we are 100% Community-Created. Express your passion for ideas and inspiration with millions of people around the world and in Singapore.

Be authentic, Embrace everyone, Celebrate our possibilities, visit www.TEDxSingapore.sg

One of 3 winners in the 2010 L'oreal for Women in Science Fellowship, Dr. Low Hong Yee has an aspiration to advance her research work into industrialization, and is currently leading an Industrial Consortium on Nanoimprint Technology. Since 2003, she has been leading a research team in IMRE working on the topic of bio-inspired nano-technology and her research in this area has been reported in over 40 scientific publications as well as patent fillings. Born in Malaysia, Dr. Low Hong Yee was raised and educated there until her high school. She then spent up to 10 years in the US, where she received her B.Sc and PhD degrees in the field of polymer science and engineering from Case Western Reserve University, OH, USA. After nearly 2 years with Motorola Semiconductor Sector, she joined the Institute of Materials Research and Engineering (IMRE) in late 1999.

Banker-turned-singer-songwriter, Natalie Hiong writes music of poignant beauty. Coming from a family of musicians, Natalie started learning the piano when she was three. She wrote her first song at 12 and won a national songwriting competition at 15. While pursuing her undergraduate degree at the London School of Economics, Natalie found herself without a piano and picked up the guitar, which helped to hone her songwriting skills. Natalie's hobby became serious when she composed for a musical, Excess Baggage, staged in London in 2007. She began to explore the possibility of a career in music. After returning to Singapore in 2010, Natalie recorded and released her debut EP 'Little Heart', a collection of songs that chronicle a journey of love seen through the eyes of a young lady, evoking real emotions unblemished by cynicism. 2011 saw Natalie making a mark on the local music scene as she was invited to perform at MeRadio Rocks The Marina and Happy 3+65 Countdown Gig. Earlier this year Natalie was chosen to be the opening act for YouTube sensation, Marie Digby, at the Esplanade Concert Hall on the Singapore leg of her Asian Tour.

Bhavani Prakash left a career in finance and economics in 2008, after she woke up to the ecological crisis facing the planet during a deep period of self-reflection. This led to her setting up the advocacy website Eco WALK the Talk.com which raises awareness about environmental issues and campaigns with an Asia focus. It was nominated as a finalist in Singapore Environment Council’s Inaugural Asia Journalism Awards in 2012. She regularly interviews various thought leaders on trends and solutions in the environmental domain, and writes for various local and regional publications. Some of the thrust areas of her writings and talks are climate change, organic farming, non-toxic product alternatives, and green action by individuals and communities some of which is encapsulated in the free ebook, “50 ways to make your home eco-friendly.” She runs the facebook page called, ‘Grow Your Own Food in Singapore.’ Bhavani is originally from India, and is now based in Singapore. She is also a sustainability trainer, and speaker at Green Collar Asia, a green jobs portal.”

Eloquent, exuberant and wickedly funny, Mumbai-born and Singapore-raised media personality Anita Kapoor possesses an intriguing combination of nimble wit, curiosity and that rare talent – the ability to instantly connect with everyone, from presidents and pilgrims to politicians, superstars and even sharks (ocean dwelling; true account). Her story is compelling: editor rockets into the public domain as winner of the Discovery Channel Search for a Singapore Host. Falls in love with the small screen. Jumps in head first. Goes on to conquer food, travel and adventure television. Pens her own radio talk show. Artfully commands ballrooms as an emcee. Continues to light up the small screen. Is a social media maniac. What sets her apart? Whether strutting the stage in stilettos captivating a roomful of glitterati or stepping off the back of a boat to face a “great white” in a diving cage, Anita Kapoor is an experience in verve and authenticity. And then, there’s that gutsy unapologetic laugh. And disarming smile.

Esther Wang is the Founder of Joytingle - a social enterprise that believes in helping children cope with chronic illness and stressful medical procedures through meaningful designs. Inspired by a short volunteer stint - Esther saw the need to communicate effectively with children about medical procedures / chronic illness - to gain their co-operation and remove misconception that medical treatment is a form of punishment. More importantly, well-designed tools will be a time saver to healthcare professionals. A James Dyson Award Global Top 15 Finalist, Esther is grateful that her work was seen on CNN, Huffington Post and Wired.Co. She believes that design is beyond beautiful things, design is her gateway to helping people.

By day, Emily Teng, often works up a sweat by running around the city for her non-profit project, 'Blessings in a Bag' (BIAB) and social enterprise, 'OKRA'. By night, she's the voice of a local radio station in Singapore. Raised in Jakarta, Melbourne and Singapore, Emily was inspired from a young age to serve the needs of the community around her and since 2007, she's been juggling a full-time job and a full-time passion. She chooses to call herself a 'World Change Agent' and encourages others, especially youths, to do the same. Some of her ideas include hatching a movement to change the way travelers can give back to their favorite destinations, kick-starting a movement called 'One Week of Awesome' to celebrate the small things in life and ignite acts of (awesome) kindness, growing a social enterprise for women in Asia and reaching out to children facing adversity such as an abusive home environment or undergoing chemotherapy.

Weish has trouble expressing herself, and often doesn't know what she means, or is about. She does, however, derive immense satisfaction from expressing herself through music, because its amorphousness offers her autonomies and liberties away from committing to meaning in the same way that she is forced to in daily life. Extremely excited about expanding her sound, she has grown from a lone-ukulele getup back in 2009 to vocal and instrumental looping today, thanks to her friends, who bought her the looper earlier this year. Armed with her new wonder instrument, she has written many more songs and played gigs at numerous venues and events, including Fred Perry's Subsonic earlier this year alongside Jon Chan of Plainsunset. She is also part of a number of bands, among whom are Cold Shoulder and .gif, for whom she sings and plays the synth. She also used to host the open mic sessions at The Pigeonhole for a number of months, and is passionate about providing nurturing platforms for new musicians to grow and be found.

Following a life-changing experience in the March 11, 2011 Japan Earthquake, Cassie Lim left a decade of career in Media to explore what life could be. Formerly worked for Discovery Channel in Singapore and Amsterdam and for Discovery Reports, producing international business reports for the South China Morning Post. Cassie chose to shift her focus to give voice to other people by founding be movement. be movement is set up to celebrate the courage to bein people, companies, non-profit, social enterprises and experimental travel. It launched a quarterly ad-free bookazine on October 11, 2011, which was the first-ever publication from Singapore to be endorsed by Noam Chomsky. “I want be movement bookazine to exist as a pure space, where people can come and be inspired.” Finally, a publication that truly cares about its readers, won international acclaim and featured Glen Goei, Nadya Hutagalung, Ong Tze Boon and Tushar Gandhi. 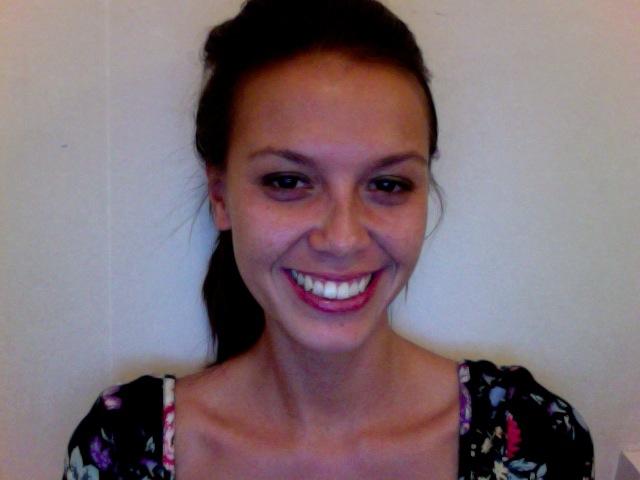