The Theme: The Space Between

Like most journeys in this complex, globalized time, this annual gathering has not been linear or limited by geography, or even by expectations that a women’s conference is only for women. TEDxWomen is for a world that needs the full participation of women and their ideas, their experiences, their compassion and convictions, their activism and their artistry. All of this and more is what we celebrated this year at TEDxWomen.

After tracing some of the most powerful threads that have been woven throughout these past two years, and speaking with organizers from all over the world at this year’s TEDxSummit in Doha last spring, we landed on this year’s theme: The Space Between.

We live in a time of extremes. The public dialogue often frames our most profound discussions in the inherently limited vocabulary of polarities: the rich vs. the poor, men vs. women, right vs. left, work vs. family, peace vs. war.

In fact, we know—women especially know—that this black-and-white worldview is fundamentally flawed. The world is not made up of polarities, but of spectrums. It is not structured like a line, but a web. Everything from the shape of our DNA to the Internet bears this out.

On Friday and Saturday, we rejected the reductive rhetoric of either/or and, instead, embraced the complexity of both/and. We examined, in the space between, the challenges we face and the opportunities we have. We honored the unique power of women to see the thousand, subtle shades of gray in between black and white and to act at the intersections of so many critical issues. The Space Between is where ideas worth sharing are truly born.

If one word could be used to describe Laila Sedky, it would be "passionate". The 26-year-old founder of NOLA Cupcakes is passionately dedicated to delivering a daily dose of joy to each and every one of her customers, every single day. NOLA Cupcakes opened its doors in October 2010 and has rapidly grown into the leading gourmet cupcake specialty bakery in Cairo, with two stores in Maadi and Zamalek, and pop-up store in the North Coast and Alexandria. The rising entrepreneur's efforts have been universally lauded not just for the quality of her products, but for the flair with which she delivers her message of happiness. Through beautifully crafted, high quality cupcakes, a message of love, a passion to deliver an exceptional customer experience, and a deeply involved charitable arm of the business, Laila has cultivated a loyal customer base that consistently come back for their daily dose of joy.

has worked as an Antiquities Conservator at the Egyptian Museum in Cairo since 2007. She has participated in numerous archaeological excavations in Egypt, as well as in many national and international conferences, in which she has presented critical cases regarding the conservation of antiquities. She is also the Founder of the organization- World Wide Archaeology Association, that has laid the groundwork for modern cultural and archaeological activities by volunteers worldwide, by orgainzing lectures, workshops and promoting international issues to save cultural heritage sites not only in Egypt, but worldwide. She is the Manager and Director of Archaeology Times online magazine, which aims to promote the most current issues concerning archaeological research and information worldwide.

Giacomo was born in 1983 in Rome, Italy. He has a master degree in politics and institutional communication and he got married in 2011. Giacomo is a self thought painter, photographer, writer and social entrepreneur active in the field of art and culture since his early age. Giacomo has lived and worked in Italy, England, France and he arrived in Egypt in 2009 through the UN Volunteer Programme. He served 3 years at UNAIDS Egypt promoting art as a tool to raise awareness on development issues and advocate for social change among other things. Between 2011 and 2012 Giacomo felt the wake up call of the Egyptian revolution, left his UN job and co-founded the informal network Bolleka which promotes artists from the Middle East through global cultural initiatives. His work has been exhibited in Italy, England and Egypt through several group exhibitions. Giacomo has also acted as the artistic director of 3 collective international exhibitions and in the summer 2012 was approached by UN Women Egypt to work on a high profile art based initiative for young Egyptian artists promoted by the UN within the “16 days of activism to stop violence against women”. Giacomo is currently working to launch a new artistic movement called “3rd Millennium Spiritualism” (3MS) which rejects and opposes the commercialization of human imagination and the business approach to art. The 3MS movement manifesto was published in 2012 through the Bolleka social media platform and it aspires to preserve the real nature of art as a tool to stimulate reflection and revive positive symbols.

i’m a singer/songwriter/composer born in (UAE). Moved to Cairo at the age of 17 to go to college and pursue my musical dream. I didn’t study music but I had it run through my veins ever since I was a kid. Born into a family of musicians . My start was through school and university talent shows. At MSA University, I became famous for the song I made for it at the time of my graduation "The MSA Song," which since then became the University's official song. I have collaborated with famous singer Samo Zaen in his album "Leek Lewahdak" in the song "Getlak Beitak" and with Moroccan star Hoda Saad in her album "Teyr Alhobb" in the song "Narilla." You may recognize my voice in Radio Hits' promos as well as many radio jingles and ad voice overs. I appeared and sang with my brother in the Vodafone Shukran campaign Ramadan 2011. Funnily, I became famous for my "heeeeeeeyh!" at the start of the advertisement; fans even created a facebook page called البن العسل اللي بتقول هيييه على عربية فودافون شكرا. I was inspired to work on my first album ‘Ballouna’ which is entirely written, composed and performed by me. I have collaborated with my brother Jimi, Ezz Shahwan and Hany Bdair from Salalem and in music arrangement and sound engineering have worked with Sherif El Wesseimy, Moataz Nada and Tarek Tawakol. And it's fun to say that I will be having a duet with Salalem called "Testahel." I have also written and composed 2 songs for a rising Omani artist, Ziyad. The songs are "I Am The Earth," and "Oh Allah." The latter has been shot as a video and will be released soon .About my album, well it is basically a story of my life, I am sharing bits and pieces of my very own experiences throughout the past 25 years. The best thing about my songs is how personal they are, people can really relate to them as I am not afraid to share even some of my secrets because I believe that nothing should be off limits and that we should be allowed to talk about anything and everything in our music . Today, I have 2 songs playing out on the radio. One is called "Ghalat" and is airing on both Radio Hits and Mega FM; and the other is in English called "Endless Signs" and is airing on Nile FM's Homegrown .

A 15 years veteran of Microsoft, Ghada Khalifa is the Citizenship Lead and Community Affair Manager of Microsoft Egypt as well as the Trustworthy Computing regional lead. She is responsible for initiating, developing and implementing Microsoft Employability initiatives; Donors and Civil Society engagement and support; and Environment Sustainability in Egypt. Additionally, she leads Microsoft local program to advocate for responsible business practices; transparency and rule of law. Khalifa drives Microsoft public, private partnerships engaging with governments, civil society and private sector to identify opportunities on how Microsoft leading technology can support in resolving key national issues and concern. A devote advocate of women right, Khalifa holds an MBA from Maastricht University.

"Madame Revolution": the honorary title was awarded to the former businesswoman Egyptian Heba Elsewedy. During the Egyptian revolution, she worked more than 2,000 injured Tharir place. The young revolutionaries called "Heba Mama." She disclaims any honorary and media attention. For the first time, she tells her story to RNW. During the revolt of 25 January 2011, Heba Elsewedy takes under its protection to hundreds of young people. During the confrontation that followed, especially when the intervention of the army on the eve of legislation, it heals the wounded. She then has the slogan: Better moral support material support. "I show that I have regard for what is a casualty," said Heba Elsewedy. "He risked his life for us to live." Saudi Arabia and Egypt Heba was born Elsewedy Saudi mother and an Egyptian father. Very young, she shows a predilection for charities. "My mother was a very generous and my father was known for charitable institution he founded." After spending his youth in Saudi Arabia, Heba Elsewedy settled in Egypt, where she married one of his cousins. After succeeding in business, she devoted herself to raising her four children Heba Elsewedy is committed thirteen years previously to charity. She visited orphanages and hospitals contribute to the costs of patients who can not afford treatment, "and there are quite a few in Egypt," she said. Heba Mama The wounded of the revolution have not yet all recovered. Heba Elsewedy makes daily visits to "their" youth in hospital. It follows their recovery when they return home. "I can give money and stay home., But I love them and I treat them like my own son." She likes to be called "Mama Heba". Many young people it'' s care over the age of his own children. "Since the death of my mother, 15 years ago, you're the first woman who deserves that I call 'mother'," he once told a young injured. Heba Elsewedy has also occupied several injured in the Libyan revolt were transported by ambulance to Misurata Egypt. Some of them have since recovered and returned home, but others did not come out. She still remembers very real young people who are dead. Dispute but no dispute After the revolution, Heba Elsewedy starts with some colleagues from the business forum "The Egyptian people", which aims to show positive examples of society. Its slogan: "Our differences should not lead to disputes." 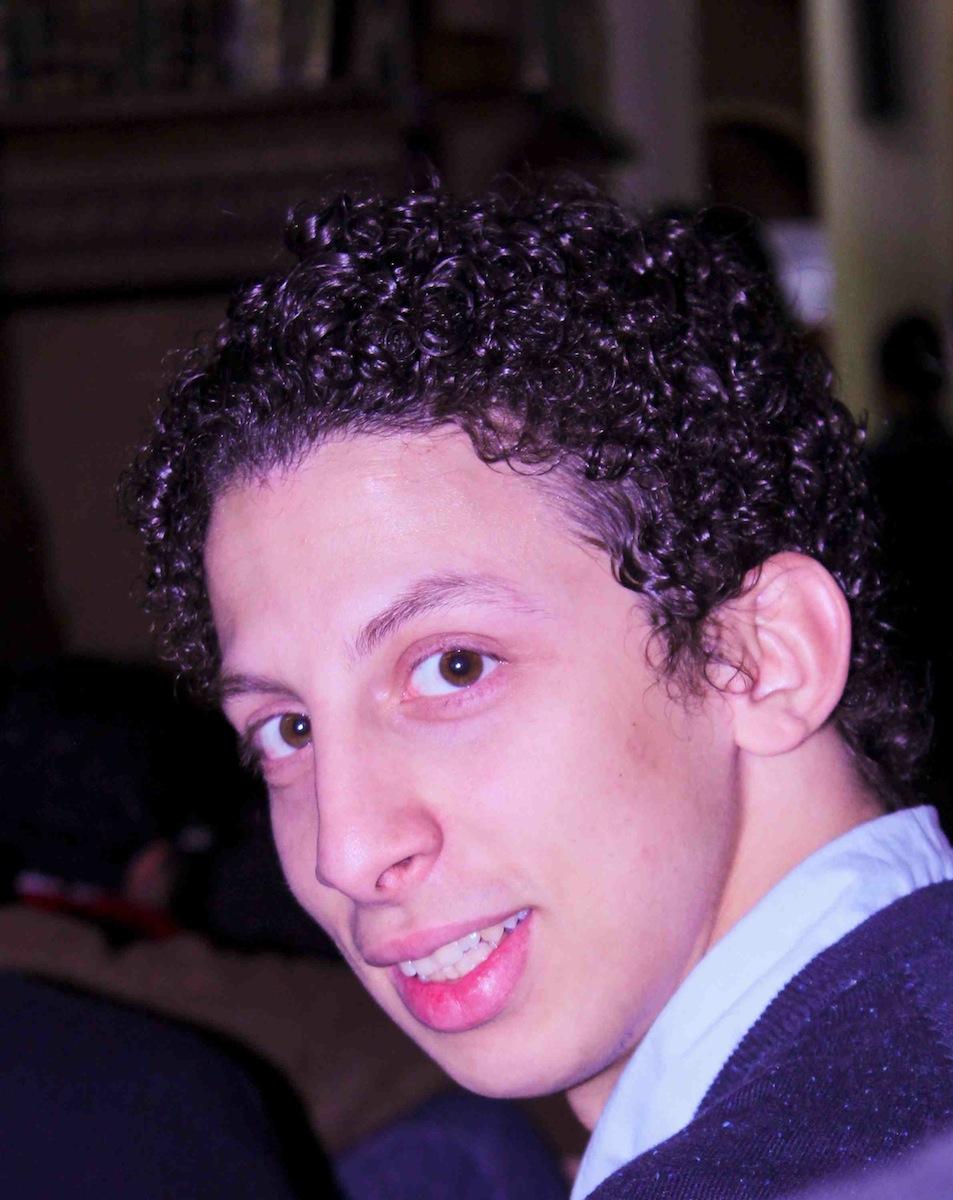 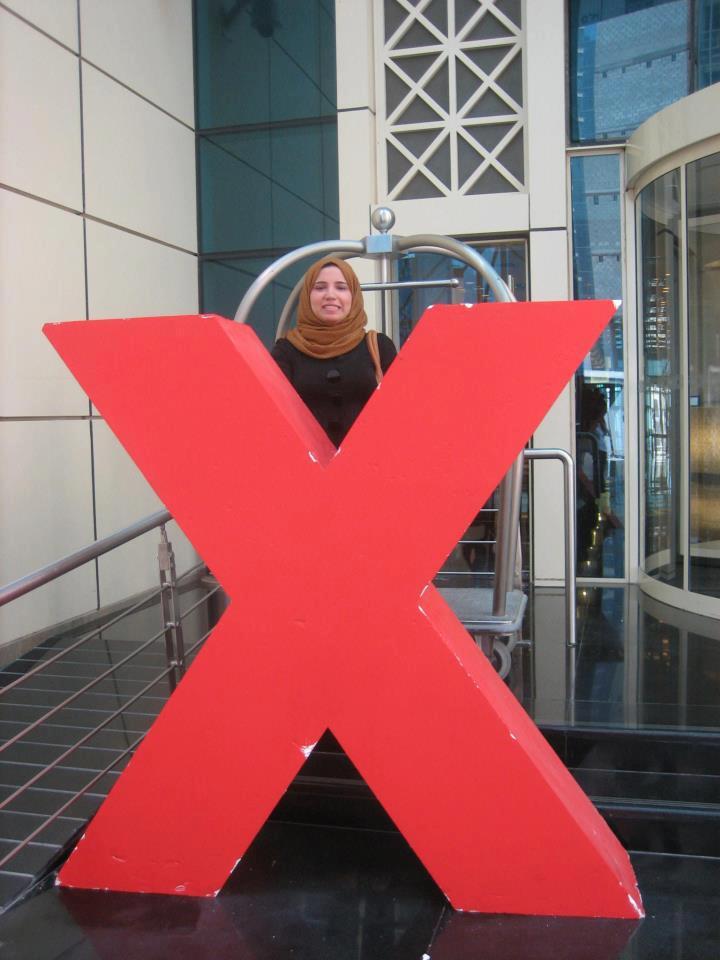