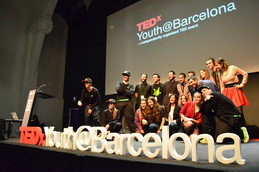 At TEDxYouth@Barcelona we certainly didn’t talk about any depressing news. Or about “ni-ni’s”. Or brain drain. Or youth unemployment. Our aim was to celebrate young talent. Because we’ve got a lot of it in Barcelona and we want to share it with the world.

Related with programming, robotics and mathematics. Photography, graffiti and social entrepreneurship. Never mind what area it was: the first TEDxYouth@Barcelona was an event to showcase examples of young people who chase their passions and help inspire others to find their own.

Albert is a PhD researcher in Cognitive Science at the Department of Psychology at City University London thanks to a fellowship from the U.S. government. His research concerns the application of mathematical and computational methods to modelling human cognition. Specifically, his research is about judgment and decision-making, behavioral sciences and moral psychology. Albert also has a M.S. in Brain, Cognitive and Behavioral Sciences from the Universitat de Barcelona and a BA in Economics from the Universitat Pompeu Fabra, Barcelona. He’s worked as a Teacher’s Assistant and Research Assistant in Decision Making and Behavioral Sciences. The other side of Albert is an artist. He translates scientific concepts into surrealist illustrations and he paints his subjective interpretations of certain psychological concepts and the mind. Many have been published in the science column he writes in one of Spain’s national newspapers, el Periódico de Catalunya (Neurocàpsules).

Amaia has a Degree in Advertising and Public Relations for the Universidad Complutense of Madrid and a Master Degree in Communication Design and Editorial Projects for Elisava School of Design. Amaia started her professional career in advertising, working for McCann Erickson Madrid for a couple of years. At 26 she decided to move to Barcelona and have a fresh start. She loves drawing, graphic design, typography, ceramics, embroidery, children’s stories, old stuff, weird stuff, UFOs, unicorns, the yeti, the color pink, the color purple, constellations, the right side of the bed, pizza, hamburgers, milkshakes and koalas. She has an imaginary dog.

Daniel began studying music when he was just four years old, in “L’Estudi Teresa Maria” in his hometown of Premià de Mar. Music has been a theme in his life that he has always come back to. When Daniel began his college degree in architecture at the ETSAB (Escola Tècnica Superior de Arquitectura de Barcelona) his artistic vein was reawakened. At 23 he began teaching piano at the Betània-Patmos school and he also started training with Gorka Bartolomé with the clear objective of being accepted into a program for advanced piano studies. At 25 he was accepted into the Liceu Superior Conservatory to major in Piano studies with the renowned professor Alba Ventura. Daniel has been fortunate to have participated in masterclasses with some of the world’s foremost pianists such as Luiz de Moura Castro (2009-14), Paul Badura-Skoda and Leonid Sintsev as well as the pianoforte expert Arthur Schoonderwoerd.

International hockey player. When he was 20 years old, David dropped out of the Universitat Politécnica de Catalunya where he was majoring in Architecture and made a radical change in his life path. That very same year, he stepped into the kitchen for the first time, and started training with the best chefs in Catalonia: Xavier Pellicer, Jean Louis Neichel and Joan Roca. By 25, Jordi Cruz, the well-known chef of the two-starred Michelin restaurant ABaC, had deposited his confidence in him and David became his Sous Chef and right-hand man. David and his brother Xavier opened Somiatruites, a cultural and gastronomic project, in 2013. The premises are located in the Rec quarter of Igualada, once the industrial powerhouse of the city, and were designed so as to fit in with the local surroundings. In 2015, David applied to Young Chef 2015, a worldwide competition for chefs under 30. He’s already won the regional finals for Spain and Portugal. World Final will take place on June in Milan.

Duna is the one of the co-founders of MULA, a collaborative project which searches to join old solutions, such as urban farms, with new problems, such as a housing shortage for young people. She is simultaneously finishing a Degree in Audio Visual Animation. With six other friends, she co-founded Urban Farms for Alternative Housing (MULA- Masoveria Urbana per la Llar Alternativa) whose first project was to rehabilitate an old neglected country house in the Can Baró district of Barcelona. This once rural farmland that fed the city dwellers, is now a neighborhood on the outskirts fighting to keep its historical heritage. By applying an old solution- allowing the tenants to live there for free in exchange for the upkeep of the property- they are helping preserve the buildings and land. Their project offers a fresh perspective to the problem of housing for young people. She is convinced of the fact that if you put in time, work and passion- anything is possible.

Georgina finished her obligatory high school degree in 1950 and began working at the Amatller Institute of Hispanic Art. In 1953 she moved to London, and the next year she began working with Dr. Josep Trueta at the Nuffield Orthopedic Center in Oxford. She then went to live in Vienna for a year. She came back to Barcelona and began working with her brother Oriol Regàs managing and promoting nightclubs such as Bocaccio, Up & Down, Tropical and Garden. She then started a career in event planning and catering at the Barceló-Sants Hotel. In 1979, she founded “Confituras Barrios”, which made traditional jams, and then opened “Charcutería Barrios” in the beach town of Palafrugell, specializing in ready-made meals and catering. In 2004, once she had retired, she created and inaugurated the Museo de Confitura, specialized in jams and marmalades in the village of Torrent, in the Baix Empordà.

Jordi was born with the lens of his father’s camera capturing his first moments of life. At just 2, he was given his first camera of his own. While Jordi studied at the IFEC (Institut d’Estudis Fotogràfics de Catalunya) he worked with the digital sports newspaper called Esportiu.cat. His photographs began to be published in Vèrtex magazine and in “Saragossa Edicions”. In 2012, after collaborating with a variety of successful projects, he decided to specialize in his true passion -mountain sport photography. That same year, Jordi was accepted to the prestigious Salomon International Team as a photographer. He’s photographed more than 30 competitions such as the UTMB (France-Italy-Switzerland), Kilian’s Classik (France), UROC (Colorado, USA), Chamonix World Championships (France), HardRock 100 (USA), BUFF Epic Trail (Catalonia, Spain), Tromso Skyrace (Norway), and The RUT (USA) among others.

Josep Marc is the co-founder of Arcvi, an analytic and strategic consulting firm focused on Big Data and Analytics projects. He is also one of the founding members of BCNAnalytics, non-profit group of like-minded individuals that aim to turn Barcelona into a European hub for analytics. Previously, Josep Marc worked at MIT (Boston, USA) as a research assistant in the Computer Vision Lab at the Computer Science and Artificial Intelligence Laboratory. During that period, he was also a member of the MIT Global Startup Initiative in Colombia, working as an organizer and teacher for the program, whose aim is to promote entrepreneurship in developing countries. Josep Marc has a Master’s in both Mathematics and Telecommunications Engineering from the UPC with the CFIS program. During his studies, he also co-funded Academia Bruc and worked as a teacher’s assistant at one of the world’s most prestigious business schools, ESADE.

Loreto has a B.S. in Psychology, and was always curious about how the human mind and brain worked. When she researched what her professors were working on in regards to language learning in infants, she was fascinated and applied to the Master’s program in Neuroscience. Currently, she is a PhD researcher in Language Acquisition of Bilingual Infants at Babylab of the Universitat Pompeu Fabra in Barcelona, focused on development of categorization abilities during a child’s first months of life. She is especially interested in the development of these abilities in bilingual infants, taking both electrophysiological (EEG) as well as behavioral (Eye-tracker) measurements. She has been a visiting student at the Humboldt University in Berlin, the Central European University in Budapest, and the University of British Columbia in Vancouver.

Mamadou arrived in Barcelona at just 16 years of age, and lived in different centers for minors until he turned 18. At 17 he created the documentary “Had I known, I wouldn’t have come” (Si yo sabría, no vendría) and “Tomorrow, more of the same” (Mañana, lo mismo) in order to make public the plight of Senegalese immigrants coming to Europe. These documentaries have been shown for 3 straight years in a variety of public and private schools in Ziguinchor, his hometown. At 19 Mamadou got his first job in a bike rental company. The experience inspired him to start a new project called “A different Barcelona, on wheels” (Una Barcelona diferente sobre ruedas), which is a tour showing the less publicized social reality of Barcelona. At 21 Mamadou decided to start Diandé Africa, an educational project born from his experience, both as a user and a volunteer, in a wide range of social entities in Barcelona (Fundación Exit, Casal dels infants, Punto de Referencia, Mercé Fontanilles and Nexes). 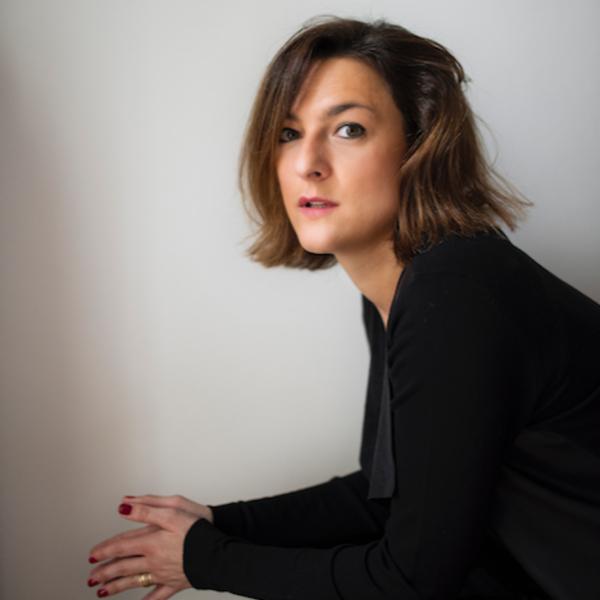 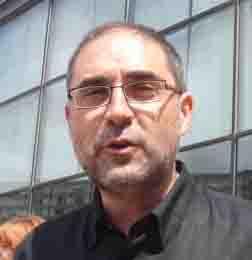