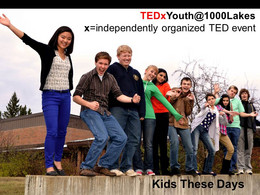 Regardless of your generation, the expression “kids these days” endures, not necessarily in a bad way. Kids these days will change and are changing the world. TEDxYouth@1000Lakes is a youth-organized event that will bring together a diverse group of people for an inspiring day ideas worth spreading.

Emily is a senior at Grand Rapids High School, and is engaged in many social activities. She loves people and loves spreading new ideas (known for being quite the unique individual herself sometimes) and bluegrass. Grown from a family of classical music and bluegrass, she loves music! Emily has been hardcore-involved with choir participating in All-State choir and Superior Honor's Choir, and loves a good bluegrass jam. After high school, she plans to attend Northwestern College majoring in English as a Second Language and Intercultural Studies, hoping to go overseas and be a missionary. And she is stoked for TEDx! Emily believes that "Kids These Days" have to learn to be unique as individuals instead of always trying to go with the flow. Make all your own!

Steve Boland practices what he preaches about "Kids These Days" with his three teenagers, teaching them technology and troubleshooting for their hyper-history world. Steve is a nonprofit leader with expertise in building strong communities, creating effective financial strategies and using technology to further nonprofit fundraising and operational goals. Steve has over 20 years of nonprofit and public sector experience, including executive director positions at Twin Cities-based nonprofits. Steve is a graduate of the University of Minnesota Twin Cities, and holds a Master of Nonprofit Management degree from Hamline University.

Niki Julien is from Northern Lights Community School in Warba. Niki struggled in traditional schools due to dyslexia, as well as feeling like she didn’t fit in. She hated school. Being angry and volatile caused strains in all of her relationships. One day she told her mother that she wished she could know what it felt like to not want to be in the dark all day. She wanted to know what it felt like to be in the light. Reaching a breaking point, and having learned of Northern Lights Community School, she decided to try it. Niki describes feeling immediately at home and accepted. She loves school now. Niki says, “At NLCS they didn’t just bring me into the lights, they brought me into the SUNlight.”

Solveig was home schooled from kindergarten through eight grade, and is now a junior at Grand Rapids High School. She is on the Varsity swimming, cross country skiing, and track teams. Solveig enjoys spending time with family and friends, as well as traveling as much as possible. Since she was 5 years old, Solveig has played violin with the Itasca Orchestra and Strings Program youth orchestras, as well as the Itasca Symphony Orchestra. She has studied with Dan Aalto, Mary LaPlant, and now Debbie Losik, and has also studied piano with RoseAnn Fritz and Holly Newton. Music has been an important part of Solveig's life since she was young.

Christopher is a senior at Grand Rapids High School. Chris is a hard working student who enjoys taking a variety of classes. While he considers all to be equally important, he favors math and physics. Chris is involved in several bands in his high school, and loves music with a passion. He enjoys conversations with his family and friends, outdoor activities, staying involved in his church, traveling, listening to all genres of music, and playing saxophone and piano just for fun. His future plans are to attend college to get a degree in engineering and possibly a minor in music. After this he hopes to move to Colorado and get a job as an engineer.

Nikki Frick is a senior at Grand Rapids High School. Nikki is a figure skater, musician, and speaker. In her free time she enjoys studying International Relations. She also hopes to study and practice Buddhism in her future, and would like to help Americans become more tolerant of other cultures. Her speech was inspired by her own as well as others’ struggles to transition into college and the job market under a changing economy and environment.

Frieda Hall is an educator, having taught every kind of social studies subject from seventh through twelfth grade. In addition to history and geography, she also taught journalism to ninth graders and Theory of Knowledge to seniors, as well as opening the eyes of students to two of the world's great cities, Washington D.C. and New York City, on several student trips. Since her retirement from ISD 318 in 2009, Frieda continues to teach, including a reading group with fourth graders, subbing at Grand Rapids High School, and teaching English to a young Latina woman. She also volunteers at the Grand Rapids Food Shelf and is on the board of directors of Second Harvest North Central Food Bank, the Itasca County Family YMCA, the District 318 Endowment Fund and the Grand Rapids Human Rights Commission. Learning is her passion as well as teaching. Her present goal is to be fluent in Spanish.

Luke is an 11th grader at Nashwauk-Keewatin High School. He enjoys reading, sleeping, speech, and eating McDonalds. His favorite book is "Revolution" by Jennifer Donnelly and his favorite movie is "The Girl With The Dragon Tattoo". He loves his friends and family very much, and dedicates this speech to his grandparents, Carol and Ron, who both recently passed away.

Elizabeth Olson is a a student, poet, singer, writer, future nurse practitioner and a monthly contributor to the Itasca Area Initiative for Student Success blog and Facebook page. Elizabeth grew up in Calument and attends Greenway High School and the Alternative Learning Program in Marble.

Michael LaRoque is a senior at Grand Rapids High School. He is currently involved in several extracurricular activities and is a member of his high school hockey team. He plans on attending college next year and pursuing a degree in engineering. Michael is known as a smart, creative person with a great sense of humor. He comes from a family of five kids, all of whom have played the piano. Michael has always had a strong passion for music and enjoys composing his own works.

Emma is currently a senior in high school, with, overall, a strong love of talking. She is highly active in the speech program, performing this year both serious poetry and dramatic duo. She also loves to sew her own clothes, watch Audrey Hepburn movies, participate in the marching band’s color guard, and hang out with her cats. Her biggest dream, disregarding the unlikelihood of it, is to somehow make it to the red carpet- preferably as the next Emma Watson. Oh, and also to be Martha Stewart’s best friend. 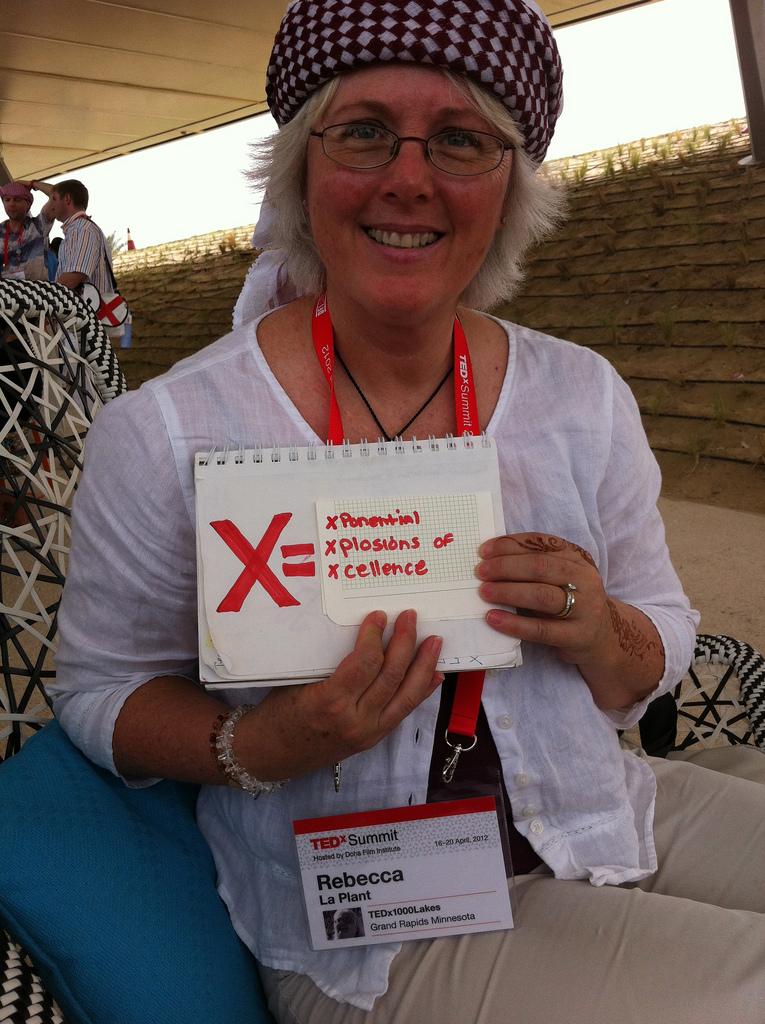