TEDxDenverTeachers is a public - private collaboration between Colorado Academy, the Association of Independent Schools and Denver Public Schools to share innovative educational practices that change lives. The focus this year will be teaching all students 21st Century Capacities essential to future successful.

Event type:
Teachers (What is this?)

Author of The Falconer: What We Wish We Had Learned in School. - Chief Operating Officer of the Francis Parker School. - Author of The Learning Pond, a blog which focuses on transformational schools and how they shape students' future

Paul is the history department chair at Colorado Academy and currently teachers Global Perspectives in the 21st Century which contains a trimester of Design Thinking. Over the years, Paul has taught everything from kindergarten to college and he has received both teacher-of-the-year and coach-of-the-year honors. Paul also serves as the director of the CA Youth Philanthropy Program. In 2009 with four of his former students, Paul co-founded Dot-to-Dot Children’s Books, a non-profit company that works with underdeveloped communities. Paul earned his B.A. in American Studies at the University of Oregon and his M.A. in American Studies at the University of Wyoming.

A passion for intellectual and outdoor pursuits led Christopher and his wife, Molly, to found the High Mountain Institute and HMI Semester in 1995. After graduating from Colorado College with a BA in Physics, he spent two years studying nature philosophy and apprenticing with a wide variety of outdoor programs in Scandinavia. Field experience with the National Outdoor Leadership School and Deer Hill Expeditions combined with two years of teaching physics at a small boarding school sowed the seeds for the dream of creating the High Mountain Institute.

After a successful 35-year business career, Jim Owen reinvented himself as an author, film producer and social innovator. He also created the Center for Cowboy Ethics and Leadership, a nonprofit foundation to help spread the message that “we can all be heroes in our own lives.” Jim’s book credits include Cowboy Ethics (2004), a best seller with more than 120,000 copies sold to date, and Cowboy Values (2008). His most recent book, The Try, addresses what kids need to learn to be successful in an evolving world.

Ann Moore serves as an Educational Consultant to the Center for Cowboy Ethics and Leadership spearheading the Center’s educational and youth programs. Additionally, Ann was the Executive Director for the Center for Cowboy Ethics and Leadership for three years and is currently a teacher at Cherry Creek High School, one of Colorado’s top-ranked public high schools, where she specializes in working with at-risk students.

Ken is an American National Poetry Slam Champion, TEDx Fellow, Nuyorican Poets Cafe Grand Slam Champion and published author who has performed his work in 49 states, 6 countries and at more than 150 colleges and universities. He is the current Executive Director and head coach of Denver Minor Disturbance, an independent literary arts organization dedicated to helping Colorado youth find voice through the mediums of poetry and performance.

Theo Wilson is a founding member of the Denver Slam Nuba team, who won the National Poetry Slam in 2011. He began his speaking career in the N.A.A.C.P. at the age of 15, and has always had a passion for social justice. He attended Florida A&M University, where he obtained his B.A. in Theater Performance. Upon graduating, he interned as a full time actor in St. Louis Black Repertory Company, where he was introduced to Slam Poetry, and has never looked back. In 2004, he returned to Denver, winning many local slams against Denver's top competitors. Theo has opened for performers such as Dead Prez, The Flobots, Bahamadia, Saul Williams, Taylor Mali and Universes.

Martha is the middle school principal at St. Mary’s Academy. She has also served as assistant head of school at The Episcopal School of Dallas and as a math teacher. A graduate of Texas A&M, Martha also holds a Masters of Liberal Arts from Southern Methodist University and certification in math instruction grades 6-12. 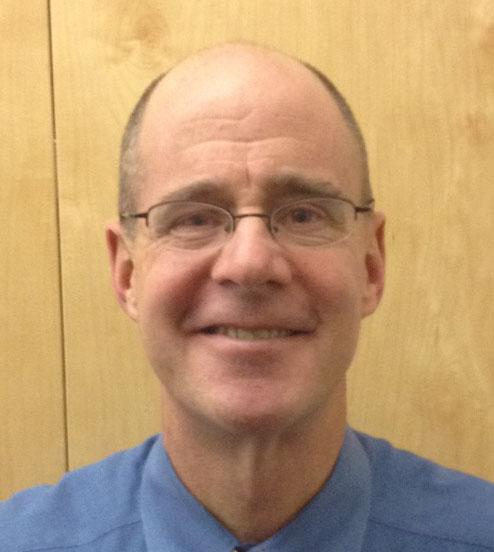