Welcome to the third year of TEDxSetonHall. Reflecting on the past three years, we are amazed with how far we have come as a conference and how much more there is to explore. This year's theme is "What's Next?". We strive to create a conference experience that brings together students, faculty, and community members to share their thoughts, hopes, and experiences. All are welcome!

Susan A. Nolan, Ph.D. is a Professor and Chair of the Department of Psychology at Seton Hall University. She is an NGO Representative for the American Psychological Association at the UN where she is on the Executive Committee of the NGO Committee on Mental Health, and is on the Executive Board of APA’s Division 52 (International Psychology). Dr. Nolan conducts two lines of research – on interpersonal consequences of mental illness and on the role of gender in science, technology, engineering, and mathematics careers, funded in part by the National Science Foundation. Dr. Nolan also has co-authored two undergraduate statistics textbooks, and loves to teach Statistics, as well as Abnormal Psychology and International Psychology.

Adam Salvitti-Gucwa is founder of the empowerment apparel organization Robin, which works to support grassroots school initiatives in the bateys of the Dominican Republic and inspire individuals to connect to their own communities in a meaningful way. He is also a 2013 MBA candidate at NYU Stern where he is studying Digital Marketing, Entrepreneurship and Social Innovation. Adam has worked at various non-profits around the globe in positions ranging from English Teacher and Camp Counselor to Senior Finance Manager and Web Developer.

Alex Torpey, a longtime South Orange resident and digital media entrepreneur, was elected mayor of South Orange in 2011 at age 23. At the time he was sworn in, Torpey was the youngest mayor in New Jersey. His governance philosophy relies heavily on the use of digital tools and media to increase transparency and communication to the end of getting citizens more civically engaged. In addition to his mayoral duties and his business,Torpey is looking to start a nonprofit aimed at getting youth more involved in government in a nonpartisan fashion. Torpey is also pursuing a masters in public administration in emergency management and criminal justice at John Jay, serves as South Orange's Office of Emergency Management Coordinator and as a volunteer EMT on the South Orange Rescue Squad.

Juan Carlos founded the White Roof Project, a national environmental initiative to curb climate change on Earth day in 2010. The idea came to fruition at an event about sustainability, and began as a promise to do one project. When 150 volunteers showed up to coat the first rooftop a few months later it was a watershed moment, and it went from being a project to the start of a movement. Juan Carlos is a socially conscious writer/director who is currently in post-production on his second feature film. His mantra is: I am here on this earth to be a vessel for change. To fix the social inequities I perceive in our world. I use my love and willpower to create tangible change and that is what I would like to leave behind: A completely different world than the one I was born into.

Dave Kerpen is the co-founder and CEO of Likeable Media, an award-winning social media and word-of-mouth marketing firm. Dave’s book, a New York Times Best Seller, is “Likeable Social Media: How to Delight Your Customers, Create an Irresistible Brand, and Be Generally Amazing on Facebook and other social networks.” Dave is proud of his Likeable business accomplishments but prouder of his wife and business partner Carrie and two daughters at home in New York , Charlotte and Kate.

Rich Liebler is a 1967 graduate of Seton Hall who, immediately upon graduation, began work as a Captain and Jet Pilot in the Vietnam War where he was awarded the Distinguished Flying Cross. Upon return, Rich started Hillside Auto Mall with a $5000 investment and turned it into a $50 million dollar a year Auto Mall. Rich used his automotive skills to start the New Community Youth and Adult Automotive Training Center in Newark in 1996. It was here that Rich began the specialization of turning around ex-offenders through equipping them with valuable life and employment skills that focus on experience based learning and a straightforward approach to handling situations. This work has given Rich much insight into the issues that ex-offenders face upon leaving incarceration and what can be done so they can become active members of society.

Jana Grcevich is a Ph.D. candidate in Astrophysics at Columbia University, and has received her B.S. in Astrophysics, Physics, and Mathematics from the University of Wisconsin, Madison and a M.S. in Astrophysics from the University of Michigan, Ann Arbor. Her research interests include nearby dwarf galaxies, galaxy evolution, and gas in galaxies. Jana's work includes both observational study and astronomical simulations. Current projects include searching for undiscovered ultra-faint dwarf galaxies through their neutral hydrogen gas and simulations of gas loss in low-mass satellite galaxies. She is also heavily involved in science education, giving public talks, speaking in schools, running interactive astronomy workshops for kids, and giving 3D presentations on astronomical topics. Later this year she will be continuing her research at the American Museum of Natural History, studying star formation via hydrodynamic simulations.

Christian Powe was born in Trenton, New Jersey and raised in Allentown, New Jersey by His father, a Christian evangelist and his mother, a high school English teacher. Christian enjoys reading, writing and discussing matters that pertain to Civil Rights in America. He is a junior at Seton Hall University, a history major, Martin Luther King Scholarship recipient, current President of Black Men of Standard and the first student to be the keynote speaker for the Black Student Union’s Black Solidarity Day event. He currently is considering joining a graduate program in political science, where afterward he hopes to use that knowledge to better the inequities suffered by America’s underrepresented. 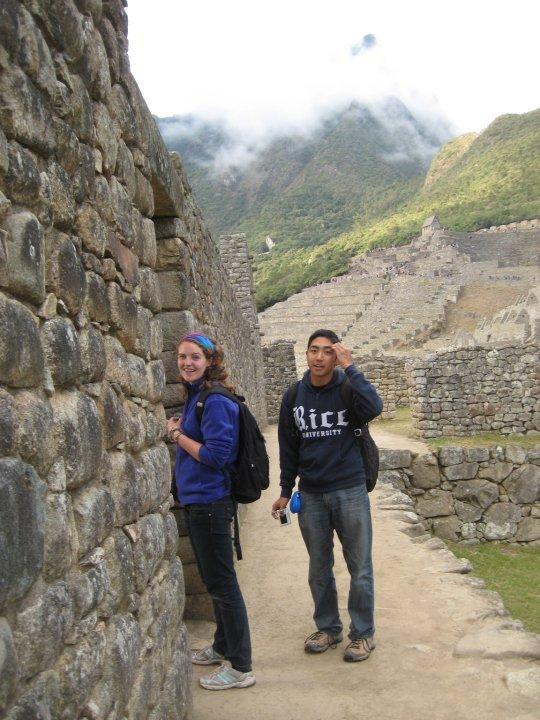