The event centers around the theme of being 'Powerful Beyond Measure'. This calls upon every individuals potential, we're breaking the ice here. We're trying to get past the insecurities and the 'can'ts/won'ts/buts' and inspire every one to achieve their maximum potential. For there is nothing to fear but fear itself.

Having graduated from Duke University in North Carolina with a degree in Economics, Chamindra dived into the world of advertising at Mcklenney, a top agency in the US, and upon his return to Sri Lanka, he started work at the Grant Group of Companies, one of Sri Lanka's first advertising agencies. Following his passion for tourism, which has been in his blood from his younger days, he commenced a tourism SME Linkage project with the International Finance Corporate, the private sector arm of the World Bank. During his time there, Chamindra worked to train tourism SME's in Hikkaduwa, Unawatune, Ahangama, Koggala, Mirissa, Matara, Kataragama, Buttala and coordinated the training of over 1500 individuals involved in the sector.

The Business of Doing Good. Taha Bawa, 22, is the co-founder and CEO of Geneva-based EndIgnorance SA, a social entreprise that has developed a new multi-faceted web platform for the social sector. The platform, endignorance.org, addresses the world's greatest challenges ranging from climate change to poverty by providing easy access to information and a one-click gateway to opportunities to get involved and make a difference. The entreprise has created over 50 jobs for the Sri Lankan youth. Taha studied Economics at HEC Lausanne in Switzerland, and has also lived in Pakistan, Iran and USA. Before Endignorance, Taha interned at Standard Chartered bank and Christie's Auction House in Geneva.

Rohan Pallewatta is presently the Managing Director cum CEO of Lanka Harness Co., (Pvt) Ltd. The core business of this company is the manugacturing of Impact sensors for automobile airbags and seatbelts. Customers include Toyota, Nissan, Honda, Mitsubishi and Mazda of Japan, Ford, General Motros and Chrysler of USA and Volvo, Saab, BMW, Aston Martin, Opel and Renault of Europe. Mr. Pallewatte rakes into the country foreign revenue worth over US $25 million annually. In recognition of his outstanding contribution to the Sri Lankan Economy, the Junior Chamber International in 2006 awarded him the most prestigious award "The TOYP" in the category of Business and Entrepreneurial accomplishment.

She is the Founder, Director and CEO of Target Resources (Pvt) Limited, a business consulting, training, head-hunting, recruitment and research firm founded in 2009, serving top corporate and public sector enterprises, both locally and globally. She is also a consultant appointed by the Ministry of Public Management Reform of Sri Lanka, to improve the performance of public sector institutions towards improving Sri Lanka's standing in the Doing Business Index and the Global Competitiveness Index. She is a Business Consultant, HR Specialist, Trainer, Lecturer, Writer and an International Researcher. She is a strong advocate of spirituality and social upliftment.

Natalie presently works both in Sri Lanka and overseas as a creative consultant, photographer and freelance journalist but her passions extend her creative ventures into local theater as an actress and director, a chronicler of the upcoming Sri Lankan arts and music movement, an event lighting desirner, blogger, graphic artist, human and animal right's activist, singer, voiceover artist, incurable Star Wars geek, mythology buff and has even been published in an anthology of Sri Lankan erotica. She also plays mother to two giant canines and a beautiful baby boy. She lives, breathes and creates by a simple credo - don't expect to live outside the box while you're working in a cubicle.

She is currently reading for her Attorneys-at-Law examinations at Sri Lanka Law College, and will be swearing-in during December 2012. She possesses a LLM in Intellectual Property and Technology Law from National University of Singapore, and a Diploma in International Relations from Bandaranaike Centre for International Relations. In addition to these she also possesses a Bachelor's Degree in Law and Political Science from the University of Montesquieu in Bordeaux. Acted in the capacity of Junior Legal Officer(Intellectual Property Resource Person) at MAS Holdings Pvt. Ltd. and as Legal Officer(Banking and Finance) with Julius and Creasy Attorneys-at-Law.

Dananjaya Hettiarachchi is amongst the top 100 speakers in the world. He is the First and Only Sri Lankan to represent the country and toastmaster's District 82 ( Comprising of India and Sri Lanka) in the world championship of public speaking in years 2011 and 2012 . He is also the world taped speech contest winner (2006) and the all island best speaker for the year 2007. Dananjaya is a professional speaker , trainer and an HRD specialist working with some of Sri Lanka's as well as Asia Pacific's leading organizations in the fields of rapid competency development in adults and Performance Prediction Most of Dananjaya's work centers around developing progressive learning models for adults and as such is a firm believer in associative learning. Currently he is working with the Sri Lankan government in developing a progressive framework for public sector competency development based on a new paradigm of adult learning

Chris Burgess has been in the film industry for 14 years now, working on titles such as, The Mummy, Gladiator, Batman Begins, Casino Royale, Harry Potter, The Bourne Ultimatum, Robin Hood and Sherlock Holmes. Has worked his way up the career ladder to become a 1st Assistant Director. His first love has always been anything to do with filming, be it still or motion. He is currently a stills photographer and director working in Sri Lanka and the rest of world.

Rohan Jayaweera, is the first & the only employee appointed by Google for Sri Lanka. He joined Google approximately 8 months ago and before that was based out of Singapore as a business consultant. Prior to moving to Singapore Rohan worked for Cisco, Lenovo & IBM. Rohan has Bachelor of Science in electronic & telecommunication from University of Moratuwa, Professional postgraduate diploma in marketing from CIM U.K. & in the process of completing his MBA in International Business & Masters in Business & Technology. Passionate about entrepreneurship & does regular lectures at University of Moratuwa on the topic. Rohan also did set up his own business 4 years ago & still keeping it alive. Rohan has won numerous awards for his leadership & execution however takes special pride in being the head prefect of Royal College, Colombo. 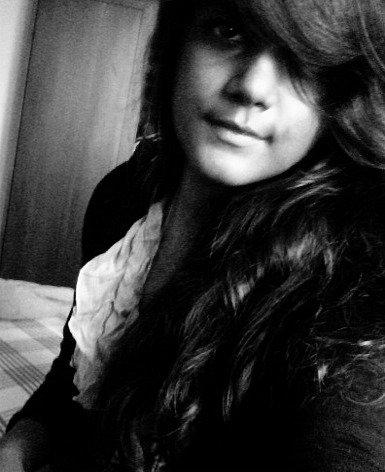