TedxViaCavour was born at the initiative of a spontaneous group of entrepreneurs, professionals, teachers and cultural animators, all volunteers. The name takes its cue from the central city street (Sassari) where the idea of organizing the event was born.

The theme chosen for this first edition of TedxViaCavour is "ADAPTABILITY. Learning to embrace change, and develop the right Adaptability to find our happiness in a changing context, overcoming the golden fences of our comfort zone to become citizens of the world. Seeking new inspirations, stepping out of known boundaries, listening to the world and listening to oneself, not lingering in one's acquired positions, continuing to walk the path of one's existence exploring even unmarked paths.

Gianfranco Zola, July 5, 1966, from Oliena. Magic box, Sardinian drummer, His Majesty's Baronet, but above all one of the few soccer players truly in the hearts of all sportsmen, regardless of flag. From Torres to Chelsea via Maradona and the national team. Poet of the ball, darling and authentic legend at every latitude. Glorious standard-bearer of a region and ambassador to the world of simplicity, good words and universal values.

Giuseppe Cuccurese, born in Genoa on April 7, 1955. He began his banking career at a very young age at San Paolo in Turin. After increasingly important assignments in Italy, in 1996 he became manager and director of the New York office as well as supervisor of activities in the Americas. Returning to Italy in 2002 with increasingly prestigious assignments, since June 2012 he has held the position of General Manager of Banco di Sardegna, a leading bank in Sardinia. In 2019, he received the Alziator literary prize for having contributed, through his work, to promoting Sardinia.

Class of 2000, Sassarese transplanted to Bologna. In newspapers he tries to tell the world, in the squares he tries to change it. He is an activist with Fridays For Future Italia. He has conducted podcasts on climate, foreign policy and the two together. His articles have been published in Repubblica, Domani, Jacobin Italia. In 2021 he founded Destination Cop, the collective that chronicles international climate negotiations as passionately as they tell you about the World Cup.

Marco Angius, born in Sassari on 11/01/1975 owner of Kiness studio in Sassari, a reference center for Physiotherapy, Sport and Wellness. Diploma of specialist in manual therapy and osteopathic maneuvers recognized in the European Community issued by the main school of the German society of manual medicine, Deutsche Gesellschaft für Manuelle Medizin - Dr. Karl Sell Ärzteseminar (DGMM-MWE). The certification awarded complies with the strict requirements by the European Scientific Society Of Manual Medicine (ESSOMM). More than 12 years we have been serving sports thanks to 'experience gained through continuous collaborations with top league teams of different sports (men's and women's handball, women's soccer, swimming etc.) and the opportunity to help athletes from national teams in soccer, swimming, athletics, bobsledding, pentathlon, handball including numerous national and European champions and an Olympic champion.

Born with a severe malformation that prevented the full development of his limbs, Maximilian had to fight people's pity and prejudice from an early age. His tenacity and determination led him first to be physically independent and then to obtain several times the title of World Champion in eSports, to become an International Speaker and to be hired, as Life Mentor, by many successful realities. CEO of No Excuses srl and TRAINER of the NOEXCUSES Academy, Founder and President of the Association Niente Scuse ONLUS, Massimiliano strives every day to bring his method into the daily lives of individuals and companies, so that people can take full responsibility for their own happiness and achievements. No Excuses. In December 2018, he was awarded the Honor of Merit of the Italian Republic (Omri) by Head of State Sergio Mattarella "for his commendable example of reaction to adversity, constructive spirit and social commitment."

Born February 10, 1961, in Berchidda (SS) [Sardinia/Italy]. He began studying the instrument at the age of eleven in the Musical Band of his hometown. After various experiences in pop music he discovered jazz in 1980 and began his professional activity in 1982. He graduated first as an Electrical Technician in Sassari, in 1984 in Trumpet at the Conservatory of Cagliari with M° Enzo Morandini and later attended the university faculty of at the University of Bologna. In 2003 he received the Laurea Honoris Causa from the University la Bicocca of Milan in , in 2015 that of the Berklee School in Boston and in 2017 the in Bologna. In 2016 and 2017 he was a UNESCO Youth Ambassador for Italy and since 2017 he has been a Commendatore of the Italian Republic. His recording activity boasts over 450 records (over 90 under his own name and as co-leader) and his concert activity over 3500 concerts on all five Continents. He lives between Bologna, Paris and Sardinia. 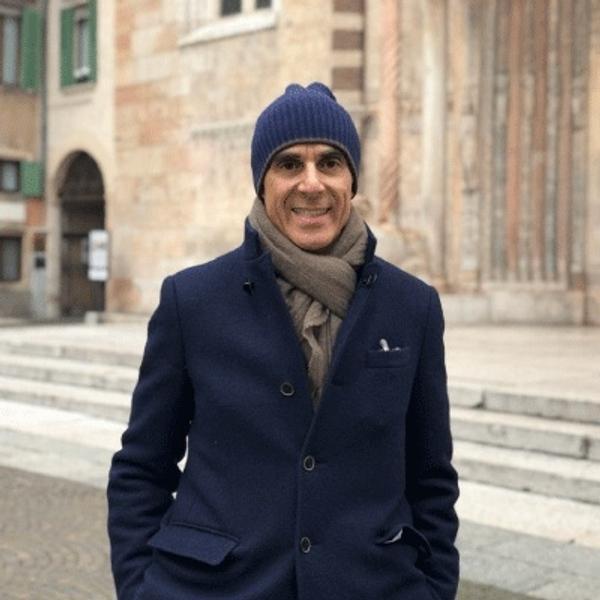