With the onset of Spring, we are reminded that there are always warmer, brighter days ahead after every period of cold and darkness. Without the 'lows', we can never truly appreciate the 'highs'.

The past few years have undoubtedly been some of the most challenging for humanity. We have witnessed the impacts of the pandemic, climate change, social change – all of which have had profound consequences. It is yet further proof that our world today is more connected than ever before and that we must stand together in the face of adversity and uplift each other's spirits to get through challenging times together.

On that note, this year's TEDxESCP London theme is Adversity & Hope, to reflect on our perseverance and resilience as individuals and as a united entity, hoping to amplify our collective powers to blossom this Spring.

She is a 23-year-old Master's student, passionate about finance, rock climbing, and scuba diving: she finds peace in music and singing. Three years ago, she took her dreams and her (massive) luggage and left her small town near Turin: since then, she's lived in Nancy, Madrid, Berlin, Paris and London, as part of her academic and working experience. As she began to meet people from around the world during her time abroad, she listened to their life stories and shared her own. These exchanges were the most precious gifts and represented a source of inspiration and optimism. She dreams that her story will bring light to other people's lives and sparks a positive impact.

Deborah James is a cancer survivor in her late 50's. Deborah runs an Airbnb in Hampstead, London, which welcomes guests from around the world, and her affability led her to become a super host. Deborah spent most of her childhood living abroad in Yemen, Kenya, Belgium and Germany as her father was an officer in the British Army. She has worked in advertising, property management and also did a stint as a nursery school teacher. More recently, she worked for Toyota and Bentley. Deborah loves to indulge in travelling, long walks with her dogs, scuba diving, gardening, photography, and writing. She was diagnosed with cancer in 2015 and given 18 months to live; the experience of cancer survival plunged her into consciously optimising her health and lifestyle. Today she has been cancer-free for five years now. This survival journey has reformed her perspective on life and faith, for there's always hope beyond what you see.

Dr Abdalla Kablan is a serial tech entrepreneur, investor, and award-winning technology expert. He specializes in using artificial intelligence and machine learning in the design of complex financial systems. He has founded and successfully exited several tech companies specializing in deep learning and process automation throughout his career. An Alumni of Microsoft Ventures, UK, he has worked on projects featured at Davos's World Economic Forum 2017. In 2019, Dr Kablan was named as an EYL (European Young Leader) by the renowned EU think-tank Friends of Europe and has been featured on publications including Forbes, Newsweek, TechCrunch, Entrepreneur Inc, and has spoken/keynoted at international events, including Web Summit, TNW, United Nations Investment forum, WEF and GITEX. He is an expert in global fundraising and is a former board member of the Malta Stock Exchange (MSE), where he chaired the MSE blockchain committee.

Franz Böhm is a filmmaker from Stuttgart, Germany. At 16, after working his way up to an Assistant Director, he made his first solo film Harmonie der Anderen. His next project found him living with youth experiencing homelessness, the resulting documentary, Christmas Wishes, was selected as the opening film for the German Youth Film Awards. Following his work for the documentary production company 1185 Films, Franz is currently developing new projects in London. DEAR FUTURE CHILDREN is his debut feature film, which was awarded the audience award at its world premiere at the 42nd Max-Ophüls-Preis Film Festival. Its international premieres were held at CPH: DOX and Hot Docs International Film Festival where it won the audience award that shortlisted the the film for the Academy Awards. The film was distributed in more than 40 countries. Franz Böhm is a Bundesverband Filmregie (German federal association of film directors).

Jonas Kottmeyer is currently pursuing MSc in Energy Management at ESCP Business School. He understands deeply that Energy is an integral part of our everyday life. He experienced the importance of a constant and reliable electricity supply first-hand when he spent some time in central Ghana. Power outages without prior notice were commonplace, complicating life for anyone who could not meet their energy needs from other sources. This experience was the beginning of his interest in energy supply. Soon, he realized the importance of Energy and Environmental Policy in transitioning towards a reliable and more sustainable energy supply. He concluded his bachelor’s degree with a thesis focussing on carbon offsets which could become an instrument for financing otherwise economically unfeasible renewable energy projects.

From a war-torn country to jet setting around the world, he was working as a CFO for a global luxury fashion house. After years of chasing his dreams and climbing the career ladder, he found he had a natural talent for business and career coaching. Laurent has designed the model that allowed him to break through from inertia and reinvent himself – several times in his life. He then set out to achieve his goals, push through his fear and anxiety, and teach these lessons to other people. He felt he had a message to spread as a motivational speaker and a coach. He works as a business and career reinvention coach and motivational speaker, encouraging people to push past their fears, and ask, What if?

Séverine Trouillet is the Public Sector & Education Director at Dassault Systèmes, Northern Europe, where she leads external engagement and business development for public services and education. Severine is also a Sustainability Lead, ensuring that the Dassault Systèmes’ purpose of enabling sustainable innovation is at the heart of their partnerships with public organisations, innovation centres, universities and industrial partners. Before joining Dassault Systèmes, Séverine worked in public affairs at Walgreens Boots Alliance, the Institution of Civil Engineers, Louis Vuitton Moet Hennessy, in an EU consultancy in Brussels and UK Local Government. Séverine holds an M.Sc. in European politics and policies (LSE), a Master in international administration (La Sorbonne), a Political Science degree (Sciences-Po Lille) and recently completed a diploma in Business Sustainability Management (Cambridge University) and a Masterclass in Circular Economy (Exeter University).

Shaurya will be talking about 'Embracing the Normal You'. She will share her journey of understanding and acknowledging her emotions and how they changed her perspective towards a journey called life. A student of Masters in Marketing and Creativity ESCP Business School, Shaurya is a deeply committed professional who believes in celebrating every day. Shaurya has been a ﬁrm believer in giving it back to society in every way possible. Before her educational rendezvous at ESCP, Shaurya worked as a Communication professional for Better.com, Jindal Stainless Steel, and Jaipur Rugs. She worked actively as a project manager at an NGO named 'Samridhi' to help sanitize areas near Ranchi and support people affected by the COVID-19 pandemic. 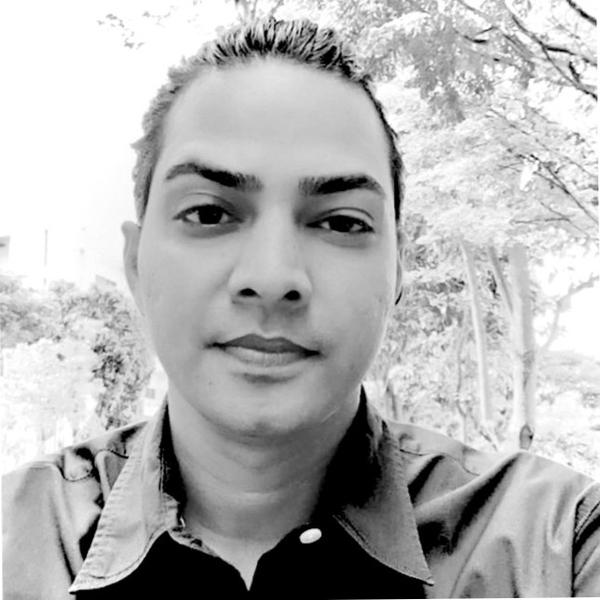