Humans value connection. The energy we exchange is a powerful source that can’t be seen, but could be felt. What happens when these bonds are suddenly cut off?

Letters are a way for people to come together. Whether they be handwritten or typed, the world we live in has provided us with plenty of opportunities to interact. We convey messages and with them information, stories and emotions. Sometimes it’s even the best way for people to communicate their true feelings to one another. In a time where people are told to keep a distance, these words can make us feel closer to the people around us.

Our theme “Dear Us,” addresses everyone through these inspiring talks about connecting to others and ourselves.

We hope that these messages can inspire you to reflect on what connection truly means.

This is our invitation to connect.

Have you ever casted doubt on whether the path you're taking is really the right one? Annie Hoang is a UX designer based in Tokyo, however her path in becoming a designer wasn’t a typical one. While she chose to major in Business in college, Annie couldn’t help but think that what she is studying isn’t the right path – that there must be something else she is more passionate about. At one point, she wanted to quit college, because she was so conflicted with who she is as a person.

Jennifer is a translator and a localization director in a game company in Osaka, who will be giving us a speech that will break our misconception on translation. While it seems like understanding the language is the key to translation, Jennifer has learned that there is so much more than that through her experience in growing as a translator.

Kenichi Namai, a linguistics professor at Waseda University, seeks world adventures and has held visiting professorships at Indiana University-Purdue University Indianapolis, the National University of Singapore, and the National University of Malaysia. He gives talks on the linguistic aspects of Japanese culture at the Japan International Cooperation Agency. He also writes English textbooks for Japanese high school students. A long-time fan of classic rock and rockabilly music, he plays electric guitars in his spare time.

Meet Kenshiro Kawasaki, a sophomore at Waseda University, who is enthusiastically studying about environmental issues, especially CO2 emissions and ways to reduce it. He is also an entrepreneur pursuing his goals of a Carbon Neutral Society.

Nao Tamura is a Japanese designer based in New York. Although she initially studied communication design, the artworks that she has been producing are mostly in modern terms. Her projects have huge variations, including conceptual art, lighting, product, graphic design, etc.

Natsuko Shoji, a female Japanese chef who has won several awards and fascinates many with her delicate, jewelry box-like cakes.

Patrick Smith works as an English teacher in Japan and is also active as a TikToker. 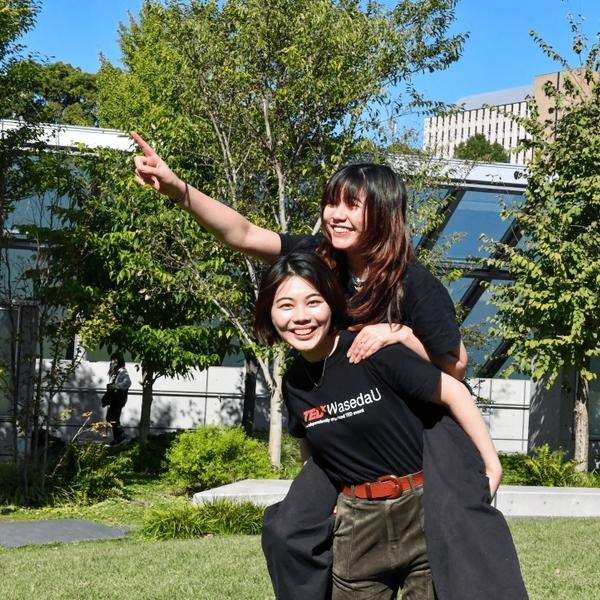