Anna Beck is a Registered Drama Therapist who uses expressive arts to help people heal, grow, and transform. Through a life-long love of being on stage, Anna discovered the inherent nature of arts to improve mental and emotional well-being. Anna has Bachelor's degree in Musical Theatre and a Master’s Degree specializing in Drama Therapy. Working with hundreds of teens and women in Southern Utah, she specializes in using creative expression to treat complex trauma and other mental health issues. Anna also works as a Creative Consultant and Coach, providing clinically-informed experiences at conferences, workshops, and retreats. She loves spontaneous dance parties and singing loudly in her car with her champion of a husband and four magical children.

Nationally acclaimed singer-songwriter, Bri Ray, began her music ventures at the age of 8. She has performed in renowned venues including Utah’s Lavell Edwards Stadium, California’s Dolby theatre, Washington DC’s Kennedy Center and more. For over 10 years Bri Ray has traveled across the nation sharing her music and message of acceptance, love and kindness. Bri Ray was featured on American Idol Season 15 and is the first ever Presidential Scholar of the arts in the singer-songwriter discipline.

Donia was born and raised in Hildale Utah and has always had a love and devotion for her hometown. In 2011, when the twin cities were being torn apart by its church leaders, Donia took her family and left the FLDS religion. She returned 3 years later, immersing herself in the goal of restoring and rebuilding Hildale. Through her leadership, many doors have been opened. Besides being Mayor of Hildale Ut, Donia is most passionate about her advocacy work with Cherish Families, helping each person to be empowered to create a new life and to live that life fulfilled. Through Cherish Families she was introduced to BACA, a body of bikers that empower children to not feel afraid in the world in which they live. They work in conjunction with local and state officials who are already in place to protect children. Donia is deeply committed to the people of her community, not focusing on the differences but rather what is held in common: their desire to create a safe place for raising families.

Elise West’s life is filled with music, two kids, cooking, five grandkids, nature, community, coffee, dinner parties, gardening, chocolate croissants and Mexican Train! A St. George resident for the past 14 years, her dreams came true when she launched the Affogato Coffee Truck and a year later moved into a funky and eclectic warehouse space. Affogato closed in 2020, thanks to a little thing called COVID, but thrilled to be bringing her back in 2023 Elise serves on the St. George Planning Commission and on the Board for The Encircle House, Arts to Zion, Pride of Southern Utah & Art Around the Corner. She volunteers her time for Rise Garden Vertical Gardens as part of Switchpoint CRC & encourages every single person to visit, volunteer and purchase their incredible greens! Serving her community is her passion, and sees a great need for inclusivity and places to connect. Her mantra is “How do I want to spend my moments”, as she finds it keeps her present, calm and enjoying the seconds!

Henry Ammar is a Human Behavior and Subconscious Reprogramming Expert who hosts the top Podcast, “Making It Happen with Henry Ammar.” As a keynote speaker and transformation expert, he has spoken to audiences as big as 35,000+ people internationally. In his professional career, he began in music and has performed on a Grammy Award-winning album. He has also overseen the investment and management of over $2 billion dollars in real estate. Henry has helped create powerful partnerships/campaigns for important causes reaching millions internationally including one with the Exit Festival (Best Major European Music Festival) to create an international peace project with Yoko Ono and an international movement to support the severely hungry with the UN World Food Programme (Nobel Peace Prize 2020). Henry is also an empowerment coach to pop culture celebrities, world-leaders, and influencers. www.henryammar.com Instagram: www.instagram.com/henryammar/ Facebook: www.facebook.com/henry.ammar

Director of the Humanitarian Challenges Focus program and professor at Duke University. Educator/Adventurer

Ingrid Bianca Byerly serves as the Director of the Humanitarian Challenges Focus program, and teaches public speaking and ethnomusicology at Duke University. A native of South Africa, she grew up in a family of musicians, which inspired her doctoral research on the agency of music in societies. Her interests as an educator range from the Montessori and Suzuki methods in early education to Lifelong Learning approaches in later years. Having sailed around the world as faculty on three Semester at Sea voyages, teaching world music and global advocacy for humanitarian causes, she has visited over 50 countries, both as a teacher and traveler. Besides instructing freshmen on the skills of student success, and guiding college seniors through their honors theses to graduate with distinction, she treasures the lifelong learners attending her classes on Semester at Sea, as they inspire her interest in the importance of adult education, and of optimizing the golden Third Act in life.

Anna J’Nett Miller is a Family Nurse Practitioner who specializes in integrative medicine for all ages. J’Nett has been in the health care field for over twenty years. She started as a dental assistant where she worked until her sister Celeste was diagnosed with Multiple Sclerosis. It was then that she decided to become a Registered Nurse with a passion to diminish or eliminate human suffering. Every step of her sister’s journey has led her to becoming a Family Nurse Practitioner so she could help others. Desertbloomhealthcare.com

Laci Wall is a dance fitness instructor, a DNA Wellness advocate and the co-creator of the 7 Elements of Wellness lifestyle routine. She has a bachelors degree in Human Performance & Wellness and a lifelong passion for music and dance. After experiencing a multitude of health issues since birth, she created a unique, high-energy dance fitness class called LDUB CLUB. Laci believes in moving our spirit, mind and body by being active, engaging muscles, building stamina and cardio strength. Her overall purpose is to bring awareness to the degree of attention we bring to our spiritual, mental, emotional, relational, nutritional, physical and financial wellness.

Leonard was born and raised in the Democratic Republic of Congo. In 1997, at age 17, Leonard was kidnaped and used as child soldier. After 6 months of military training, he escaped and found himself in the refugee camp in Malawi where he lived several years. In 2004 he was resettled in the United States. Leonard completed his undergraduate education in Public and his master’s degree in Business Administration (MBA) at Utah Valley University. Leonard is the founder and Executive Director of the Utah Valley Refugees, a Utah based nonprofit organization that is helping refugees with housing, education, healthcare, and employment.Leonard love helping others and because of his humanitarian work, he has been recognized and received multiple awards, Utah Business -Living Color and the Utah Freedom Festival and today here he is with us. To learn more about his work, please visit his website at www.utahvalleyrefugees.org

“Lindsay Hadley (Hadley Impact Consulting) has become one of the most sought-after consultants & producers in the nonprofit sector, raising $50M+ for her clients and leveraging billions for charity through campaigns & events. A founding member of Global Citizen, Lindsay has executively produced Global Citizen Festivals in both Australia and the USA. Lindsay is also known as: a founding member of Orphan Myth, the founder of FilmRaise, the E.P. of the upcoming documentary Uncharitable, and a founding partner and Executive Producer of the first-ever social impact fund partnered with the Vatican. Hadley served as the founding development consultant for United for Global Mental Health. Lindsay was highlighted in Utah Business Magazine’s 2015 FORTY UNDER 40 Awards. She was a professor of social entrepreneurship at BYU Hawaii and on the Foundation Board for Utah Valley University. Lindsay lives on the North Shore of Oahu with her 3 sons and loving & supportive husband,Geoff. @lindsayshadley.”

Marianne Hamilton is a lifelong journalist whose work has appeared in national & regional publications, and a fitness instructor and athlete who has earned more than 40 gold medals in race-walking competitions. Following a 25-year stint as an artist’s model, Marianne devotes much of her time to volunteer work supporting the arts. She is Past Chair and Board Member of the Art Around the Corner Foundation, and has served on several other arts- and culture-related boards and commissions. In January of 2022, Marianne was crowned Ms. Senior Universe. She is also a breast cancer survivor who credits her commitment to fitness as the key to her successful outcome. Marianne will receive the St. George Arts Commission's prestigious "Excellence in the Arts" award, presented annually to an individual or organization who exemplifies outstanding support for and service to the arts. www.facebook.com/marianne.l.hamilton/, Twitter @mlhamilton02, & LinkedIn at @marianne-lucchesi-hamilton-a24125! 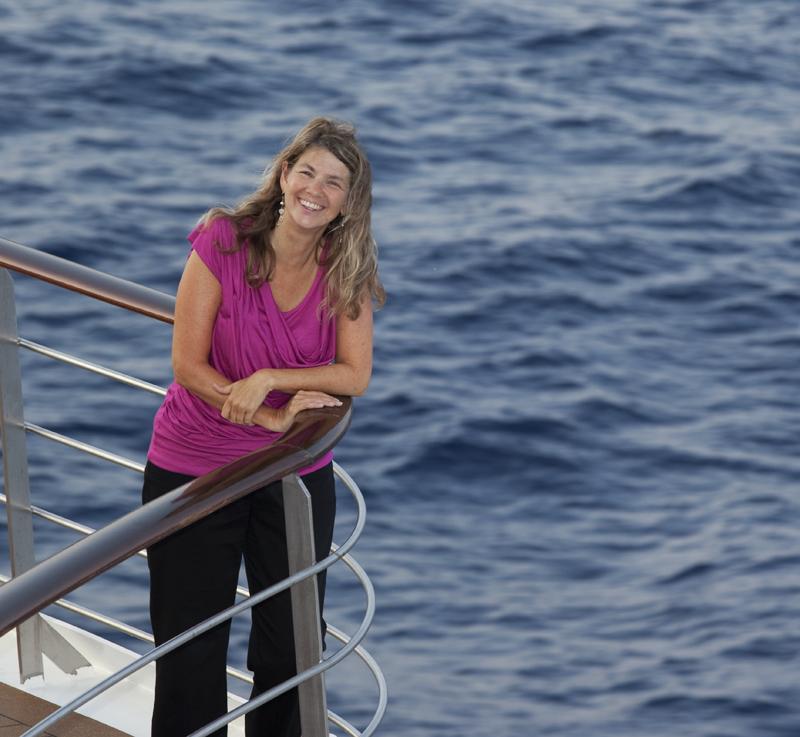 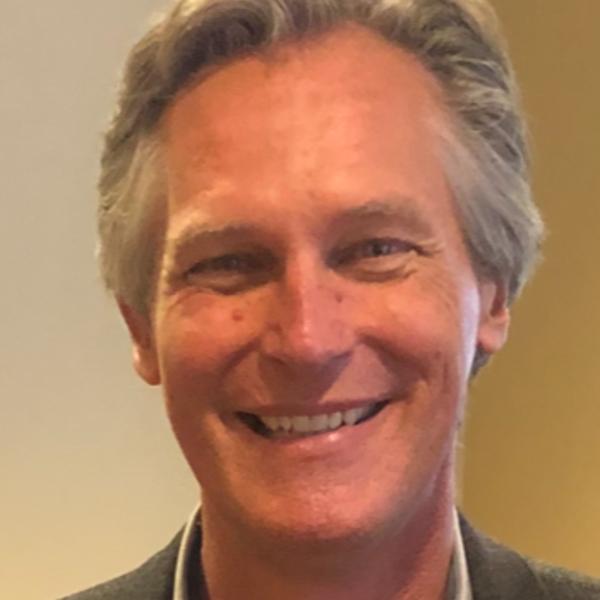