The human species is poised for an upgrade.

However, this new and better version of ourselves will require more than a biotechnological upgrade, we will need a concomitant upgrade in our ethico-moral, spirituo-intellectual, politico-economic, and visuo-aesthetical systems as well.

The 2022 TEDxGEMSWellingtonAcademyAlKhail conference will explore all the different ways in which we can be better and how we can address some of our pressing challenges of today to prepare for a happier, healthier, more prosperous, and more equitable future.

Ayaan is a student in Year 8 at GEMS Wellington Academy. He is someone who is interested in cars since his childhood and has always admired them, he also has a burning passion for computers and the intriguing art of programming, he gives his very best for everything and always enjoys friendly competition with a fellow friend or a budding student

Esra is a teacher of Arabic at the Academy and has been teaching for the past six years. She is a mother of two kids and is passionate about being a strategic parent and teacher who understands the methodology of the brain to raise whole-brain children and students. Esra is a volunteer teacher as well in Royati family society where she teaches vocal skills and Quran for children at the age of four and five.

Jan is a student in year 13 at GEMS Wellington Academy. Al Khail He is an international level swimmer and has been competing since the age of 9. Having battled it out on numerous occasions, Jan constantly looks for ways to gain an “edge” over his competitors. Throughout his career so far, he has found that although physical gains can be helpful, the greatest hurdle is the mind. Because of this, Jan has researched and implemented the mental side to the sport.

Julietta is a student in year 10 at GEMS Wellington Academy Al Khail. She is passionate about mathematics and theatre. Her fondness for acting has been expressed in multiple plays and musicals, such as Marry Poppins Junior. Moreover, being a part of the leadership team as Prefect at the Academy, she believes it's essential to use her voice to influence others' opinions with her futuristic ideas. Due to her love for new experiences, Julietta hopes to study at the University of Cambridge. Her optimistic thinking has helped her become the diligent person she is today.

Renad is a student in year 10 at GEMS Wellington Academy Al Khail. She is interested in science and maths, as she likes discovering new concepts. Renad is always up for competition. She has spoken at a couple of conferences, and enjoys sharing her opinions as well as being introduced to new concepts; it inspires her creativity. Due to her interest in science, Renad is planning to pursue a career in medicine in order to help people in any way she could. At the academy, she has also gotten involved in social enterprise and charity events, always eager to cause a change.

River is a student in year 11 at GEMS Wellington Academy Al Khail. Her passion for psychology has led her to want to pursue a career in psychology as well as study medicine in the future. River’s interests in art and music has also encouraged her to be a part of the GEMS Choir. Moreover, being a part of the leadership team at the Academy as Prefect has allowed her to support and aid her school community throughout the school year.

Sophie is a student in year 11. She is passionate about English and Law and hopes to pursue this in the future. Sophie has a fond interest for social media and its developments which is why she will be speaking about the Metaverse and its latest advancements. She is passionate in giving back to the community through her ideas. Moreover, being a part of the leadership team as Student Council head at the Academy, she believes it is important to use her voice to help others in need. Sophie is planning to pursue a career in Law and hopes to study at UC Berkeley.

Syed Zakir is the Head of Islamic Education at GEMS Wellington Academy Al Khail and the father of 3 kids. He has been teaching since 2003. He is passionate about spreading the message of peace and developing children’s character through the teaching and learning process. He believes that the aspect of spirituality and character-building should be an integral part of Education.

Zahara is the Head of Mathematics at GEMS Wellington Academy Al Khail, she has been teaching since 2006 and she remains passionate about ensuring all children succeed at Mathematics. Zahara spent the bulk of her career working in London at a busy comprehensive and she is committed to inclusivity ensuring attitude, behavior, mental health, homelife, background and any other external factors do not limit a child. 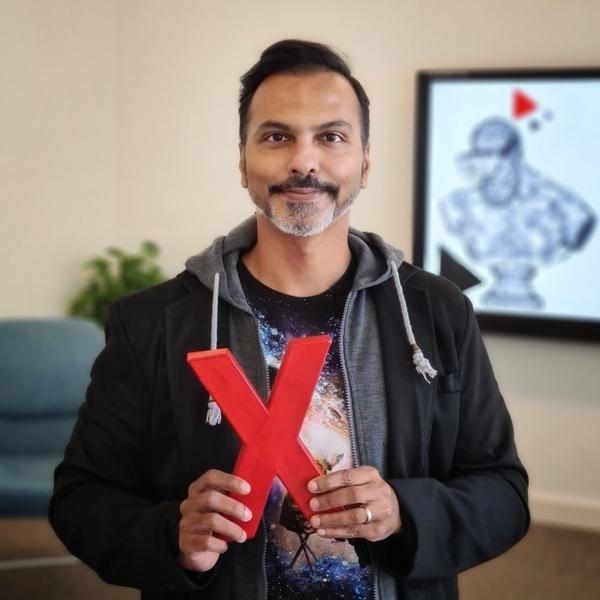