Col. (Dr.) Gururaj Gopinath Pamidi is an Indian Army Veteran who has served the nation for over three decades. He is well known for his outstanding strategic planning and execution, especially during crises. He joined the prestigious National Defence Academy in 1981 and has played a significant role in various challenging situations during his posting in various parts of the country, including Jammu and Kashmir. A Ph.D. in Strategic Affairs and an avid reader, Col. Pamidi, is also an academic administrator and has been a part-time columnist in various national dailies, where he shares his life experiences as an Armyman. Currently, Col. Pamidi has been associated with IIM Indore as a Chief Administrative Officer since 2017, guiding, mentoring, and supervising the institute's administration in a remarkable way. We are delighted to have you with us as our TEDx Speaker.

As a brand story consultant, Harsh helps business leaders communicate inspiring stories that highlight messages like brand purpose and values, improve employee commitment, and build a high-performance culture. He works as a consultant with a unicorn start-up, Icertis. He is also a business author, having authored widely acclaimed books like Booming Brands - a best-selling book series with CNBC, and Booming Digital Stars - a National Bestseller. He continues to write several articles on brand building with many renowned publications, including Forbes. He has worked with the World Bank, Deloitte, Cognizant, and FirstCry. An XLRI Jamshedpur alumnus, he taught branding at leading MBA institutes in India and ed-tech platforms. He is the curator of iPamnani, a non-commercial initiative with the mission to inspire people through the fascinating journeys of business leaders. His contributions to social initiatives have got him appreciated by various non-profit organisations internationally.

Navika is a name to reckon with in News Broadcasting in India. She leads Times Now Navbharat’s editorial mandate in her role as Group Editor, Times Network and hosts ‘The Newshour’ and the popular interview show ‘Frankly Speaking’ on TIMES NOW. Known for her extensive knowledge on Indian politics and business, she is credited for investigating and breaking some of the most high impact stories in the last 2 decades including ‘Office for Profit’ story that led to the resignation of Sonia Gandhi, the CWG scam, the Augusta chopper scam and Aircel Maxis deal among others. With her sharp journalistic acumen and extensive knowledge of current affairs, politics and business, she has played a key role in the success of the network’s flagship brand, TIMES NOW since its inception. Her foray in television began in 2005 when she joined TIMES NOW as Editor – Politics & Economy. She has also been recognized with Prem Bhatia Memorial Trust award in 2006 for her exemplary political reportage.

Rohit is the Chief Financial Officer (CFO), since 2017, at Ayana Renewable Power. Previously, he was the CFO at Uniquest Infra Ventures. Prior to that, he has also worked with IDFC Projects and Bank of America. Rohit has experience of over 15 years covering various aspects of M&A, CFO functions, infrastructure investment, PPP and project financing in India. Rohit also has been a visiting faculty at Indian Institute of Management (IIM) Indore &; Indian School of Business (ISB) Hyderabad/Mohali. He was awarded BW CFO World’s Finance 40 under 40 by Business World Magazine in 2022 and was also awarded ‘Young CFO of the Year’ in May 2021 by EQ Magazine’s India Solar Awards 2020-21. Rohit is a Post-Graduate in Management (PGDM - Finance) from IIM Indore and Bachelor of Commerce (Hons.) from Delhi University.

Originally from West Bengal, Vicky Roy ran away from his home and started working as a rag picker at the New Delhi Railway Station, before he was rehabilitated by an NGO, Salaam Baalak Trust, Delhi. He studied photography at Triveni Kala Sangam and then apprenticed under Anay Mann. In 2007, he held his first solo exhibition titled, “Street Dream” at India Habitat Centre (New Delhi, India) supported by the British High Commission. In 2008 he was selected by the US based Maybach Foundation to photo document the reconstruction of the World Trade Center in New York. As part of the program, he undertook a course in documentary photography at the International Center for Photography, New York. His first monograph ‘Home Street Home’, published by the Nazar Foundation (New Delhi, India) was released at the second edition of the Delhi Photo Festival (Sept-Oct, 2013). He was awarded the MIT Media Fellowship in 2014 and listed as Forbes Asia 30 under 30 in 2016. 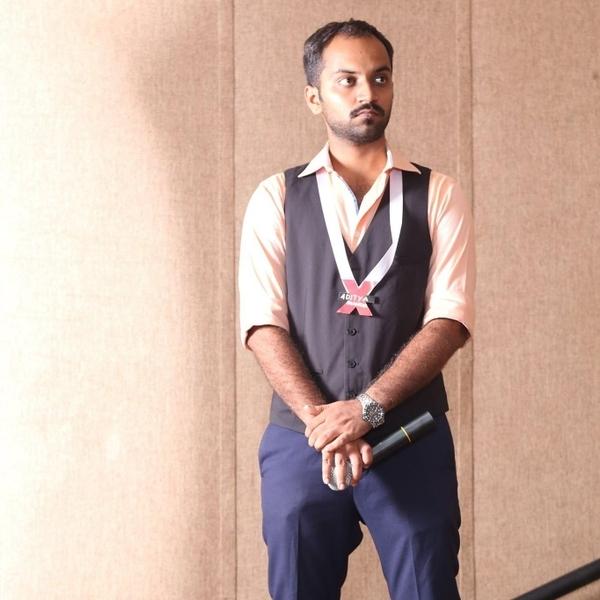