Andrea is passionate about creating experiences – in her job she is designing digital experiences for the customers of her employer. As a mother, Andrea aims to craft unforgettable childhood memories for her kids. In both roles, she is part of a Co-Lead – in her private life she and her husband share their time with their two young boys. In business, Andrea leads a team together with a colleague, both working part-time. In all her roles one can feel her sense of humor and her love for simple, pragmatic solutions. Andrea does not believe in work-life-balance as it implies that work and life are two things that can be separated. Instead, Andrea aims to bring the different aspects of life to complement each other. Before starting a family Andrea’s curiosity and search for inspiration led her to travel around the world. At the age of 25 she had already visited all seven continents. In her professional development, she took opportunities for longer stays abroad in Denmark, the UK and Australia where she met her future husband. Andrea still loves to discover – now by campervan with her family in tow.

Angela Matthes started her career at Baloise Group when she was 15 ½ years old, where, after several leadership roles within the Group, for the last 8 years she was CEO of Baloise Life (Liechtenstein) AG. She has an MBA from the University of Rochester (NY) and an Executive Master in Consulting and Coaching for Change from INSEAD. 2014 is a milestone in her biography: She leaves her male identity behind and changes to the gender she has always felt to be her own. Looking back she can say, this step took a lot of courage, but also a lot of appreciation and empathy for the professional and personal environment around her. Seven years later, living her life as a woman is a matter of course and an affirming experience. Now she can rest? Not at all. With curiousity for the new and a boundless appetite to leave the comfort zone, Angela has left Baloise at the end of January 2021 to launch herself into independence, in search of the future of insurance and all she can learn along the way.

Jean-Philippe Hagmann has a background as mechanical engineer as well as industrial designer and is the founder of the Agency for Radical Innovation. In 2018, he wrote the highly acclaimed book “Stop Playing Innovation Theater!” and will publish his second book entitled “A Meta-Model for Agile Innovation” in the fall of 2021. For more than ten years, Jean-Philippe Hagmann has been advising companies from a wide range of industries on the topic of radical innovation. He is also head of the product design course at the Zurich School of Design (SfGZ), a lecturer in innovation management, and an expert at Innosuisse, the government agency for the promotion and financial support of innovation.

Julian Däster developed his passion for understanding complex causal connections while studying social psychology in Basel. His interest in people, technology and culture led him to the retail industry, where he first started in market research and shortly after specialized in e-commerce. Over the last few years, he has driven the digital transformation of a traditional retailer. In doing so, openness, collaboration and fun are very important to him. He believes that even a serious problem like ecological damage in Switzerland can provide opportunities for innovative ideas and changing the social context to positively influence human behavior. Julian learned this principle from his parents. Even today, lifelong learning is still as natural to Julian as his father’s pioneering food concept.

Kevin was born in 1988 and grew up with a brother two years older. He started playing ice hockey at the age of three or four. After graduating from school, Kevin started his career as a professional ice hockey player, which unfortunately was abruptly interrupted after four years by a serious accident. Nevertheless, Kevin fought his way back and played ice hockey for another three years before definitely ending his career. He took several years off and fought his way back to normal life. Today Kevin is a divorced father of two brilliant boys – Jonah and Nino – and has a good relationship with the children’s mother. Kevin is self-employed with his company “SORGHA”, which means “TAKECARE”. He talks to companies about how he has mastered the way back. Kevin has also developed his own model about “how to get to my personal success”.

Mylène Thiébaud is a Generation-coach, CEO and co-owner of TRANSFORMy GmbH. She advises entrepreneurs on the planning and implementation of their succession plan. She provides mediation between the generations and accompanies the handover/takeover of the company holistically. She is called in as a sparring partner by top executives and SME Owners for important decisions. And supports women to take the step into entrepreneurship. The 44-year-old entrepreneur studied food science at the ETH Zurich and continued her education as a federal marketing leader and coach for strategic interventions. She earned her first professional spurs in the innovation sector as an engineer of process solutions in the food industry. In the strategic corporate development of Migros Aare, she did pioneering work with the “Migros Daily” project. She learned that not only the right strategy contributes to the success of a company, at the latest as an advisor to the CEO in the area of future viability. The implication of the employees as well as the leadership competences are decisive when it comes to initialising changes. Mylène Thiébaud is publicly committed to empowering women in succession and to help generations to work better together. She is a mother of 2 boys – 11 and 13 years old and lives in Münsingen near Bern. In her free time, the native of La Chaux-de-Fonds enjoys sports, motorcycling and taking care of her English roses. She has been an ambassador for the Theodora Foundation for more than 15 years.

Peter Bolliger’s journey started in 2018 when he quit his job and decided to follow his dream of being a successful entrepreneur one day. Crucial to this this decision at such an early stage in his life were the experiences he had during his one year of social work in a retirement home, a hospital, and a school. The daily conversations with people who were at the end of their lives made him really think about what he wanted to do in his own life. Because of this, he decided to follow his enthusiasm without really knowing where it would lead him. Eventually he tried all kinds of things, with many ups and downs, until he stumbled upon something he really enjoyed, got better and better at (because he was pretty bad at it at first), and was paid good money for That thing was making videos. Today Peter runs the video production company “Bolliger Media GmbH” in Lucerne. Currently, the company consists of two employees and is therefore still small and manageable. Nevertheless, they work with some amazing clients and help them to share their stories and messages via video.

Being born in Vietnam and having the opportunity to grow up in Switzerland was definitely a privilege for Son. First of all, learning two completely different languages helped him to understand both Vietnamese and Swiss cultures equally. Thanks to this advantage, he quickly learned to adapt to the environment and developed a very open mindset towards cultural diversity. His way of thinking and broad interests have made him a very versatile person. Son has spent his professional career in various roles in banking, finance and investment, while running his own business and currently he is in the process of starting a new one. Therefore, Son would describe himself as a financial allrounder with an entrepreneurial spirit. He also follows developments in technology and digitalization with great interest, as he is constantly on the lookout for ideas that will enable him to create solutions that improve people’s welfare.

Stefan Frenademez was born in Switzerland, like his mother, and his father comes from South Tyrol. He is very sporty and active, but also a gourmet without a guilty conscience who is currently experimenting with plant-based cuisine at home and is fascinated by the variety of possibilities this cuisine offers. However, he would never object to South Tyrolean home cooking or a good sushi. He is also passionate about collecting old handicrafts such as furniture or clothing, for example spaghetti westerns style. He likes the challenge in life, personally and professionally, to discover, do and learn new things. He has been working as Director Supply Chain Controlling & Processes in the semiconductor industry for more than 14 years. What he enjoys most are digital challenges, experimenting with new technologies, constantly optimizing and automating processes, and creating something new and even better.Stefan loves to laugh and have happy people around him, but also to get to know people and their stories. A spontaneous evening in a sports bar in the middle of nowhere, with chance acquaintances from other parts of the world, these are exactly the moments that remain unforgettable for him.

Swen always shared a deep love for food. His internship at Nestlé further strengthened this passion. After finishing his Master degree at HSG, Swen joined gategroup, the global leader in airline catering. For 11+ years Swen held various roles along strategic, commercial and operational dimensions. He was leading two Catering-Units as general manager, managed the global Retail Business Development department and was driving gategroup’s operational standardization across 150 catering-units globally. With his international background Swen is a little bit of a cultural chameleon. He lived in Taipei, Sydney, Singapore, Washington DC and Orlando. Today his family’s home is Zurich. Swen gained extensive international experience, but grew up in a family of entrepreneurs. This strongly defined his perspectives and values until this day. It is one reason why in 2021, he decided to leave the corporate world and join a growing start-up as CEO. He is convinced that with a smile and some self-irony you can achieve a lot. “No one will do it for you” – as a digital leader he wants to create energy and make a positive impact every day. Cultivating trust and open environments where everybody can challenge and excel.

Tabea Oppliger was born in 1977 to Swiss parents and raised in Papua New Guinea, spending her first 16 years of life speaking mainly Pidgin English and English. Tabea then lived in Switzerland for 20 years for education and professional reasons where she also got married and gave birth to her three children. An unstoppable force to see justice and freedom for all, Tabea founded GlowbalAct, a charity seeking to eradicate modern day slavery. In 2014 Tabea and her family moved to Tel Aviv, Israel where they established a social business called KitePride as a solution for people formerly exploited in the sex industry and beyond. A catalyst for change, Tabea’s enthusiasm and charisma will inspire you to action. 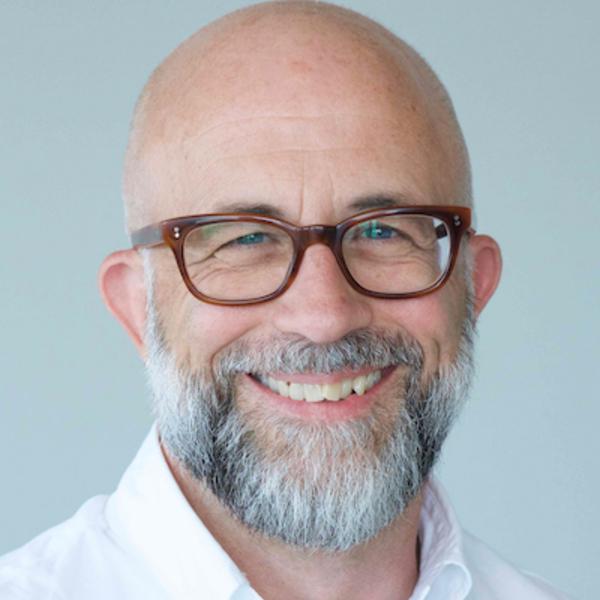