Theme: What Remains Unseen: Revealing the Truth of Unspoken Perspectives

Welcome to the website of Dover-Sherborn’s first ever TEDx event! This event aims to explore a variety of views and experiences and to help start conversations within the community.

Ashen is a nonbinary student at DSHS. They have a passion for science and math, as well as writing, singing, mountain biking, and musical theater. When not doing those things, they strive to learn more about everything, from the smallest processes on Earth to outer space beyond it. With their biggest ally, their dog, by their side, Ashen hopes to create a better world for the people of the future.

Ben Gaynor is an 18 year old senior from Dover, MA. He has attended DSHS since freshman year and has enjoyed his educational journey with his friends along the way. Ben's talk focuses on the importance of being social as the key to overcoming life’s greatest adversities, and how it can lead him and others to success.

Jodi is an accomplished organizational consultant and educator with a foundation in operational change management. Her mission is to help realize inclusion in the workplace as soon as possible. In addition to being Associate Professor of Practice in Management and Academic MBA Program Director at Suffolk University, Boston, MA, Jodi is co-Managing Partner of Orange Grove Consulting, a firm focused on Organization Inclusion. She has worked in organizational development for over 25 years transforming the way people work at small and large companies. She is co-author of the 2021 book, The Next Smart Step: How to Overcome Gender Stereotypes and Build a Stronger Organization and The Orange Line: A Woman’s Guide to Integrating Career, Family, and Life. Jodi earned her B.Sc. in Management Science from Virginia Tech, an MA in International Development Policy from Duke University and a Doctorate in Business Administration at Temple University.

Dr. Karen Hussar graduated from the Harvard Graduate School of Education (HGSE) with her doctorate in Human Development and Psychology. Since graduating from HGSE, Karen has continued to pursue both her teaching and research interests. She has been teaching in the Psychology Department at Curry College since 2014. She has also served as an instructor at Bridgewater State College, Brown University, Dean College, Fisher College, Hobart &amp; William Smith Colleges, and Pine Manor College. Karen also worked as a Senior Research &amp; Evaluation Associate at the Education Alliance, Brown University. Karen’s research interests focus on children’s moral development, with a particular interest in children's treatment towards animals and the environment. Her research on moral development has been published in academic journals such as Ecopsychology, Journal of Environmental Psychology, and Social Development.

Associate Director at Broad Institute of MIT and Harvard

Lesley Mathews obtained her bachelor’s in biology from Clark University. She continued to pursue and earn her doctorate in cellular and molecular biology studying breast cancer. From there, Lesley was awarded a young women in science fellowship at the National Institutes of Health (NIH)-National Cancer Institute where she continued her studies in the regulation and druggability of cancer. She was a research scientist at the National Center for Advancing Translational Sciences at NIH where she started a program to study drug-drug combinations. In 2014, she took the leap into the pharmaceutical sector, working at Novartis as a lead investigator in oncology and a teacher in their community exploration learning lab. This prompted Lesley to earn her master’s in education from Lesley University in 2020 and return to academia taking a position at the Broad Institute in The Center for the Development of Therapeutics. At Broad, Lesley is an Associate Director of Cellular Pharmacology.

Suyasha Athuluri is a junior at Dover Sherborn High School. While her calling is in the science or engineering fields, she is also interested in a variety of art forms, including painting and dance. As someone whose interests seem to be scattered across the board, Suyasha hopes to one day unite these different fields and find creative and innovative ways to solve problems, learn, and inspire others.

Beck Schutte is a senior at Dover-Sherborn High School. Next year, he is attending College Of The Holy Cross in Worcester, Massachusetts. As Beck is undecided on his major, he plans to initially study a broad range of courses. While he predicts that he will major in psychology and business, Beck is open to trying new things, and would love your suggestions! At Dover-Sherborn High School, Beck participated in both indoor and outdoor track and field for all four years, and was also a member of the Peer Helping club and the World of Difference club. During his freshman year, he was in the school play for the musical Chicago. As a junior, Beck was an adaptive ski coach. Out of school, fitness, listening to audiobooks and podcasts, and playing guitar are huge hobbies of his! Today, Beck plans on speaking about something a bit different from running or playing a musical instrument. He hopes that his unique life perspective will be beneficial to you. 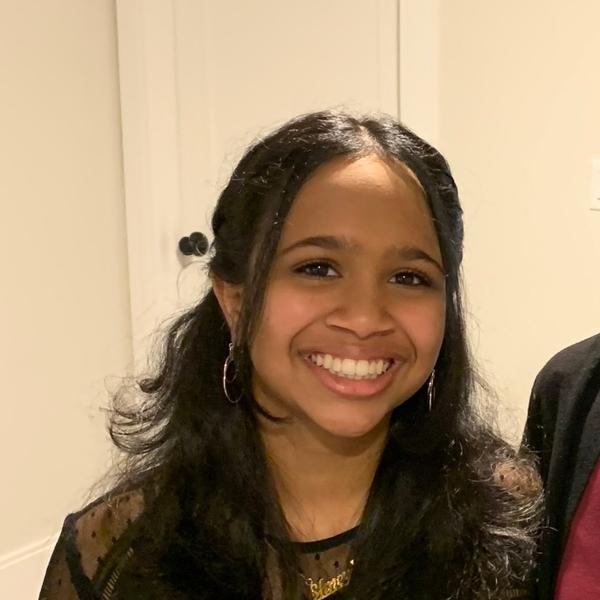