9 female speakers from different cultural and professional backgrounds will share inspiring ideas based on their own thoughts and perspectives, personal views and research on different matters in addition to multiple approaches they followed in their own paths, so we can collectively think again on matters related to women and society in order to enable us to conduct a better reality and lead a better future for our local community and its individuals.

Amera is the youngest woman in Syria to get elected a Vice President for a city municipality, she was elected at the age of 26 years old. She graduated from the Faculty of political sciences at Damascus university, pursued a Master's degree in international relations at Beirut Islamic University, and obtained a Diploma in International affairs and Diplomacy at Syrian International Academy SIA. Amera is a distinguished activist, especially for Equality, Peace, and Women's rights, She was the Executive Manager of the Syrian Women making peace organization, Former projects Coordinator at Peace She-Leaders Network, and Former Project Field Assistant and Gender Focal Point at Oxfam in Syria. Currently, She is the Founder and General Director at MAUJ Foundation, A local, civil, non-profit that works collaboratively in addressing societal/development issues and links them to media content that stems from reality and seeks to create a state of change in communities, especially the Syrian one.

Eva is a highly renowned award-winning film director and a mother of Two girls, She firstly obtained a Ph.D. in Economics; Groups' Behavior Specialty then pursued an academic degree in Film Direction at New York Academy for cinema. Eva's films were screened at major international film festivals and she was listed among the most important Arabic Women directors with the most influential short films in the world. She received many prestigious recognitions and awards internationally and regionally not only for her movies but for her uplifting efforts towards mentoring and empowering youth in Bahrain kingdom with Film making industry. Eva is a women and children Activist who worked in the field during the Syrian crisis and supported many families. She has also participated in Davos World Forum for 3 years and had earlier worked in many domains including Marketing, Management, Education, Journalism, and Sports Media, in addition to her interest in Articles and Scripts Writing.

Ghada graduated from the Higher Institution for Music, as a flute player, but during her studies, she had the chance to get introduced to opera singing, its origins, importance, and the vocal range with which a human can phonate. she developed her abilities in the field of classical music especially in opera singing, despite her cultural and familial background who loved to folk-sing in all their gatherings in As Suwayda Governorate in the southern side of Syria, and even though Opera was a strange field for her before her education, but, she chose it as her main graduation tool for the institution. She is now the founder and first woman leader of a women choir called Gardenia, she also teaches classical music and trains choirs and singing groups, and is a project manager of a community-based project called 'Tanaghom or Harmony". She enjoys venturing into unfamiliar paths and encourages Syrian youth to go beyond their comfort zone and cultural limitations in pursuing their potential.

Ghalia is a Syrian journalist who presented many artistic, cultural, and entertainment programs oriented toward showcasing the bright side of Syria on Radio Al-Madina FM, the first private radio station in Syria, and currently hosting community local talents in her program "Viva La Vida". She is a humanitarian activist, and the founder of Majd Volunteer Team, the campaign for planting one million trees of love and peace all over Syria, so far, more than 40 thousand trees have been planted. Ghalia also works in the music field as a DJ because she believes in music playing a major role in peace, and part of parties tickets' revenues support the charitable works of her team Ghalia studied mass media at Damascus University and lived for ten years in Miami, USA. Then she returned to Syria due to her mother's illness, artist Majd Niazi, the first woman in the history of Syria to have found and led a political party and a humanitarian activist who had a major influence on her career and life.

Leen is an experienced and motivated lead data scientist with an entrepreneurial spirit, and a very detail-oriented engineer when designing and developing the solution architecture. Skilled in deep learning, time series, data science, software architecture, and agile project management. Leen graduated from Damascus University and obtained a bachelor's degree in Information Technology Engineering; Artificial Intelligence specialty and pursued a Master's degree in the latter one, and she achieved several AI projects associated with Damascus University and Tradinos UG. She won the second place of artificial intelligence projects at IT Projects Gallery Issued by PTC placement training center at ITE Damascus University and also won Takween2 for entrepreneurship projects in Al-Baraka bank Syria over 1000 projects.

Nesrin has always been passionate about writing and presenting since she was in vocational high school, She got married at 18 due to the culture surrounding a girl with vocational studies in her hometown, her husband kept supporting her talents, and even though she never graduated from a media faculty, she pursued a career in journalism, Firstly becoming radio news' Editor, Producer, and Coordinator, then moved to edit for independent journals and magazines nationally and regionally and now she is a freelance editor and journalist specialized in investigative journalism tackling sensitive and critical issues around Syria. Nesrin is studying projects management while raising 4 children and obtained a diploma in International and Diplomatic affairs from Syrian International Academy SIA. Nesrin is an uplifting Feminism Activist, she also trains many young people with The Arab Center for Radio and Television Training and coordinates countless national convergence of views sessions.

Ola graduated faculty of Economics at Damascus University, she pursued an art career after graduating from Adham Ismael institute for fine arts, Ola is a very passionate artist who shares many of her works on her own YouTube Channel, Moreover, she is quite active in sports and community work where coincidentally she was able to find and pursue an uncommon interest-for-a-lifetime choice, especially for Syrian and covered girls in our society, which is Martial Arts!, she started with Kickboxing during her second year in university, a choice made completely out of curiosity, interest to learn a self-defense tool during the crisis and build confidence, then moved to Maui Thai boxing after having it re-legislated in Syria in 2019, the game which is more known as Street Fighting and considered the fourth most dangerous game in the world! even though she didn't get much support aside from her father, she was able to achieve much recognition nationally and regionally in both sports.

Roaa is an exemplary presenter and producer at Farah FM radio channel, in addition to her own social media program on Facebook called "people's of determination (with disabilities) keys". Even though Roaa didn't study Media at college and wasn't able to pursue any college degree due to disability in her teenage, she was persistent on her self-development path advocating for women and people of disability in her Media programs and community work. Roaa is an activist for disability, she founded and worked for 7 years on project (it's their right to stand with them) implemented in her hometown to support persons of disability. She has always been passionate about media, and honed its needed skills in practice, attending workshops and participating in endless trainings; one on the national Radio station Sham FM. Roaa received several awards nationally as a woman of disability pioneering in the field of media and regional recognition from The Arab Center for Specialized Media in Egypt.

Sham is a driven and passionate researcher and trainer in the Syrian Astronomical Society (SAA). She developed a great interest in astronomy and joined the society at a very early age, where she received intensive training courses, became a volunteer and worked on many projects, including: “Astronomy for the Blind”, “Real Science and Pseudo-Science” ”, “The Little Astronomer”, “Astronomical Art”, “Women in Space” ... and many others; mainly delivering educational and interactive sessions to children and adolescents in the society on many subjects related to Astronomy, and now she is a lecturer for all group ages. She is a student at faculty of Mechanical Design Engineering at the university of Damascus and also a visual artist participating in several art galleries and exhibitions like: "Female Experiences" group for fine art. 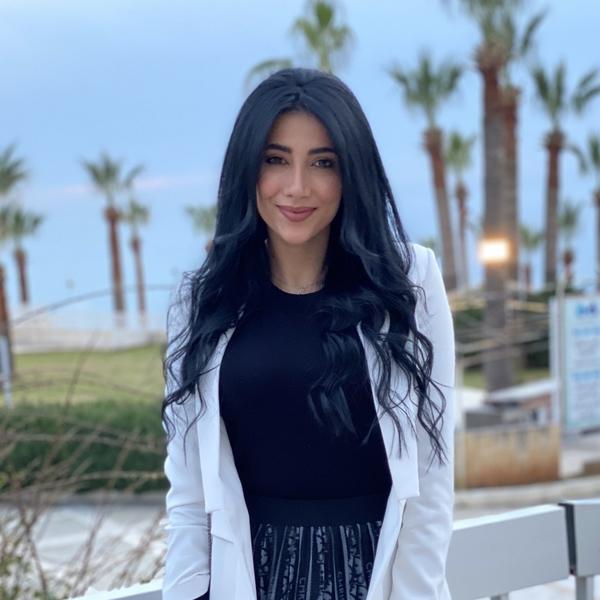 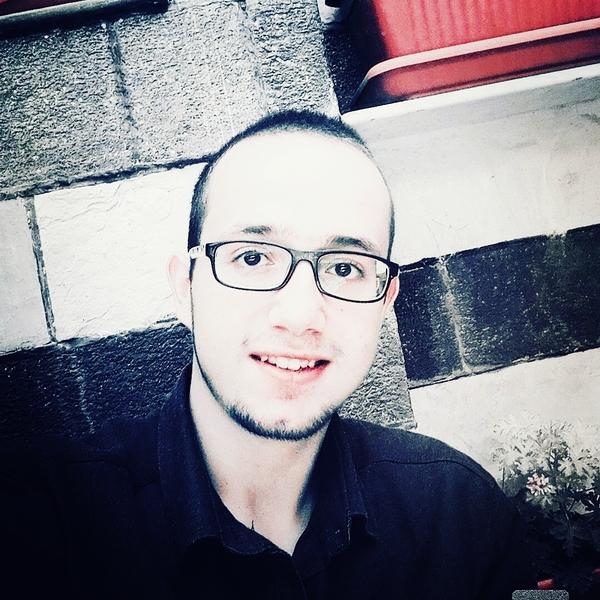