Theme: A Spark Within 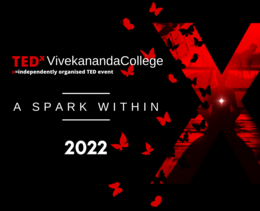 Introducing TEDxVivekanandaCollege! An enthusiastic team of young women at Vivekananda College of the University of Delhi, who want to unleash creativity, unlock the spirit and set minds alight with passion and the drive to make a difference. Seeking innovation, kindness and value, we will take you by storm, and leave you inspired.

As the season progresses, we are all set with our first ever TEDx conference, TEDxVivekanandaCollege: A Spark Within, on Saturday, 22 January 2022 from 10 AM to 7 PM!
An online speaker conference, with 10 exceptionally brave and amazing speakers, where we will (virtually) explore life anew and spark inspiration through the lenses of these individuals with diverse stories and fields of expertise.

We’d love to have you there, and warmly extend to you this invitation to join us! We’re certain you will have a memorable time at the event and are sure to be inspired by our Speakers!

Ms Ameira Sikand is an independent consultant, researcher, entrepreneur and feminist changemaker. She has designed programmes and policies in the area of sexual and reproductive health and rights, education and life skills to advance the leadership of adolescents and young people. She has worked with diverse stakeholders such as INGO’s, Women’s funds, UN agencies and Startups. She is also the founder of The Unmute Files. which is an organization committed to cultivating body acceptance, body liberation and bodily empowerment amongst adolescents and young people across India, through information dissemination, highlighting young people’s body journeys and creating safe spaces for community building.

Major Arun Ambathy is a veteran of the Indian Army, Parachute Regiment Special Forces and has served the nation for 11 years. He was a chief member of the Rapid Reaction Team that is trained to respond to unforeseen circumstances around the globe. He has also served in Jammu and Kashmir as a part of the Counter Insurgency and Counter-Terrorism Grid, to curb terrorism in extreme weather conditions. As a member of CLAW, Major Arun is now working towards spreading awareness for people with disabilities.

Shri Gauranga Das is a leadership and mindfulness coach based in Mumbai. He graduated as a B.Tech. from IIT Bombay in 1993 and quickly found his calling to become a monk. He is a spiritual, mindful meditation expert, a strategic character, educationist, a sustainability and climate change warrior and a social welfare catalyst with a mission to create a value-based society. Shri Gauranga Das is a Governing Body Commission Member in ISKCON working actively to improve leadership and governance of temples and communities globally. Shri Gauranga Das is also the Director of the Govardhan Ecovillage (GEV) which was founded by HH Radhanath Swami Maharaja.

Ms Laara WilliamSen is an International Professional Painter. She graduated from Emily Carr College of Art and Design in 1988. Her paintings are held in private collections around the world. She has received nine international awards including, “The top ten international painters” award for her exceptionally brilliant artwork. Ms Laara participates in charity globally and has conducted exhibitions to gather funds to free children from slavery. Her paintings are inspired by the environment and human nature. She is also deeply fascinated by W. Kandinsky, Georgia O'Keeffe, Frida Kahlo, Emily Carr, and the works of the Impressionists and Fauve artists.

Mr Mussarat Hussain is a Senior Advisor, Leadership and Functional School (Training Academy) at Maruti Suzuki India Limited and Vice President at NHRD Delhi NCR Chapter. Mr Hussain has almost three decades of rich experience in Corporate & Plant HR in diverse Industry verticals like Engineering, Automotive & IT. He is a Life Member AIIMA, NIPM, NHRDN, IICC & ISTD, and is the advisory board member of several B Schools, including the member of the Board of Studies. Awarded Fr. Michael Van Den Bogaert distinguished alumni award by XISS 2020-21.

Ms Prakriti Prajapati is an author and a doctoral student at Penn State University. She has worked at the Centre for Policy Research, TERI and IIT- Delhi. She has experience understanding water-society relations, normative ethics in governance and public policy, and professional ethics. A deeply sensitive and compassionate person, Prakriti explores the spark in her personal life, professional commitments, and in serving a purpose higher than the self.

Ms. Pranjil Patil joined Indian Administrative Service in 2017 with AIR 124. In May 2018, her appointment as Assistant Collector in Ernakulam had grabbed headlines. In October next year, Ms Patil made history when she took charge as the sub-collector of Thiruvanthapuram. In 2020, she moved to Delhi as SDM in the Government of NCT of New Delhi. Currently, she is working as District Magistrate of Shahdara, Government of NCT of New Delhi.

Ms Valentina Trivedi is a writer, performer, and educator, Passionate about learning, she specialises in approaching the learning process from a child’s perspective and holds workshops for teachers and parents pan India. Performed at literature festivals across the world. As a Dastango, adapted Satyajit Ray's film 'Goopy Gyne Bagha Byne' into a Dastan for children. Scripted and directed short films, including 'Leap of Faith,' a biopic on the Yoga Guru Sri BKS Iyengar.

Major Vivek Jacob is a veteran who has served as a Special Forces Operator for 14 years. After completing his training in NDA and IMA, he volunteered for the Special Forces. Major Jacob has led numerous Special ops missions risking his own life for the glory of our nation. He is the founder of CLAW global which initiated ‘Operation Blue Freedom’. This is a movement to express the powerful spirit and ability of people with disabilities.

Ms Yamini Reddy is a Kuchipudi dancer, teacher, choreographer and director of Natya Tarangini. Ms Reddy was taught by her parents who are also prolific artists and gave her first performance when she was 3 years old. She believes in maintaining the purity of the traditional art form while creating the perfect balance between experiments and tradition. Ms Reddy has also authored the research thesis named ‘Audience Development’ for the Performing Arts in India. 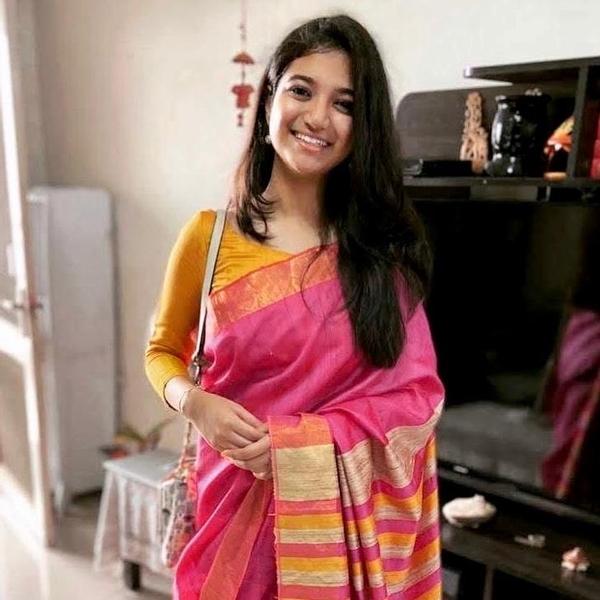 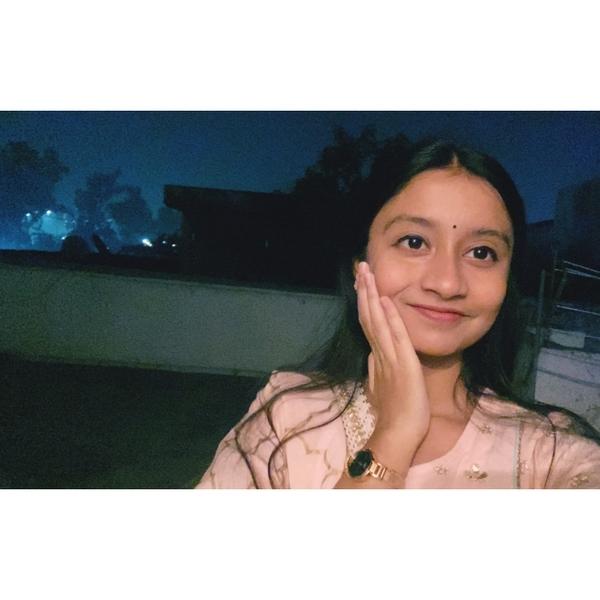