Edward Lorenz, an American mathematician, and meteorologist was a pioneer of the Chaos Theory. His findings led to the coinage of the term, ‘Butterfly Effect,’ a term that has stemmed from an academic paper he presented in 1972. When Lorenz was studying weather patterns, he noticed that small differences in the start of a process caused major changes later. He used statistical forecasting to evaluate his findings. This led to the birth of the Chaos Theory, a branch of mathematics that focuses on varying patterns in the initial stages of any dynamic system that could impact precise, long-standing predictions.

Does the flapping of a butterfly’s wings in Brazil set off a
tornado in Texas?

The idea conveyed is that the flapping of a butterfly might create minute changes in the atmosphere that could alter the path, delay, accelerate or even prevent the occurrence of a tornado.

Mr Aakash Chaudhry is the Managing Director at Aakash Educational Services Limited (AESL). With extensive experience in business management, he leads the senior management team at AESL and is responsible for the overall business, management and direction of the company. Before beginning his journey at AESL, he worked with top Indian IT companies such as Infosys Technologies and Cognizant Technology Solutions. Passionate about addressing the needs of deserving students, he has been dedicatedly working towards providing focused and quality education across the nation through effective delivery channels. Mr Aakash has transformed AESL into an established brand well-known for providing cutting-edge and niche educational services. Mr Chaudhry is the driving force behind expanding the company's educational services portfolio to include IIT-JEE test preparatory services, foundation coaching services as well as hybrid & digital learning programs.

An electronics & communication engineer turned Radio Jockey and Television Presenter as well as an Actor. He is the host of the celebrity talk show 'Social ka Superstar' on 9XM & SpotBoyE. Has been 'RJ of the Year 2019'. He became a TEDx speaker in 2019 and will now be acting in some exciting projects set to release in 2022.

Alok Bansal is the Co-Founder & CFO at PolicyBazaar. He is a director and chief financial officer at PB Fintech that owns Policybazaar and Paisabazaar. Alok leads the financial department which includes corporate finance and controllership, treasury, tax, strategic planning and analysis functions. He is also responsible for the strategic alliance division for PolicyBazaar. Prior to PolicyBazaar, Alok served as the Director, Finance for FirstEuropa. He has also held prestigious managerial positions with Mahindra & Mahindra, iGate Global Solutions and General Electric. He holds an MBA from IIM Kolkata and a degree in Engineering from Lucknow University. He loves reading and enjoys exploring the hills and playing sports.

Founder and CEO of Mahattattva

A leader in technology integration and strategy, Deepti Sawhney completed her Certificate of Educational Studies from The College of Teachers Institute of Education in London. She has trained in Teaching Languages through Technology from Trinity College in the UK with a Distinction Grade in her ICT project from Consultant-E in Spain. She is working with Google India on CBSE and NCERT projects for teacher training; recently conducting the first-ever MOOC for the Central Board of Education in India in a five-webinar series which was watched by over 1 million educators all over the world.

Gurmehar Sethi’s culinary journey began as a young boy running to the Oberois (New Delhi) soon after school, to gain apprenticeship knowledge. And this, out of sheer interest for F&B, brimming in the mind of a fairly young boy. In order to broaden his knowledge of world cuisine he le the country to pursue his studies at the leading school of hospitality management- Les Roches, Switzerland where he graduated from and earned himself a bachelor's degree, and from then onwards, there was no looking back! His learning at Les Roches fueled his passion for food and an increasing belief in his passion for food which leads him to pursue a Diploma Degree in French cuisine and patissier at Le Cordon Bleu London. Chef Gurmehar Sethi has a GREEN THUMB! He grows his own herbs and believes that the best flavors can be extracted from produce when it is freshly harvested and used in the season to which it belongs. His experiments with new working methods unearth bold and complex flavors.

Founder and CEO of EarthRhythm

Harini Sivakumar is the founder and CEO of Earth Rhythm and is here to change beauty norms. She uncovers the truth about skincare and shares knowledge through her journey of building a skincare brand where her formulas are not just effective, but also safe and cited by scientific research. Her philosophy is being smart and bringing clinically effective skincare to the market. Building her passion along with her father since 2015, entrepreneurship happened by chance yet she thoroughly enjoys every part of running a business.

Hiteyjit Singh Gujral is the founder of Robo Codo Ninjas: an initiative for bringing Robotics & Automation to everyone. From a tender age of 8 years, Hiteyjit was introduced to coding and robotics, after which he has been constantly engaged in the field. At 12 years, he started the first Middle School robotics club of his school, and after an exceptionally positive response, he expanded his focus to a larger audience, with the main objective of democratizing access to robotics to all - especially for underprivileged children. This mission allowed him the opportunity to share his passion with children from various backgrounds and different walks of life, including war-displaced Syrian Refugee children and children with special education needs as well. He believes that everyone has a spark within themselves - and this needs to be mentored and kindled in order to grow to its full potential. Once it does, it has the capability of making waves in the community and inspiring millions.

Khushi Jain, national gold medalist swimmer, former model and an undergraduate student at NYU, founded her non-profit organisation DefEating Disorders at age 20. She goes by the name @shetalksandeats on Instagram where she motivates people to practise food freedom, work on a healthy relationship with eating. She has been a survivor of multiple eating disorders and wants to raise awareness about how they are first and foremost, a mental illness that in turn manifests as food and body issues. She is also a public speaker and has represented her university at Oxford University and multiple global conferences for social work, education for girls in rural India and conducted workshops to break the stigma associated with eating disorders.

Naila Moloo is a 15-year old environmental researcher, one of Canada’s Top 100 Most Powerful Women, and a best-selling author, having written the ‘Chronicles of Illusion: The Blue Wild. Based in Ottawa, Canada, she is an innovator that is passionate about leveraging technology to address our global consumption of fossil fuels and aims to make an impact in the sustainability sector. She is passionate about solar energy, where she has designed a transparent and flexible perovskite solar cell. She also writes environmental articles for Medium and Green AQ TeC. She is currently working for Carleton University, where she is developing a Bioplastic from duckweed. Her latest area of exploration is machine learning. When she’s not learning, she’s probably reading, playing sports, or writing. Her debut novel that got published when she was 14 was a #1 bestseller in magical realism. She has spoken at Web Summit, attended the WXN Top 100 Women galas, and even received the Pollution Probe award.

Nick Harinos is originally from Athens, Greece, but lives and works in Stockholm, Sweden. Having lived and worked in nine different countries for a variety of sectors, such as diplomacy and consulting, he has developed a strong interest in education, volunteering and innovation. He is currently working as a Project Manager at a rapidly growing EdTech start-up in Stockholm as well as the Global Chief Executive Officer of 180 Degrees Consulting (the world’s largest university-based consultancy for non-profits and social enterprises.) He is extremely passionate about social impact, and in particular how we, as individuals, can use our core strengths and skills, to do good in this world.

Sashi is an electrical engineer with a Masters from EPFL. After working with the ICRC, WHO, and the EPFL Essentialtech Center, he co-founded the company SurgiBox Inc. Currently, he acts as the Chief Development Officer overseeing quality assurance, regulatory affairs, international manufacturing, and partnerships. He has in parallel helped develop several social enterprises in rural Mozambique with the NGO SolidarMed. Sashi has worked in Cameroon, India, Nigeria, Mozambique, and Switzerland and is a winner of the Forbes 30 Under 30 award in 2021.

Shireen Limaye is the captain of the Indian Women’s National Basketball Team. After participating in the Under-16 FIBA Asia Championship in 2009, Shireen has gone on to represent India in 10 FIBA Cups, winning the Best Rebounder Ace of Asia award in 2008 and the Shiv Chhatrapati Award in 2018. In 2018, she even competed in the Commonwealth Games in Australia. Additionally, Shireen has also represented India as part of the Netball team in the 2010 Commonwealth Games, while holding a national Rank 2 in Under-21 Snooker as well as Rank 3 in Under-18 Billiards.

Varsha is an ACE (American Council of Exercise) Certified Health and Fitness professional. She coaches people to plan and achieve their fitness goals. Her high purpose is to build a healthy and fit community across all ages. She has run several half marathons, full marathons, and ultra-distances which include 12 hour and 24-hour runs. She aims to motivate, inspire and educate about the benefits of exercising and living a healthy lifestyle. 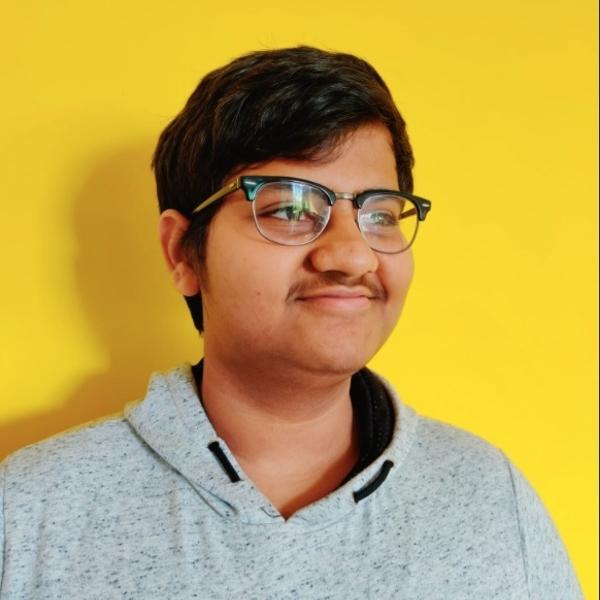 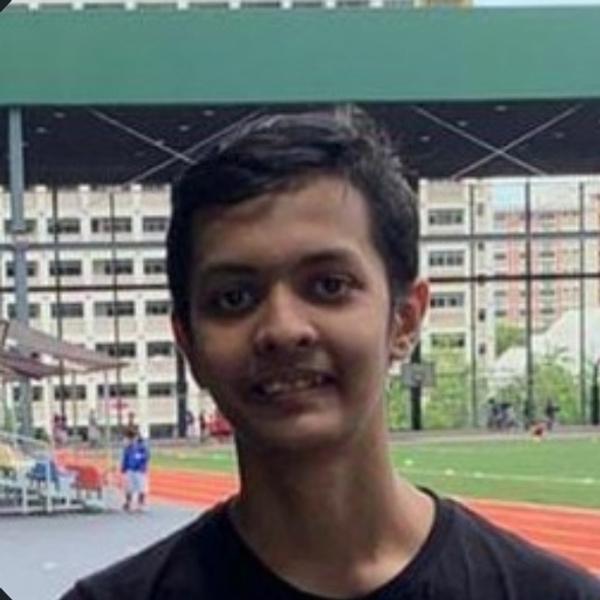