Theme: It's All Connected

TEDxYouth@MHS took place on Saturday, April 16, 2022, at Marysville High School. It was the first TEDx event in Marysville history! This event was proudly organized and presented by MHS senior Kieran Mulligan.

Abby Kay Griffith is a senior at Marysville High School.

Ava Dernlan is a senior at Marysville High School.

Chris Schmenk has served as a Union County Commissioner since January 1, 2019. Before that, she was an economic development and government relations attorney with the firm of Bricker & Eckler, LLP. From 2011 to 2103, she was a member of Governor John Kasich’s Cabinet and Director of the Ohio Development Services Agency. Chris served as the elected Mayor of Marysville from 2008-2011 and worked for The Scotts Miracle-Gro Company in Marysville as its Vice President of External Affairs and Assistant General Counsel. Chris serves on Gov. DeWine’s Executive Workforce Board, the Central Ohio Regional Advisory Board, and the boards of the Hope Center, Bridges Community Action Partnership, the Central Ohio Youth Center, and the Union County Community Improvement Corporation. Chris received her Juris Doctorate from The Ohio State University Moritz College of Law and her BA from Ohio Northern University. She lives in Marysville with her husband, and they have two adult children and a grandson.

Doug McCollough has long embraced the rich community of innovation that is Central Ohio. Through collaborations and partnerships, he has worked to connect people to opportunities, remove barriers, and promote change by driving initiatives in Smart and Connected Cities, IT Workforce Development, expanding broadband access, Connected and Autonomous Vehicles, and Blockchain in Government. Doug is also CEO of Color Coded Labs, which targets underserved, underrepresented, and marginalized communities, seeking gritty working adults to present new, transformative career pathways in the technology industry. He has held positions within the Ohio departments of Public Safety, Commerce, Industrial Commission, and Medicaid, and served as the Director of IT for the City of Richmond, VA, and is currently on the boards of Per Scholas Columbus, TECH CORPS, and Jewish Family Services of Columbus. Doug is also a co-founder of Black Tech Columbus and a Trustee for the Central Ohio Transit Authority.

Emma Eades is a freshman at Marysville High School. When she is not studying, she loves playing around with flowers and learning new songs on her piano. She considers her parents to be her greatest role models and and says they inspire her to be outgoing and try new things, such as giving a TED talk.

Eric Phillips has served as the Marysville/Union County Economic Development Director since February 2001. He also serves as the Executive Director of the Community Improvement Corporation and the Marysville-Union County Port Authority. His primary role is to catalyze job and wealth creation while building consensus between businesses, government, and the community.

Garland “Gigi” Bix is a junior at Marysville High School. She is part of the Marysville Swingers Unlimited show choir, studies tap dance at the Academy, is involved with the musicals at the high school, and takes part in many clubs within the community. She aspires to work in the social sciences field when she graduates, potentially studying political science or public policy beyond high school.

Ishita is a freshman at Early College High School in Marysville, Ohio. She has always been intrigued by how complex our brains are and how they work. She is trilingual and learning a fourth language.

Jennifer Hinderer is proud to serve as the Assistant Principal at Marysville High School where she started her career as an English teacher twelve years ago. In between that time, she was a founding teacher at both ECHS and TRI Academy where she later served as Principal. She is a passionate educator and believes in supporting and empowering all students to find success in whatever they choose to pursue. She seeks to engage youth in the conversations around education so they better understand themselves, their learning, and their role in their community.

Joseph Digney is a junior at Marysville High School. He enjoys dancing at Energy Arts Dance and is a member of the Marysville Swingers Unlimited. In his free time, he loves making people laugh and eating food. In the future, he plans to attend college in hope of becoming a Cruise Entertainment Director. Joseph has been singing, dancing, and performing on stage (and off!) since he was a very young child. He is currently playing the role of Ren McCormack in Footloose the Musical which debuts on Friday, April 29, 2022, at Marysville High School. Keira has been in show choir for five years along with taking voice lessons and participating in Broadway class. Keira is the junior class ambassador for Pro Terranova and is also a member of Student Council and Gatekeepers.

Katie Schneider is currently an 8th grade English Language Arts teacher at Bunsold Middle School in Marysville. She graduated from The Ohio State University with a bachelor’s in English and earned a Master’s degree in Middle Childhood Education at Otterbein University. She has been a teacher for 15 years with Marysville Schools, and in that time, has taught 5th grade ELA, 7th grade ELA, 7th grade Social Studies, and 8th grade Social Studies. Katie lives in Lewis Center with her husband, her two children. She enjoys reading, watching movies, and spending time with her family, friends, and her two cats, Frost and Poe (named after two of her favorite poets!)

Keegan will graduate from Marysville High School in May 2022 as a valedictorian, a member of the Japanese National Honor Society, and President of his school's Japanese Club. He is also a competitive Irish dancer and plays piano, violin, and ukulele. He will be attending Northwestern University in the fall.

Lily Anontvechrucks is a junior at Marysville Hugh School. She is a very talented singer and dancer and loves participating in musical theater and showchoir!

Lissette has been playing violin for about 10 years. Although she learned as an adult, she played every day like it was her job and now it is! She has also played flute since high school and now teaches that as well as violin at Union Music Hall in Marysville, Ohio. Terry received his degree in Music Education from Ohio University and previously taught in public and private school settings before opening his own music studio in 2001. Terry strongly believes that music is more than a skill that should be honed, it is a gift to be shared with others, whether that be in a small intimate setting or on a stage.

Lucy Hoy is a Marysville High School Alumnus and recent graduate of Baldwin Wallace Conservatory of Music, having studied Music Education with a primary in piano. Currently, she is a music instructor with the RED School of Music, teaching private lessons and group classes in Marysville and Bellefontaine. She is also the music teacher at Trinity Lutheran School in Marysville, teaching general music to grades K-6. She has a strong passion for music, equally in performing it, as well as sharing it through educating and performing with others. She is a frequent performer around the Marysville area and has taken part in music leadership at various local churches.

Luke Ahern is an artist and musician as well as a 2005 graduate from Marysville High School. He attended Bowling Green State University for undergrad and received a Master of Fine Arts from the University of Wisconsin in 2012. After graduate school, he taught art classes at several Universities in central Ohio. His work has been shown extensively locally as well as nationally. He has had solo exhibitions at The Denison Museum of Art, Illinois Wesleyan University, ROY G BIV gallery in Columbus, Urban Arts Space in Columbus, and at The Neon Heater in Findlay, Ohio. Luke was able to merge his interest in art and music in 2018 when he was hired to start the performing arts pathway at Marysville High School. He is married to Kelsey, another teacher at Marysville High School, and the father of three children and one on the way.

Nisha Sathiaprakash is a senior at Marysville Early College High School. She is a choreographer and competitive dancer in the style of Bollywood dance, a member of the Marysville Swingers Unlimited show choir team, and a volunteer at Memorial Hospital and the Union County Humane Society. She will be studying a science-related major next year with the hope of one day becoming a veterinarian.

Paul Melcher grew up in Grand Rapids, Michigan, and holds a Bachelor of Music degree in Piano Performance from St. Olaf College and a Master of Music degree in Piano Performance from Central Michigan University. With the St. Olaf Choir, Paul performed all over the United States and in Norway, and has played in prestigious halls such as DeVos Hall, Heinz Hall, Severance Hall and Carnegie Hall. In addition to his keyboard studies, Paul has experience in opera and has sung roles such as Don Ottavio in Don Giovanni, Rodolfo in La Boheme and Rinucchio in Gianni Schicchi with the opera program at Central Michigan University. He has also served for the Opera on the Edge program for Opera Columbus, performing as a collaborative pianist. Together, Paul and his wife Chelsea co-founded Red School of Music where Paul actively teaches piano and voice lessons to students in the Greater Columbus area. Learn more by visiting their website: https://redschoolofmusic.com/

Red Chapel Children’s Choir is a world premiere children’s choir founded by renowned and award-winning pianist and composer, Paul Melcher. The members audition to sing in a choir that gives support and training to sing in harmony, learn from a composer, and rehearse and perform music including pieces that will be world premiere performances of new music. To learn more about the Red School of Music, home of Red Chapel Children's Choir, please visit their website at https://redschoolofmusic.com/. Red School of Music has several studio locations in Central Ohio and the Greater Columbus area.

Samuel Sisley is an educator and basketball trick performer who has been teaching and performing for over ten years. He has had the opportunity to perform hundreds of shows for thousands of people all across the USA and Europe. Samuel has a passion for sharing his skills with youth of all ages. His tricks include dribbling, juggling, and spinning up to four basketballs at a time. He has performed for many clients such as the NCAA, NBA teams, basketball camps and leagues across the country, schools, churches, and many other events. Samuel is also an elementary school teacher in Central Ohio. He has a Bachelor’s degree in Education from Ohio Christian University and a Master’s in Educational Technology from Ashland University. He has also completed further coursework to become a licensed intervention specialist. Samuel uses his skills and his story of coming to America from the UK to inspire and motivate youth to find their passion, even through what might feel like failure.

Sidney Sagraves is a senior at Marysville High School. She loves to draw in her free time and also runs a YouTube channel. She is a member of the Energy Arts competition dance team and also takes private vocal lessons at Red School of Music. She has been onstage since elementary school in many school and local theater productions, music performances, and dance recitals and competitions.

Tana enjoys doing gymnastics and different types of arts and crafts. Her family includes her mom, her dad, her two brothers, and her dogs, Buddha and Griffin. She wants to be a Biomedical engineer when she grows up. 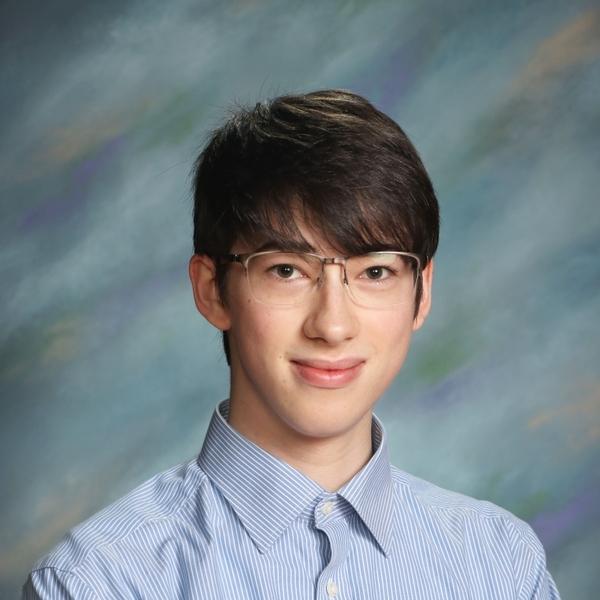 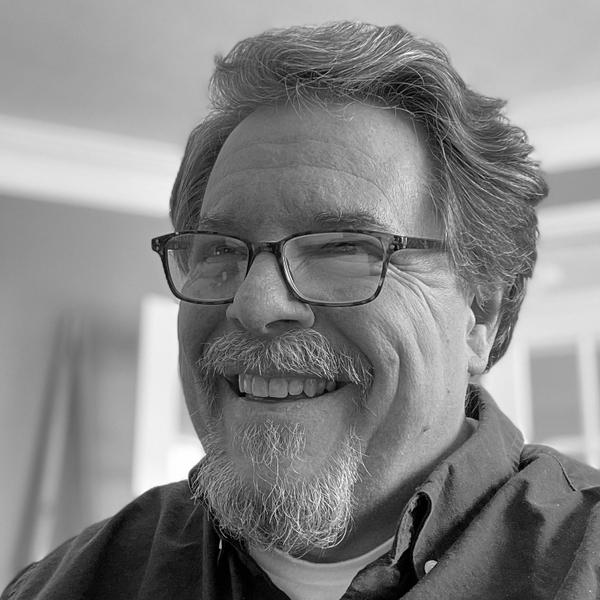