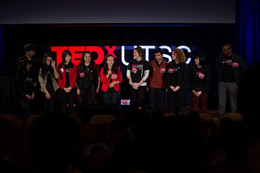 This marks the first official year of TEDxUTSC’s operations and we aim to bring the best event to all of our attendees in the UTSC and Scarborough community on February 2, 2013 under the theme Reorder the Ordinary.

Brand marketer, aerospace design engineer, professional comedic actor, teacher — these are some of the diverse roles Bobby has explored to find his true purpose. Now he leads Raeallan (www.raeallan.com) to help GenY / GenX leaders find their passions. Bobby is a serial entrepreneur and motivational speaker on Leadership, Connection, Personal Branding and Career Development. He is a prolific TEDx speaker, having spoken or hosted several events, and is a leading social media networker, including hosting the weekly ‘Power of Connection chat’ on Twitter. Bobby is dedicated to causes embracing youth and diversity including Shad Valley, Nspire Innovation and NetIP. Bobby is a new dad. He just loves playing ultimate frisbee and Settlers of Catan, predicting the Oscars, and remembering the lyrics to every 80′s TV show theme song. Bobby has never lost a thumb war, ever.

A graduate from the UTSC journalism program, Emily Hunter has graced the world stage with her empowering and innovative work as an environmental advocacy journalist, who is constantly reporting throughout the climax of global activist movements. The daughter of Robert Hunter, first president and co-founder of Greenpeace, Emily has had a rich career in protecting our earth and combating climate change and animal abuse. To learn more about Emily Hunter, please visit her blog: http://ecohuntress.wordpress.com/

Digital Prophet by day, singer-songwriter by night. This unique duo can only result in one thing: incredible ideas about our digital environment and the energy to captivate an audience. Born and raised in Australia, David Shing (or better known as “Shingy”), has done his fair share of travelling before settling in New York. Shingy’s work can best be summarized as creative inventing of ideas for the future, influenced by the now.

A Humanist activist who studies everything. At UTSC, Jesse D’Andrade specialized in psychology and minored in philosophy. Today, all of his projects are touched by the dream of forming one planetary community; different cultures working together to cherish emotions and unleash minds.

Born in Ohio, but raised in Scarborough, Karthik Kangasabapathy has always had a passion for education. While studying Mathematics at the University of Waterloo, he began to realize that many of the education and career decisions being made by young people were often shaped by external factors as opposed to their own passions, causing them to take paths that led them to unintended destinations. Throughout his career, he has worked to help students discover what they are truly passionate about. Karthik works for Innovation First International, where he is responsible for exciting young people about STEAM (Science, Technology, Education, Arts & Mathematics) education, via participation in the VEX Robotics Competition. He was a lead author for the award winning Autodesk VEX Curriculum, and has presented seminars across North America on both robotics education and decision making. Since 2006, he has been designing competition robotics games that have been played by over 20,000 teams of middle and high school students across the globe. He has won numerous awards for his dedication to furthering robotics education, including the prestigious Woodie Flowers Finalist Award for exemplary mentoring and being a positive role model for high school students through the FIRST Robotics Competition. He also serves as the Master of Ceremonies of various international robotics events, having worked with media personalities such Mythbusters’ Grant Imahara and Kari Byron.

Leslie Chan is a Senior Lecturer in the department of Arts, Culture and Media Studies and the Centre for Critical Development Studies at the University of Toronto Scarborough, where he serves as the Associate Director. An early practitioner in the use of the Web for scholarly exchange and online learning, Leslie is particularly interested in the role and design of network in the flow of knowledge and their impact on local and international development. As one of the original signatories of the Budapest Open Access Initiative, a historical and defining event of the global open access movement, Leslie has been active in the experimentation and implementation of scholarly communication initiatives of varying scales around the world. A Trustee of the Electronic Publishing Trust for Development, and a passionate advocate for knowledge equity, Leslie has been invited to speak at workshops and conferences around the world, and he has been asked to serve as advisor to numerous projects and organizations, including the Canadian Research Knowledge Network, the American Anthropological Association, the International Development Research Centre, UNESCO, and the Open Society Foundation.

Lisa Endersby has always had a problem with standing still. Dancing her way between adventures, Lisa is just about obsessed with learning – both for herself and for the students she works with. A voracious reader from a young age, she balances living in her own head with externally processing anything and everything with anyone and everyone. Taking on the title of ‘Advocate for Awesome’, her work in higher education spans defining and chasing student success in leadership development, career services, community engagement and, her most recent love, assessment. Lisa has presented and facilitated at numerous local and national conferences but is most at home with a good chat over a cup of hot chocolate (preferably with a side of some sort of chocolate dessert). In between walking the outside edge of the CN Tower, hang-gliding and zip-lining, Lisa creates, facilitates and assesses programming in higher education to help students and staff showcase and grow their own awesomeness. The walking, (always) talking embodiment of extroversion, Lisa needs people like you to keep her energized. Stories fascinate her, and she loves helping others author, edit and publish their unique adventures.

Preet Banerjee was originally trained as a neuroscientist, and after a brief stint as an aspiring racecar driver, ultimately landed in the world of personal finance. Formerly a stockbroker, then an index fund wholesaler, he is now the new host of the television series ‘Million Dollar Neighbourhood’ on The Oprah Winfrey Network, a personal finance columnist with The Globe and Mail, and author of three personal finance books. He is also a founding investor in Tunezy.com, a social e-commerce platform for music.

Ronald de Sousa is Professor Emeritus of Philosophy at the University of Toronto and a Fellow of the Royal Society of Canada. He was raised in Switzerland and England; his BA is from Oxford and his PhD from Princeton. He has lived and taught in Toronto since 1966, with only brief interruptions for visiting appointments (in Canada, the US, the UK, Switzerland, and China.) He is the author of /The Rationality of Emotion/ (MIT 1987) /Why Think:? Evolution and the Rational Mind /(OUP 2007) and /Emotional Truth/ (OUP 2011), as well as over a hundred journal articles and book chapters. His research interests, reflected in a sample of articles and reviews available on his website, focus on emotions, evolutionary theory, cognitive science, and sex, as well as the puzzle of the stubbornness of religious belief and other superstitions. His next book, also from OUP, is to be a Very Short Introduction to Love.

A man who needs no introduction on campus, Steve Joordens is a multiple award-winning lecturer at the University of Toronto Scarborough. His passion for teaching is reflected every year in the faces of the 1800 students in Introductory Psychology. He is continuously engaging his students with innovate ways of test-taking and logical thinking. This stems from his research of critical thinking and educational technologies, and on the interaction between conscious and unconscious forms of memory. On top of being your go-to researcher for memory, Steve has given controversial talks on the typically avoided topics such as conducting research on animals, a highly unethical treatment that we don’t perform on humans. If you don’t find him in the classroom or the laboratory then you can catch him jamming at gigs with his band—The Freakin Lolas—as the lead Guitar and Vocals.

Tayyab Rashid is a licensed clinical psychologist at the Health and Wellness Centre at University of Toronto Scarborough (UTSC). His expertise includes positive clinical psychology, strength-based resilience, positive education, post-traumatic growth and multicultural counseling. Author of numerous scholarly papers and recipient of several honors’, Tayyab has trained mental health professionals and educators internationally and consults with several non-profit organizations. He has also worked with Asian tsunami survivors and flood relief workers in Pakistan. Tayyab’s work has been featured in Wall Street Journal, Psychology Today, Toronto Star, The Globe and Mail and at the Canadian Broadcasting Corporation (CBC). Influenced by Sufi and yogic philosophy, Tayyab advocates active and realistic search for the half-full portion of the proverbial glass to re-order the ordinary.

Yusef Dualeh is a fourth-year of the University of Toronto Scarborough, having undertaken ventures in leadership, campus life, and the dramatic arts. His aspirations have led him to media and public work in radio, YouTube, and stand-up comedy. Currently working as an IT Administrator at UoT St. George, Yusef isn’t afraid to get out of his comfort zone. Always willing to assist anyone in need with a smile, he simply loves to help others. Even with his numerous projects, Yusef lives by the philosophy that a positive attitude leads to a productive life. 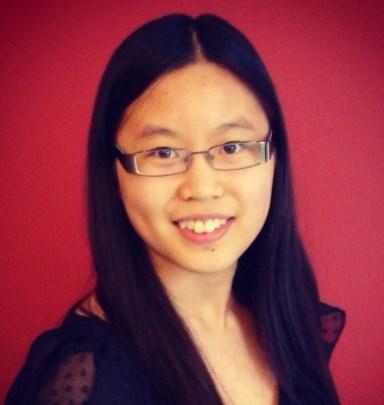