Aiko Smith is a Black and Japanese American Woman, born on a naval base in Okinawa, Japan but raised in Los Angeles, California. She is a mother of three, wife, mindfulness writer, coach, and speaker. Driven by creating a kinder, more compassionate country, Aiko has devoted her life and career to teaching women how to mindfully confront their suffering as an integral part of the process of dismantling harmful paradigms and oppressive systems. As a thought leader, her vision is to see a society that values all human beings as sacred. Aiko is a certified mindfulness teacher trained by UCLA’s Semel Institute for Neuroscience and Human Behavior’s Mindfulness Awareness Research Center.

Ariana Delawari is an Afghan-American filmmaker, musician, activist, and graduate of USC School of Cinematic Arts. A year after 9/11 Ariana began a 10-year documentation of her father’s homeland. As a result, We Came Home is her award winning feature length directorial debut, which then led to her groundbreaking album, Lion of Panjshir. The album was partially produced and mixed by filmmaker David Lynch, and Lynch released the critically acclaimed album on his record label. We Came Home was acquired and released digitally by TIME in 2018. Also, Ariana was a performer and speaker at the inaugural TEDx Kabul. They also co-created an app called Afghanistan Connect with Afghan women coding students. Ariana is currently working on her fourth album.

Cassandra Le (pronounced lay) is a Vietnamese-American, first-generation daughter of refugees and immigrants, now an immigrant themselves, living in Spain. Through their The Quirky Pineapple Studio, Cassandra offers brand strategy for BIPOC, LGBTQIA+, and Feminist-run brands and businesses - working with clients in English, Spanish, and Spanglish. She also co-hosts a podcast called "Business Without the Buts", exploring conversations on how to create a more ethical economy. Cassandra's work has been featured in Huffpost, Forbes, and has been recognized as one of the top marketing agencies focused on community in 2019, by Rising Tide Society & Honeybook. Because life's not all about work, Cassandra loves bubble tea, road trips, and watching trailers on YouTube to movies that she'll never watch in real life.

In her own words, Channdika Thayver is an imperfect Tamil woman who was born in Singapore and whose ancestral roots lie in Tamil Nadu, India. She is currently a settler on the stolen lands of the Kwikwetlem and Katzie Nations in so-called British Columbia, colonial Canada. As a Life & Wellness Coach, Channdika is committed to lifelong learning and unlearning in her efforts to show up as the best Co-Conspirator she can be in the creation of equity for all marginalized peoples. She believes that the creation of this equity can only be birthed through the disruption and dismantling of systemic oppressions, and that this requires deep introspection and active disruption of her respective privileges, daily.

Dr Izdihar Jamil, Ph.D. is an immigrant, Asian, hijab wearing Muslim computer scientist turned media expert. She is an 8 x #1 International Bestselling Author of It Is Done, Yes I Can! and has been featured on Forbes, Fox TV, NBC, CBS, ABC, CW, Thrive Global and multiple other publications. In 2021, Izdihar was inducted into the prestigious Marquis Who’s Who biography in recognizing her contribution as the top 5% in the industry with Warren Buffet and Oprah. Izdihar lives in California with her husband and three kids and in her spare time she loves reading and baking for her family.

Jelan Agnew, LCSW is a psychotherapist, professor, facilitator and public speaker, with 16 years in the mental health field. She is the founder of Nalej of Self, LLC, a private practice dedicated to addressing Black generational trauma, identifying cycles/patterns and creating new ways of being through healing Mind, Body, Spirit. Jelan’s work is committed to healing trauma within the Black community. In addition to her work in the field, she’s open about her own struggles with Depression and Anxiety, and takes pride in saying, “I am a Black therapist, with a Black therapist”, as a means to destigmatize mental health. Jelan, a Brooklyn native and Hartford resident, sees authenticity as a superpower and freedom as the ultimate life goal.

Julie Weiss, of Santa Monica, CA., ran a remarkable 52 marathons in 52 weeks and in the process, she ran 1,362.4 miles, raising over $700,000 in the fight against pancreatic cancer. Julie also generated considerable awareness through high profile appearances on CNN, The TODAY Show, the Los Angeles Times, O Magazine and many other outlets. She is also one of seven featured runners in the inspiring documentary Spirit of the Marathon II. Following the death of her father, her biggest fan, from Pancreatic Cancer, she embarked on this incredible endeavor to raise hope, money and awareness for Pancreatic Cancer, the 3rd leading cause of cancer death in the United States, and also the lowest funded for research.

Kim Guerra is a queer woman of color, writer, advocate, creator and voice of Brown Badass Bonita, a brand and social movement to advocate for the immigrant, LGBTQ+, BIPOC, survivors, mujeres, and oppressed communities. She is also the author of Mariposa and Mija, collections of bilingual poems, affirmations, and revolutionary love letters. Kim received the “Agent of Change'' award from Univision’s Premios Juventud and has been recognized for her work in Oprah Magazine, People, Huffington Post, Buzzfeed, and many more. Kim graduated from Cornell University and has a Masters in Marriage and Family Therapy. She’s currently based in Los Angeles and Coyoacan with her partner and dog, Chancho.

Canadian Poet of Honor, Mahlikah Awe:ri Enml'ga't Saqama'sgw, (The One Who Stands and Walks In The Light) is an Afro-Indigenous (Kanien’kéhà:ka, Mi’kmaw) Artist For Social Change, shifting paradigms through Indigenized ways of knowing and being; while reimagining what it means to be “In-Relation”, to the Land and to each other. As an acclaimed Spoken Word Artist, Activist, and Arts Educator, Mahlikah is a Paula Fund Awardee for her acclaimed solo work Tionnhéhkwen Tionnká:non (Our Sustenance Our Medicine), a contributor for the first Black Canadian Afro-Futurism Anthology: Cosmic Underground Northside: An Incantation of Black Speculative Discourse & Innerstandings; Cedar Grove Publishing, and a featured poet for Audible Original X Festival of Literary Diversity (FOLD) : Power In Poetry: Moods That Move. Mahlikah is Currently based in Treaty 13 Tsi Tkarón:to (Toronto, Canada).

Nadia Payan is an educator, speaker, artist, third culture human and Montessorian whose life is filled with reverence towards creativity as a pathway to healing and power. Nadia explores and cross pollinates her own creative expression with her experiences as an early childhood educator, a spiritual practitioner and artist. Themes present in her life, studies and art include conscious creativity, community care, affirmation, emotional intelligence, imagination, shadow exploration and embodied interconnection. Nadia has facilitated creative healing workshops and retreats internationally, nationally and virtually with multigenerational and multicultural adults and children.

Princess Sarah has an extraordinary journey that has been featured on CNN, GMA, BBC, The Tamron Hall Show among numerous other publications worldwide. She shared the story of reuniting with her birth father in her co-authored book A Princess Found: An American Family, an African Chiefdom, and the Daughter Who Connected Them All. The book is now being adapted into a major motion picture for Disney Studios by award-winning filmmaker Stephanie Allain. Princess Sarah and her brother Hindo Joseph Kposowa founded the nonprofit Sierra Leone Rising which provides clean drinking water, education, medical attention, resources to build schools and technology centers, and more throughout Sierra Leone.

As a multidisciplinary musician, Trinidadian-American Trish Hosein has been featured on NPR, Billboard, Rolling Stone India, MTV India, and VH1 India; and she has performed internationally, playing festivals like SXSW, CMW, Women’s Redrock Festival, Linda Perry’s Rock N Relief and Pyramid Yoga Festival. Her visual art has been part of the Adidas “Nite Jogger” campaign and she has been nominated for Best Music Video at the South Asian Film Festival two years in a row. Her passion for racial justice and her background as an immigrant has led her to work with organizations like Oxfam, volunteer and perform with the Bernie Sanders campaign in 2020, and write political pieces for Talkhouse, Brown Girl Magazine and Valley Doll Magazine. 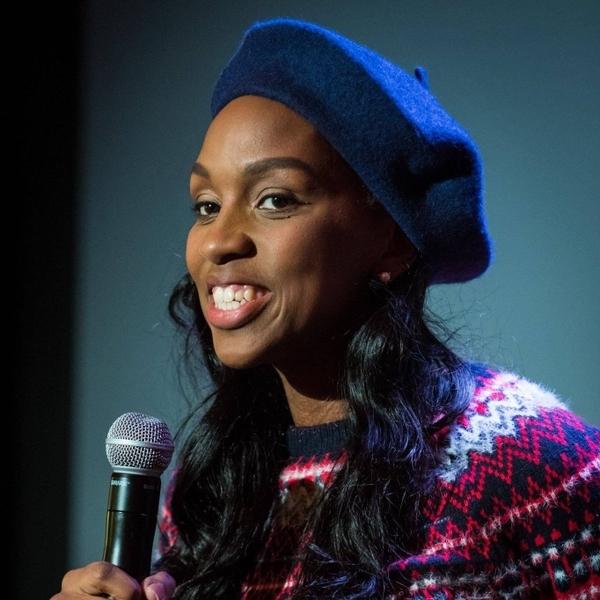 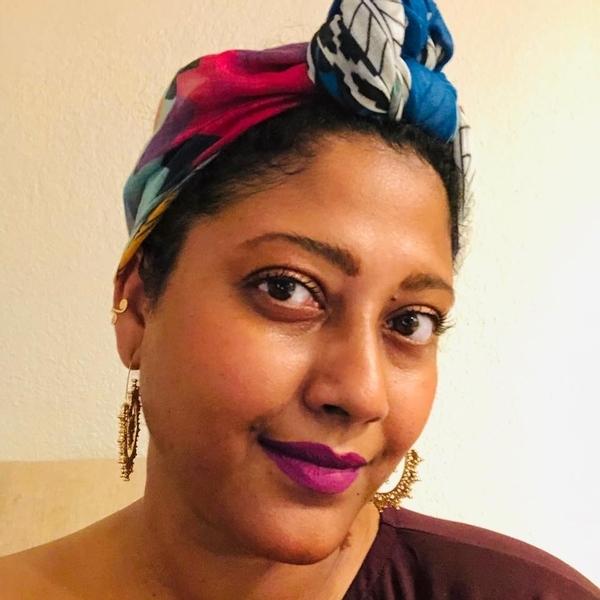