Theme: How we are Going to Solve Climate Change

Thirteen climate leaders each taking ten minutes on ‘How We’re Going to Solve Climate Change’. TEDxKingsCross is an independently organised TED Countdown event - championing critical climate solutions. This brilliant line up will use their time to raise the urgency but also possibility for our future from the perspective they bring. The event will keep the momentum of COP26 going, and look ahead to the challenge we collectively face. Speakers will be coming live from the event.

Alice Bell is an author. She’s recently published the excellent book: Our Biggest Experiment, a History of the Climate Crisis. She’s also a climate campaigner and co-runs climate NGO Possible. She used to be a lecturer in science communication at Imperial College and had academic roles at Sussex's Science Policy Research Unit, City University Journalism School and UCL's Technology Studies Department. She's also written for a host of publications including the Guardian, The Times and The Observer.

Model, activist and founder of Dirt, A foundation for the regeneration of Earth

Arizona Muse is one of the world’s most recognisable models, an environmental activist and the founder of DIRT, a charity that supports and promotes biodynamic farming as a solution to the climate crisis. A passionate advocate for environmental regeneration, Arizona, through Dirt, supports agricultural projects which are doing away with harmful chemicals and working with nature to rejuvenate life within soil, massively enhancing its ability to capture and store carbon as well as providing immense benefits for wildlife, food production and water absorption and retention. Arizona, who also acts as a sustainability consultant, sits on the board of non-profit The Sustainable Angle, a leading resource for sourcing sustainable materials. She is also an ambassador for Greenpeace and Women For Women and has collaborated on multinational campaigns with Oxfam and various UN organisations including UNDP, UNEP and UNFAO.

Catherine has been Chief Executive at ShareAction since 2008. ShareAction coordinates civil society to campaign for responsible investment across Europe whilst activating many of the world’s largest investors to accelerate action by companies on climate change, loss of biodiversity, equalities, public health and food system risks. She is a member of the UK Treasury’s asset management taskforce. She is a board member of the Scott Trust, owner of The Guardian, serving on the Scott Trust’s investment committee. Catherine was recognised by the World Economic Forum as a Young Global Leader in 2014.

Daze Aghaji is a 21-year-old climate justice activist from London who centres regenerative culture, intersectionality, radical social justice and youth political engagement in her work. In 2019, she was the youngest candidate to stand in the European Parliamentary election. Described by The Guardian as “a ball of energy, conviction and warmth”, Daze's advocacy for racial systemic change has led her to work with many leading charities, NGOs and grassroots change makers globally. She has strong ties with the climate movement Extinction Rebellion since its early days. She is currently a Creative Director at Earthrise Studios, a environmentally focused media company, as well as a consultant for a variety of NGOs, an artist in residence at Phytology and a monthly contributor to Sky TV’s climate show.

Ed Gillespie is a writer, communications specialist, serial entrepreneur and futurist. He is the author of ‘Only Planet – a flight-free adventure around the world’ a book about his circumnavigation of the globe without getting on a plane, which the Independent said “Allow[s] the world’s flaws and beauty to seep into your soul”. Ed co-presents two leading podcasts, 'The Great Humbling' with Dougald Hine, and 'Jon Richardson and the Futurenauts - How to survive the apocalypse' with comedian Jon Richardson and fellow reluctant futurist Mark Stevenson. Ed was the co-founder of Futerra, a change agency that specialises in business transformation and creative communications and campaigns. Ed is a facilitator with the Forward Institute where we works on responsible leadership with 25 of the UK’s biggest institutions, a Director of Greenpeace UK and a Trustee of Ecolibrium. Ed is also actively involved in a number of pioneering ethical businesses as a Director or Investor.

Emma is an experienced business leader with an extensive background in leveraging customer data and behavioural science for the benefit of leading FTSE 100 companies. She was one of the founding team who set up i2c- a leading customer data & insights business for Sainsbury’s. As Commercial Director at Virgin Management, she experienced first hand the value of putting purpose at the heart of the business. Joining CoGo gave her the opportunity to combine her passion for data for good with a drive to help empower consumers to live more sustainably & ethically through better insights. Since joining, Emma has driven significant scale and impact through partnerships with leading Financial Institutions including NatWest and Santander. She has two energetic children, a patient husband, and being half Norwegian loves to ski and drink wine, preferably at the same time.

Farhana Yamin is an internationally recognised environmental lawyer, climate change and development policy expert. She has advised leaders and ministers on climate negotiations for 30 years, representing small islands and developing countries and attending nearly every major climate summit since 1991. In addition to founding Track 0, she is an Associate Fellow at Chatham House, a Senior Advisor to SYSTEMIQ, an FRSA and Visiting Professor, University of the Arts, London. She was voted Number 2 on the 2020 BBC’s Power List with the judges describing her a “powerhouse of climate justice” and is active in numerous community-based initiatives and social justice movements.

Fiona Harvey is an award-winning journalist who has covered the environment since 2004, at the Financial Times and subsequently for the Guardian newspaper. She has written extensively on every environmental issue, from air pollution and biodiversity to ocean plastic and climate change. Her assignments have taken her as far afield as the Arctic and the Amazon, and she has attended almost every UNFCCC Cop since 2004, including reporting live from the 2015 Paris conference. The long list of major world figures she has interviewed includes Antonio Guterres, Ban Ki-moon, Tony Blair, Jose Manuel Barroso, Noam Chomsky, Mikhail Gorbachev and Sir David Attenborough. Among numerous awards and recognitions, she has twice won the Foreign Press Association award for Environment Story of the Year, the British Environment and Media Awards journalist of the year, and in 2020 she was named in the Woman’s Hour Power List of 30 top UK women, focusing on Our Planet.

Mark Maslin FRGS, FRSA is a Professor of Earth System Science at University College London. He is a Royal Society Industrial Fellowship, Executive Director of Rezatec Ltd and Director of The London NERC Doctoral Training Partnership. He is a member of Cheltenham Science Festival Advisory Committee and sits on the Corporate Social Responsibility Board of the Sopria-Steria Group and Sheep Included Ltd. Maslin is a leading scientist with particular expertise in past global and regional climatic change and has publish over 175 papers in journals such as Science, Nature, and The Lancet. He has been PI or Co-I on grants, projects and consultancy worth over £65 million. His areas of scientific expertise include causes of past and future global climate change and its effects on the global carbon cycle, biodiversity, rainforests and human evolution. He also works on monitoring land carbon sinks using remote sensing and ecological models and international and national climate change policies.

Matt leads Google’s business and operations in Europe, the Middle East and Africa - helping people, communities, companies and countries make the most of technology. Joining Google in 2007 to help build its business in the UK, he became MD of Google UK two years later. In 2011, he was promoted to lead Northern and Central Europe, before taking over as President of Business and Operations in EMEA in 2014. In his current role, Matt has been a driving force behind Grow with Google, a global initiative that’s trained 10M+ across Europe, the Middle East and Africa on skills needed for the jobs of the future - working side by side with partners ranging from German trade unions to small business federations to the UN World Tourism Organization. Matt is a trustee of charity The Media Trust, was a non-executive Director at retailer Sainsbury’s for nine years to 2020 and previously for nine years a trustee of The Climate Group.

Sir Tim Smit is best known for his achievements in Cornwall. He ‘discovered’ and then restored ‘The Lost Gardens of Heligan’ with John Nelson, which is now one of the UK’s best loved gardens having been named ‘Garden of the Year’ by BBC Countryfile Awards (Mar 2018). Tim’s book ‘The Lost Gardens of Heligan’ won Book of the Year in 1997. Tim is Executive Vice-Chair and Co-founder of the multi award-winning Eden Project in Cornwall. Since its opening in 2001, over 22 million people have come to see a once sterile pit, turned into a cradle of life containing world-class horticulture and startling architecture symbolic of human endeavour. Tim is also Executive Co-Chair for Eden Project International which aims to have an Eden Project on every habited continent by 2025.

Since dropping banners against Heathrow Airport's third runway from the roof of the Houses of Parliament, Tamsin has consistently shifted public conversation on the climate and ecological emergency. They have organised (and been arrested for) a number of high profile protests, co-founded a Suffragette inspired environmental group called Climate Rush, coordinated (the successful) Save England's Forests coalition, founded a CIC - The Momentum Project - that mobilises the community surrounding London City Airport, led global corporate campaigns as Head of Global Campaigns at Lush Cosmetics and been a founding member of Extinction Rebellion. In 2021 Tamsin stood for co-leadership of the Green Party of England and Wales. They are also active in queer uprising. They are a theatre maker and author of RUSH! The Making of a Climate Activist and and Do Earth: Healing Strategies for Humankind. 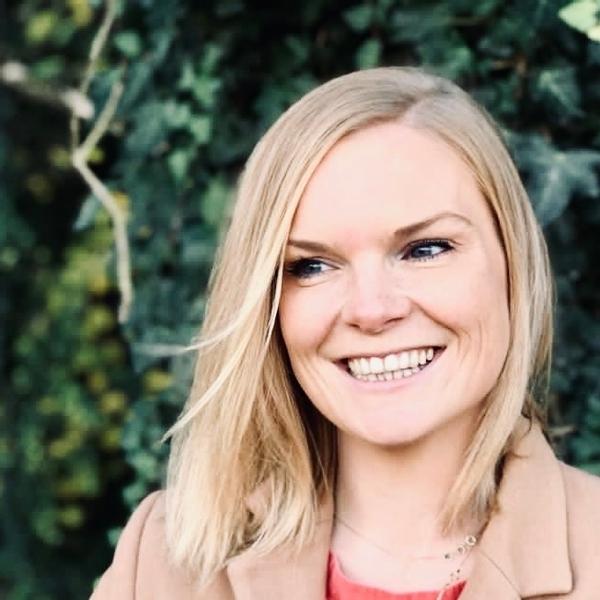 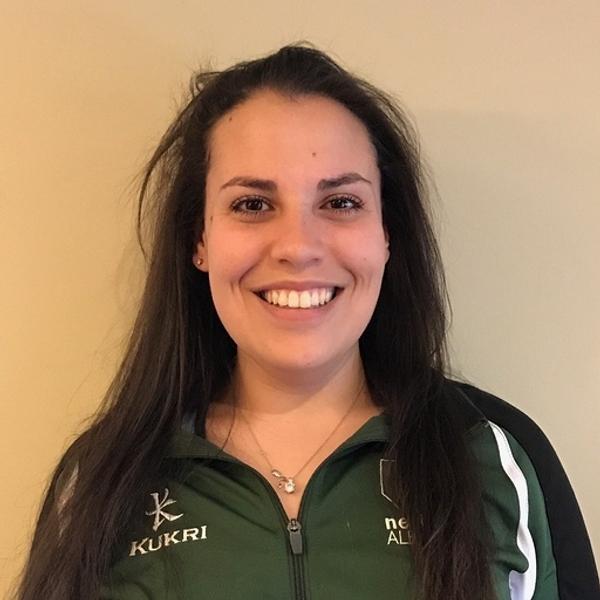