Highlighting women who have inspired others with the work they have contributed to their communities and the world.

Amy Leonardi earned her B.S. in Elementary Education & English from Bridgewater State University with a certification in Special Education. After teaching elementary education for four years, she switched gears to the Accounting industry where she serves as the Firm Administrator for Gary DellaPosta, CPA in Falmouth, MA where she manages over 700 client portfolios. Additionally, after seeing a need for an online support network for parents and families she founded Cape Cod Moms in 2011. Cape Cod Moms is an online and in person resource to engage local parents, caregivers and businesses to enhance community relationships in the region. She founded and manages the Falmouth Outdoor Learning Project, which seeks to support outdoor education in all seven Falmouth public schools. She is a spokesperson and advocate for outdoor education opportunities on a national level. She has been recognized as one of Cape & Plymouth Business Magazine’s Top 40 Under 40 Young Professionals in the region.

Brooke Neva Sullivan is a non-profit champion rallying causes and supporting several local and national charities through volunteering to board memberships. She has spent her career working with and for strong women to help them elevate in their careers and professional lives as a People Team leader for several global and local NH-based organizations.

Courtney Clark directs the Everywhere She Maps program for YouthMappers, a global network of students, researchers, educators and scholars that use public geospatial technologies to highlight and directly address development challenges worldwide. Through her role, she leads efforts to increase inclusiveness in the geospatial community by empowering women student geographers to build their technical capacity, gain leadership experience, and direct mapping projects that use innovative open data methods to address gender inequality. She is also a Manager of Sponsored Projects for the American Geographical Society, where she leads the society’s Geography Educator Initiative to support Advanced Placement Human Geography teachers. She was elected to the Board of Directors of the Humanitarian OpenStreetMap Team. Courtney has presented the importance of open geographic data for international development at the White House and the United Nations.

Elizabeth Swanson, Ph.D. is a professor, writer, and activist in the global human rights arena with special expertise in African American culture and history. She has devoted her life to unearthing stories and truths that have been suppressed through violence and oppression, as evidenced in her many books, essays, courses, and talks around the world. Elizabeth has worked with survivors of torture, brothel slavery and sex trafficking, and incarceration, and has published a collection of essays by survivors and human rights workers. At a local level, she has also served as a Commissioner and Chair of the Cape Cod, Massachusetts, Human Rights Commission. Elizabeth is a 30 year resident of the Upper Cape, living in Forestdale, Centerville, and now, East Falmouth. Deeply attached to this land, this place, these people: what an honor to be part of TEDXMashpeeWomen!

Emily Smalley is the Chief Executive Officer of Calmer Choice. Headquartered in South Yarmouth, Mass., Calmer Choice teaches mindfulness-based social emotional learning programs in Cape Cod and Southeastern Massachusetts schools, businesses, and communities. Emily joined Calmer Choice in 2017 and became its CEO in 2021 after a 20-year career in senior leadership positions at several Boston-area nonprofits and educational institutions. As a woman in long-term recovery as well as someone who has experienced her own health and wellness concerns, Emily melds her lived experience and professional career in leading Calmer Choice. Born and raised in Maryland, Emily holds an M.F.A. in Creative Writing and a B.A. in English from the University of Maryland, College Park. She has also earned certificates in Nonprofit Management and Leadership from Tufts University and Kellogg School of Management, Northwestern University. Emily and her family live in Raynham.

Kelsie Brook Eckert (she/her) is an award winning history teacher and consultant. She has taught high school social studies for the better part of a decade and is now a Professor of Social Studies Education at Plymouth State University. She was the 2020 Gilder Lehrman NH Teacher of the year and 2019 Nominee, a 2016 Normandy Scholar, the 2015 NH National History Day Teacher of the Year, and serves on the NH Council for Social Studies board of directors (NHCSS). She developed a lesson plan for the HISTORY Channel on women’s history and maintains the NH HUB for the C3. She has a Masters in Social Studies Education and was the recipient of several academic awards including Graduate Assistant of the Year, and Outstanding Graduate Alumni Award.

Marie Younger Blackburn has been empowering women to be the change in their communities for many years. Her roles as most Notable Networker (BNI), Certified Networker, The Referral Institute, graduate of Leadership Cape Cod, and founder of HOPP (Hour of Profitable Power) have led her to build an extensive network of entrepreneurs, small business owners, community leaders, and public officials. Known as “the Connector,” she utilized her skills to become the Visionary and Event Planner of Driven Cape Cod's Conference For Women, comprising conferences, retreats, and celebratory events to honor the accomplishments of women. Marie uses her platform to host "Driven Women T.V., Conversations That Matter," and a Facebook page titled “Let Me Tell You A Story.” She is a social justice advocate, particularly of inclusion for people with diverse abilities, such as her seventeen-year-old son, Chase, who has Down syndrome (#includeme).

Dr. Marie Price is a Professor of Geography and International Affairs at the George Washington University in Washington, DC. A Latin American and migration specialist, her studies have explored human migration’s impact on development and social change. She is also the President of the American Geographical Society (2016-present) and a non-resident fellow of the Migration Policy Institute. In Arlington, VA she serves on the Board of the Dream Project-VA that supports immigrant youth through scholarships and mentoring. In 2017 she participated in an UN expert group on sustainable cities, human mobility and international migration, and in 2018 she gave the keynote at the UN Commission on Population and Development. She is co-author of two leading textbooks in world geography. Marie earned her graduate degrees in geography at Syracuse University and her undergraduate degree from the University of California, Berkeley.

Nicole has an undergraduate degree in Marine Biology, a Masters degree in Engineering, and certificates in Geographic Information Systems and Project Management. She is also a dual rated pilot, certified to fly both fixed and rotary wing aircraft. Throughout her career Nicole has supported scientific operations in the National Oceanic and Atmospheric Administration (NOAA). She has operated research ships in both the Atlantic and Pacific Oceans, served as a divemaster, and commanded research aircraft on a variety of scientific missions spanning from the equator to the arctic. She currently supports the scientific research conducted by NOAA's Northeast Fisheries Science Center in Woods Hole, Massachusetts, where she serves as Deputy Director. With a focus on organizational health and people, she champions efforts to improve diversity, equity and inclusion in her institution and her community.

Miranda Martone is the Founder and CEO of the Sexual Violence Prevention Association (SVPA). They founded the SVPA with the mission to prevent sexual violence systemically by revolutionizing policy, research, and institutions. Their research and advocacy has been awarded by the United Nations Millennium Fellowship and the Clinton Foundation. They have their BA from Northeastern University and their MPP from Brown University. 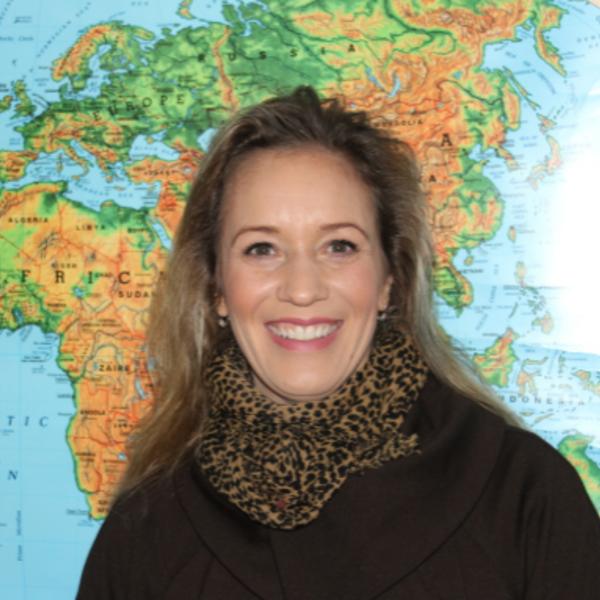