In it’s 7th year, TEDxlytteltonWomen will be showcasing speakers from around the continent who represent women’s political, economic, and civic participation. The theme What Now? is aligned to TEDWomen's bold question, sparking reflections on technology, innovation and design as well as science and culture, with responses from the lens of African women.

Ms Anne Githuku-Shongwe joins the Joint United Nations Programme on HIV/AIDS (UNAIDS) as the Director, Regional Support Team, East and South Africa, based in Johannesburg, Republic of South Africa. She brings to her role 20 years of experience as a senior international development professional including with the United Nations Development Programme across Africa and Management consulting in the United States of America. Ms Anne Githuku-Shongwe last posting was as Representative for UN Women's South Africa Multi-Country Office (SAMCO), which is responsible for women's empowerment and gender equality in Botswana, Lesotho, Swaziland and Namibia as well as South Africa, where the office was based.

Catherine Wijnberg is a seasoned business leader and entrepreneur who is passionate about the radical scaling of small businesses as a tool to enable inclusive economic growth, generate social well-being and job creation. As CEO and founder of the social enterprise Fetola, she leads a dynamic partnership of growth professionals that build businesses that last – creating thousands of reliable, responsible and resilient businesses that become the anchor of our economy and deliver positive impact in communities across South Africa. Through its four accelerators, Fetola works across multiple sectors including rural and peri-urban business, youth entrepreneurship, sustainability, circular economy, and social enterprise. Born in Zambia and educated in England, Scotland and Australia, she holds a Masters in Agriculture from the University of Queensland, Australia and an MBA from Henley Business School.

Celeste Diale is a 28-year-old, Youth Peacebuilder & Concept Developer, Generation Equality Forum Youth Peace Journey – PECEPOD CO Founder; from Centurion, South Africa. Her focus is in peacebuilding & concept development through the application of design principles for human behavior and the design of social deconstructions. Celeste promotes innovation in peacebuilding among the youth in areas of Intercultural Dialogues, Social System Design and Dialectical Behavior .

Senior Fellow of the Atlantic Institute for Racial Equity.

Dorah Marema is a Senior Fellow of the Atlantic Institute for Racial Equity. She has worked with a wide range of NGOs and in different sectors both rural and urban settings since 1997. She has been involved in issues of sustainability since 2000 and she worked with a wide range of multi-stakeholder participatory initiatives involving communities, NGOs, government and other institutions in various sectors including small-scale agriculture, environment, climate change, renewable energy, gender and land-rights at local, national and international levels. She was part of the GreenHouse Project which established an Environmental Sustainability Demonstration Centre in inner-city Johannesburg, which also managed for 5 years.

About Bev (She/Him/They/Them) Dr Bev Palesa Ditsie (Hon) is radical gender non-conforming lesbian activist, an award winning filmmaker, musician and TV director who was instrumental in bringing LGBTIQ+ rights into focus in the late 80’s and 90’s in SA and the world. They are a founding member of the first multi racial LGBTI organisation in South Africa, GLOW. In a major visibility campaign, Bev became the first black lesbian to come out in the media challenging the discrimination against queer people. They spoke and led the First Pride March in 1990. Their first film, Simon & I, won Best documentary at the Oxfam/Vues ‘d Afrique in Montreal, Canada, in 2004. They are a first of many things, but is best known for being the 1st African lesbian to address the UN at the 4th World Conference on Women in Beijing (1995), the subject of their latest documentary, Lesbians Free Everyone, filmed entirely during the Global lockdown of 2020.

Kemi Oye is a Career Coach, HR Professional, Trainer and Speaker based in the UK. Known as ‘The Career Doctor’, She helps female career professionals that are unsatisfied and feel stuck in their job discover their perfect career match so they are fulfilled in life. Kemi is the founder of the career fitness™️ club, a newly established community for career professionals that are on a mission to excel and be highly sought after in the market place. Kemi’s professional background is in Human Resource Management with over two decades of experience working with senior leaders from mid level to Board level Executives. Some highlights of her work include: Working as the HR Project lead for two multi million pound projects in the UK. The first being a £160m project to transfer employees into the biggest cardiovascular centre in Europe and a £150m project to select and appoint the right employees for the biggest cancer centre in the UK.

Nizenande is a Learning and Development Specialist and Strategist. She has a particular interest in creating learning methodologies for African people development and entrepreneurial advancement, with a focus on equipping African professionals with the tools to perform and thrive. She has vast experience in programme content development and facilitation, having created programmes for MBA students from leading universities across all seven continents. She is an educator and orchestrator for Duke University Corporate Education programs.

Noluvuyo Gqadu is an award-winning technology professional. She is a Founder for CodeNgwana, an organisation that is focused on teaching kids how to code. Her main objective is to help the African child go digital through teaching computational thinking and coding to kids. She has 12 Years’ experience in the Information Technology (IT) industry, fulfilling various IT functions and roles within various organizations. She has a huge passion for solving social issues through technology. In her line of work, she has been privileged to contribute and expand her knowledge on disciplines such as the mental health space for children, EdTech (education and technology) communities and social entrepreneurship spaces across the globe to help alleviate poverty in Africa.

Chairman and Founder of IDF Capital

Polo Leteka is a highly accomplished and experienced entrepreneur and private equity investor. She is the Chairman and Founder of IDF Capital - a South African based entrepreneurial financier and advisory firm. Through IDF Capital, Polo has contributed towards changeling investments into women owned SMEs across South Africa. In 2015, she co-founded AlitheiaIDF to continue investing in high growth businesses across Sub-Saharan Africa that are women owned and led.

On a mission to impact a billion lives by 2025 and democratise safety, Stephenie Rodriguez is the Founder and CEO of start-up JOZU FOR WOMEN INC, creative designer of the WanderSafe application, and the inventor of the international award-winning Shakti and Beacon non-violent personal safety systems. Stephenie is a serial entrepreneur, an international citizen, a leading digital futurist and an award-winning digital, mobile and social media strategist and keynote speaker.

Thami Nkadimeng, A global citizen known as the “The Message Architect"" with a passion for bettering the world by untangling complex and intricate topics through conversation for executives and organizations around the world. By doing so, she has influence on positive change towards a better world and contributes towards the United Nations sustainability goals the narrowing of social disparities in a provoking, directed, motivated and effective manner. She advocates being the example of change you want to see in the world as individuals. Another one of Thami's passions is in advancing Africa, which then saw her being selected as an ambassador for brands with that very focus. She holds an undergraduate degree in Communications Science, a post degree diploma in Marketing Management (cumlaude) and an Honours Degree in Integrated Organisational Communication.

Tobeka Lwana is a thought leader on Inclusion in South Africa. As a woman living with achondroplasia, a condition commonly referred to as dwarfism, presenting its self in the form of short limbs or physical stature - she is vocal about lack of equity and /or the exclusion of people with disabilities, women, and other marginalized communities across various spheres of society.

Tumelo Sole is an 11-year-old young girl who is versatile, driven and an all-rounder. She is a swimming and ballet enthusiast. Tumelo is an avid reader. She often reviews numerous books on her social media accounts such as Instagram, Facebook and Twitter. Tumelo is currently in the Top 5 in her grade and has an average of 80% - 100%. Tumelo Sole has attended various important functions as a speaker, particularly on issues affecting women and children. These include: a) UN Women Generation Equality: 30 June 2021 - Tumelo Sole was the only young guest speaker at this event which included the Former Miss Universe, Zozibini Tunzi and the Former Miss South Africa, Shudufhadzo Musida. b) Generational Leadership: Youth Conversation with Dr Phumzile Mlambo-Ngcuka: 28 September 2021 - Tumelo Sole was one of the speakers at this event and had an opportunity to interact with Dr Phumzile Mlambo-Ngcuka. 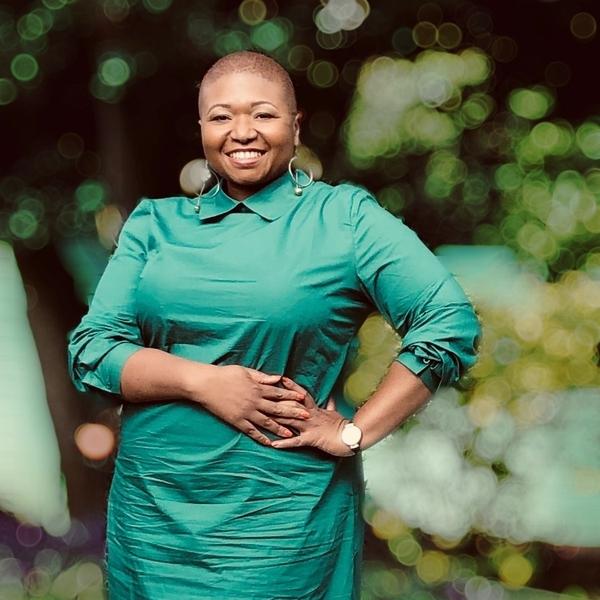 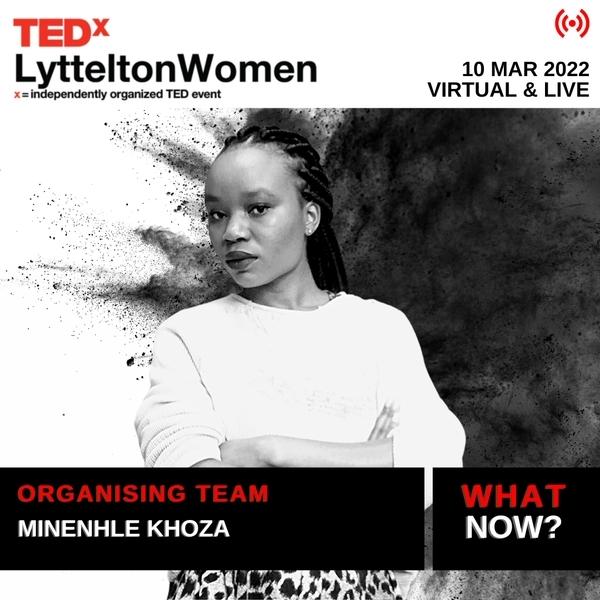