Come together for a day of growth, inspiration and discovery. Join us March 27, 2022 from 1:00 p.m. to 5:00 p.m. at the Conrad Prebys Performing Arts Center in La Jolla for an afternoon full of self-discovery with exciting speakers and amazing performances—and ideas worth spreading!

Brandon (aka Box of Beats) Martinez

Box of Beats is a one-of-a-kind recording artist, songwriter and live performer from Los Angeles, CA. He creates musical compositions live on stage using nothing but his mouth, his voice, a synthesizer, and a loop station. His live show consists of moving auditory experiences that start as one single sound, then layers more sounds into large music compositions right before your eyes. All elements of a song—bass, melodies, percussion—being composed live on stage. With his extensive history in vocal percussion, he uses his mouth to incorporate live sounding instruments such as drums, trumpets, and violins. He has independently landed placement deals with Netflix for his original music, and is pioneering for the acapela community trying to bring it into the mainstream market. Box of Beats' new album is set to release in early 2022.

Director of Research and Associate Scientist at the Arthur C. Clarke Center for Human Imagination at the University of California, San Diego (UCSD), Executive Director of the John W. Brick Mental Health Foundation

Cassandra Vieten is Director of Research and Associate Scientist at the Arthur C. Clarke Center for Human Imagination at the University of California, San Diego (UCSD), Executive Director of the John W. Brick Mental Health Foundation, co-founder and Clinical Psychology Director at the Psychedelics and Health Research Initiative at UCSD, and a Senior Fellow at the Institute of Noetic Sciences. She is a licensed clinical psychologist. Her research has focused on spirituality and health, transformative experiences and practices, the development of mindfulness-based interventions for emotional well-being, and development of media technologies to inspire awe. She received her Ph.D. in clinical psychology at the California Institute of Integral Studies. She was a Scientist at the Mind-Body Medicine Research Group for 12 years, and worked at the Institute of Noetic Sciences for 18 years. She has authored three books and has published numerous articles in scientific journals.

Dr. Edith Eva Eger published her NY Times best-selling memoir, The Choice, at the age of 90 in 2017. In 2020, during COVID lockdowns, she published her Internationally best-selling guidebook, The Gift. She survived Auschwitz, is a practicing, world-renowned Psychologist, a great-grand-parent to seven, and the embodiment of lighthearted love and positive energy. Both books are translated into 30 languages.

Gill Sotu is a veteran, poet, playwright, DJ, and performing artist. He is a 2x Grand Slam Poetry Champion, 2x Raw Performing artist of the year, and a 3x TEDx San Diego presenter. Currently, he is a teaching artist and a commissioned playwright with The Old Globe Theatre, a teaching artist with The La Jolla Playhouse and the Poet in Residence for the San Diego’s Writer’s Fest. He has been commissioned to produce original pieces for leading arts and community organizations around the country and is honored to be a part of this event.

Immanual Joseph is a Compassion Activist, a high school science teacher, a 2 time TEDx speaker, and a former cancer scientist. He has authored fiction and non-fiction books in two languages, as well as multiple scientific publications, book chapters, and articles. Immanual has a Ph.D. in Biochemistry from Tulane University, New Orleans, and is a certified professional coach. Immanual has taught compassionate leadership skills in organizations globally. He dreams of a world without walls, of global harmony, and workplaces that empower their people to thrive. Immanual currently resides in McKinney, Texas, with his wife and kids (two human, one furry).

Zen Master Bon Jacques-Pierre Cole comes from the practice and lineage of the Ngagpa tradition of Tibetan spiritual legacies. His curiosity of “Why we are…” has led him down a lifelong journey of wonder and beauty. He has served our country with military service, built non-profits to help those in struggle, and he now teaches and mentors others to find their authentic purpose. He has traveled all over to discover the beauty of authentic human kindness. In addition to individual mentoring, leading meditation sittings and retreats, he published his early life memoir, ”Seven Attempts 17,000 Thoughts: Suicidal to Survivor, A Man's Journey to Save Himself.”

Jake Shimabukuro has challenged and changed all notions of what is possible with a ukulele. Known for lightning fast fingers and revolutionary playing techniques, Jake Shimabukuro is a master of the ukulele. His music combines elements of jazz, blues, funk, rock, bluegrass, classical, folk, and flamenco. Shimabukuro has written numerous original compositions and is a very active community servant speaking to students at different schools about the importance of chasing after one’s passion and living a positive life. Jake was featured in an interview at TED 2010 and performed at the inaugural TEDxSanDiego in 2010.

Laura is a strategic communications expert who helps women achieve and succeed in positions of power. She has served as a trusted advisor to multiple Members of Congress, a Speaker of the California State Assembly and a President Pro-Tem of the California Senate. Laura has helped build and raise the profiles of women seeking to launch and lead companies, serve on boards and commissions and run for public office. She has represented scientists battling gender discrimination at storied research institutions, hotel and grocery workers raising their voices for respect on the job, and women publicly confronting those who abuse their power - from elected officials and CEOs to a sitting Supreme Court Justice. She has counseled entrepreneurs, labor leaders, high profile philanthropists, attorneys and corporate executives — architecting the strategy and narrative that propels them to power.

As one of the earliest established taiko organizations in San Diego and with over 25 members, Naruwan Taiko performs Japanese-style drumming of the highest energy with a focus on strong stage presence, joyful expression, and powerful hitting. Though the art form of taiko has its origins in Japan, the name of Naruwan Taiko comes from the word “naruw’an” which is from the indigenous Taiwanese Ami language and conveys “Welcome [for] we are all in the same family.” This was made to represent our founder’s heritage and to share the message that taiko can be open to everyone. Founded by Diana Wu in 2008, the ensemble has performed all around Southern California including Legoland, Sea World, Balboa Park, and TEDxTemecula. Diana was also a featured artist at HERbeat, the world's first all-women taiko production starring the most influential female taiko players from around the globe.

Pablo Fernandez, a community builder passionate about human connection, is the founder of Secret Table, a renowned experience design company that connects leaders, innovators, artists, and entrepreneurs. On a mission to share the importance of in-person connection and supportive community, he advises multiple start-ups and serves on the board or leadership team of various nonprofits, such as the San Diego Food Systems Alliance. He is also a start-up mentor through the Founder Institute. Pablo has hosted and produced over 300 events over the past decade and, most recently, is advising Experience House, a one-month creative mastermind and artist residency for experience designers and community builders.

Stephanie is a serial entrepreneur who successfully launched Epitracker, Seraphina Therapeutics, two clinical research programs within the Department of Defense and non-profit sector, and founded public health education programs in the community and at the CDC. She has over 60 peer-reviewed scientific publications and book chapters and is the lead inventor on over 40 issued and pending patents. For her entrepreneurial work in the health industry, Stephanie was awarded the Department of Human and Human Services Secretary's Award for Innovations in Disease Prevention and Health Promotion. Stephanie received her B.S. in Animal Physiology and Neuroscience from UC San Diego, D.V.M. from Tufts University, M.P.H. from Emory University, and was a National Research Council Associate with the Armed Forces Medical Intelligence Ctr. Stephanie has worked for the CDC, WHO, and Defense Advanced Research Projects Agency. She is an Albert Schweitzer Fellow for Life.

Tobi Gbile is a driven storyteller who combines her individuality with her experience in the fashion, TV, and music industries. Currently based in Los Angeles as the Product Marketing Manager for the monumental and influential adidas x IVY PARK collaboration, and Talent Manager of rising North Carolina based artist TGBEAM. Additionally, a published teen fiction novelist of the "The Stunnerz", co-host of the pop culture podcast The Weekly Baecay, and the editor behind Girl With Purple Gucci’s. Featured on Season 2 of the MTV International show "Video Love", analyzing today's most iconic music videos.

Trisha Williams is the CEO of Origami Air, a virtual reality production company based in San Diego, CA which focuses on bringing new communities together around simulated travel, future foresight, and aspirational collective imagination. Since graduating with a Master’s in Interactive Technology from The Guildhall at SMU, Trisha has spent the last 15 years building 3D worlds in the video game and innovation industries. As a leader in creating immersive spaces, Trisha has collaborated with The USC Cinema World Building Media Lab, Marion Ewing Kauffman Foundation, Sundance New Frontiers, and is currently working in affiliation with the Arthur C. Clarke Center for Human Imagination and UCSD Innovation. 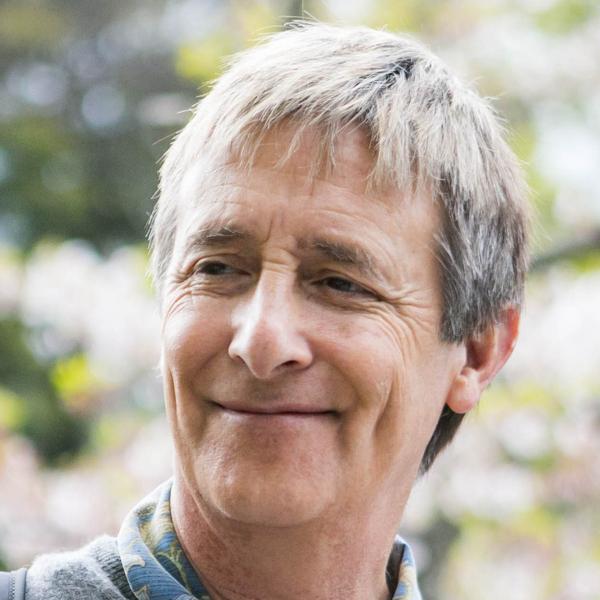 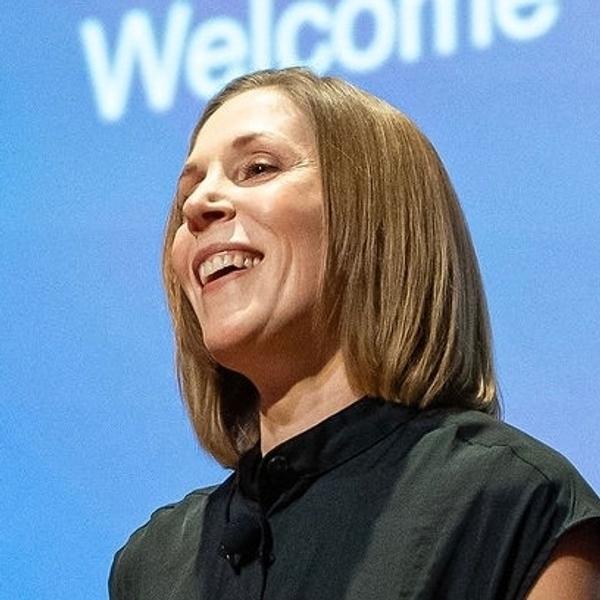